As the government packed up for Christmas, it hoped we'd miss this huge blow to its plans - Canary 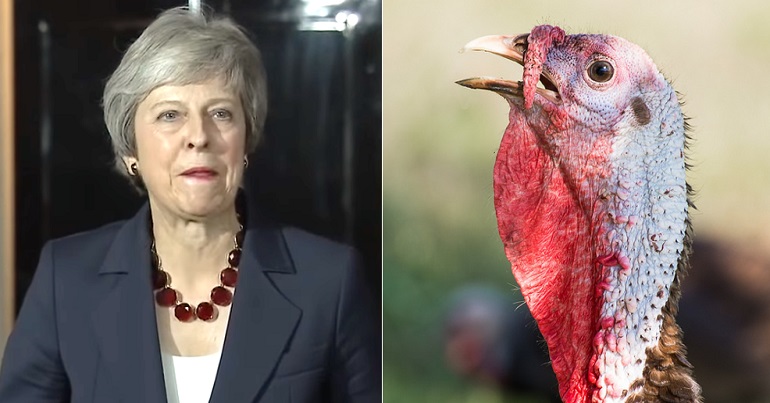 A campaign group’s legal challenge to the government just before Christmas revealed a staggering admission about its plans. And the upshot is that 2019 could be the year a controversial policy effectively becomes dead in the water.

Campaign group Talk Fracking is led by fashion designer Joe Corré. It was in court from 18 to 20 December 2018 applying for a judicial review of the government’s fracking policy. The case is based around the fact that Corré and Talk Fracking question the legality of certain policy decisions the government has taken.

The case is citing two particular government actions. The first is a written statement made in May 2018 by secretary of state for business, energy and industrial strategy Greg Clark. The statement instructed local authorities not to set “restrictions or thresholds across their plan area that limit shale development without proper justification”.

Then, on 24 July 2018, the government released its revised National Planning Policy Framework (NPPF), which included updates on fracking. One particular section related to fracking (section 209a) stated that authorities should:

recognise the benefits of on-shore oil and gas development, including unconventional hydrocarbons, for the security of energy supplies and supporting the transition to a low-carbon economy; and put in place policies to facilitate their exploration and extraction

As independent media site DrillOrDrop reported, the guidance (and Clark’s statement in May) effectively relaxed the rules around fracking. And it is section 209a of the NPPF that part of Talk Fracking’s case centres around.

During the court hearing, however, the government’s lawyer made a staggering admission.

Talk Fracking told The Canary that the government’s lawyer, Rupert Warren QC, said of section 209a:

[It] does not prevent any additional evidence being taken into account by mineral planning authorities.

As DrillOrDrop reported, Warren admitted (after further questioning from the judge) that local authorities effectively still hold decision-making powers about fracking. He also said that:

209a cannot dictate to the plan-maker and decision-maker. There will be different factors. Things change over time…

Other people can come along with evidence over time and show that the WMS [Clark’s written statement in May] is so out of date as to be proved wrong.

This has been hailed by Talk Fracking as showing that the NPPF carries “no weight”. Because local authorities can now effectively dismiss fracking applications on the grounds that fracking will worsen climate change; not least through its contribution to greenhouse gas emissions.

The Canary asked the Department for Business, Energy and Industrial Strategy for comment. But it had not responded at the time of publication.

Corré said in a statement for The Canary:

[The government] have admitted under questioning from the judge, Justice Dove, that… [section 209a] in the NPPF carries no weight. C

In practice, Warren’s statement does have major implications. Because the NPPF only made provision for the rejection of coal extraction on environmental grounds; no mention was given to shale/fracking. So Warren has effectively contradicted the NPPF.

But there’s a catch.

Preston New Road, near the village of Little Plumpton in Lancashire, is at the centre of a row over fracking. Cuadrilla has permission to explore the site for shale gas. Local people, however, are against the company’s plans. And they have stepped up their protests since January 2017. But Preston New Road shows why Warren’s statement should be cautiously welcomed.

Originally, Westby Parish Council, Fylde Borough Council, and Lancashire County Council all refused to grant Cuadrilla a licence to frack. But in October 2015, then communities secretary Sajid Javid stepped in. He overrode the councils’ decisions, allowing Cuadrilla to frack. As The Canary previously reported, a court dismissed a campaign group’s legal challenge of Javid’s actions in April 2017. This effectively gave the government a green light to override local authorities. So the chances are that, even with Warren’s admission in court, the government still has the power to intervene where it sees fit.

A sting in the tail for fracking

But it’s not over yet. A judge will rule on Talk Fracking’s bid for a judicial review in February. If it goes ahead, and if a court then agrees that the government has acted unlawfully, it would leave the government’s NPPF in tatters, as it would have to take its plans back to the drawing board.

As The Canary previously reported, Clark’s written statement and parts of the NPPF have ignored three years of additional evidence about fracking’s negative effects. If the government had to go back to the drawing board, it would be difficult for it to ignore the scientific grounds against fracking. Also, it would have to prove that fracking is compatible with its obligations under the Climate Change Act 2008.

All in all, it seems fracking will be on the ropes this year. And 2019 could well be the year this dirty industry is consigned to the dustbin of history.