With all eyes on Brexit, Caroline Lucas caught ministers sneaking out a damning report - The Canary 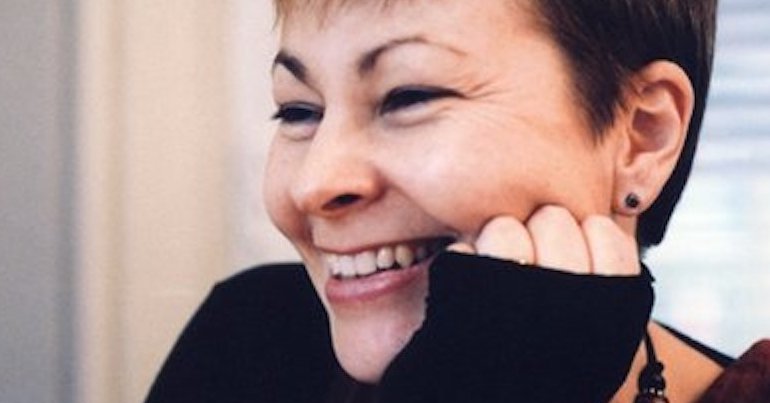 Brexit chaos continues to dominate the headlines. But Green MP Caroline Lucas caught Conservative ministers sneaking out a damning report. And it’s one that affects us all. The implications of this are devastating.

Ministers have just sneaked out a key report assessing progress to protect nature and wildlife.

This Government cannot be trusted on the environment.

The CBD is a vital convention to protect the interplay between plants, animals, resources and human life globally:

Signed by 150 government leaders at the 1992 Rio Earth Summit, the Convention… is dedicated to promoting sustainable development. Conceived as a practical tool for translating the principles of Agenda 21 into reality, the Convention recognizes that biological diversity is about more than plants, animals and micro organisms and their ecosystems – it is about people and our need for food security, medicines, fresh air and water, shelter, and a clean and healthy environment in which to live.

As one of the signatories, the UK has a vital role to play. And yet as this latest report shows, the Conservative government is failing to meet 14 out of 19 targets.

“We are pushing our planet to the brink”

The need to stick to CBD targets has never been more important. Because our planet’s future hangs by a critical thread.

In November 2018, the World Wildlife Fund (WWF) produced its Living Planet Report. This established that in just over 40 years there’s been a 60% decline in mammal, bird, fish, reptile and amphibian populations. It stated that:

We are pushing our planet to the brink. Human activity—how we feed, fuel, and finance our lives—is taking an unprecedented toll on wildlife, wild places, and the natural resources we need to survive.

The report also identified that the most urgent threats come from:

human activities, including habitat loss and degradation and the excessive use of wildlife such as overfishing and overhunting.

It’s exactly these activities that CBD targets relate to. Yet as the WWF report stated, we face a:

rapidly closing window for action and the urgent need for everyone—everyone—to collectively rethink and redefine how we value, protect, and restore nature.

Time is running out. Since 2011, scientists have warned that “a sixth mass extinction may be under way” because species are declining so fast.

And this isn’t the only issue. In October 2018, the UN Intergovernmental Panel on Climate Change (IPCC) released a devastating climate report. This concluded that global warming must be kept to 1.5°C at the most, half a degree hotter than right now, to limit the most severe effects of climate change. According to the report, we don’t have much time left. It says:

In short, the IPCC says 0.5°C more warming will bring some pretty dire consequences: rising seas, droughts, further loss of biodiversity and more. But hitting 2°C would be catastrophic.

Again, the CBD targets are set up to protect the delicate interplay between humans and the natural environment. Missing fourteen out of nineteen targets has truly devastating and terrifying implications. And Lucas is absolutely right: this government “cannot be trusted on the environment”.

“We have run out of excuses, and we are running out of time”

As Lucas pointed out, this latest report shows the government’s failure to reach even the most basic targets to protect UK environment and species.

Yet despite these pressing issues, the UK government and most global leaders still fail to act. In fact, the strongest voice of reason in this crisis is coming from children. As sixteen-year-old Greta Thunberg told the UN in 2018: “We have run out of excuses, and we are running out of time”.