Stricter gun control could save the US millions in healthcare costs. So why not do it? - Canary 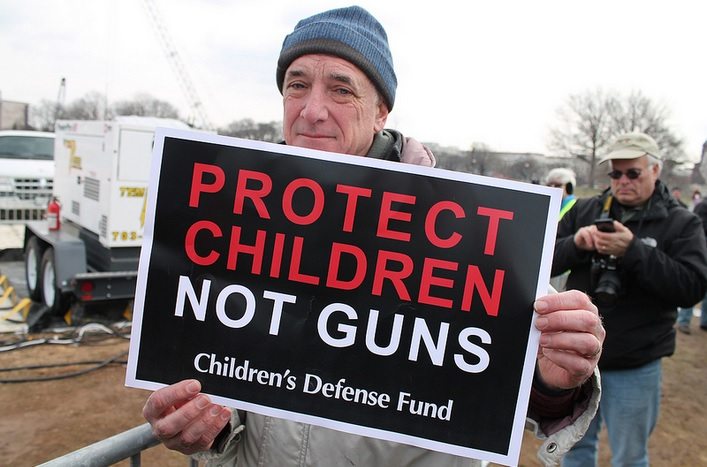 In the aftermath of the Umpqua Community College shooting in Oregon, researchers have revealed this week that non-fatal injuries resulting from gun violence costs US hospitals an estimated $679 million per year. In doing so, they may have unearthed the crucial link between gun control and improving the country’s healthcare system.

The study examined how non-fatal shootings affected the US healthcare system, over a 14-year period from 1998 to 2011 – equating to a total of cost of around $9bn. The average victim of a non-fatal shooting spends almost 7 days in hospital at an average cost of $22,000 per person. This does not even include medical costs for physicians, as well as indirect costs caused by lost productivity, as well as the costs borne by families and society as a whole.

While this is tragic, it is sadly also unsurprising. OECD estimates show that by 2009, there was almost than one firearm for every citizen in the United States – a figure that still holds true today, as shown in this graph. 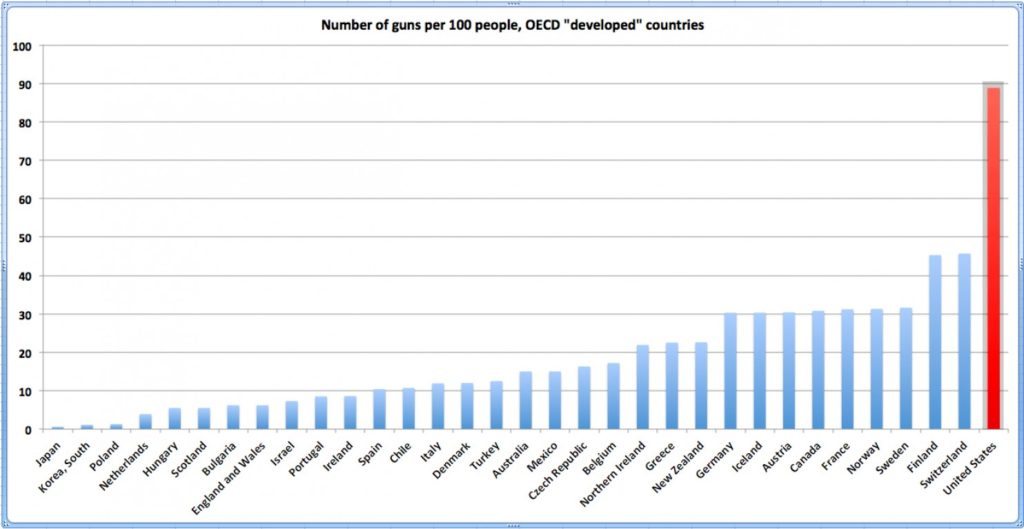 This should surely be a sign to healthcare policymakers to support stricter gun control, in a bid to drastically lower the money this costs to the system and in turn create a safer society. So why isn’t it?

Let’s first consider who is affected. The study highlights that gun crime disproportionately affects the young (18–24 year olds), the poor and those from ethnic minority communities living in cities.

Then of course, there’s the gun industry itself, which according to recent reports has had one of its strongest sales periods in history, with revenue reaching an estimated $14.7 billion in 2013, according to a report by research firm IBISWorld. The report’s authors even admitted that stoking fear in its customers helped with profits as shown in this telling quote:

This form of disaster capitalism is rife in the US economy. Nonetheless, there could be hope.

In recent news, it has emerged that President Obama is seriously considering circumventing Congress and imposing new background-check requirements for buyers who purchase weapons from high-volume gun dealers. If this takes place and is successful, it could result in a leaner and less overburdened healthcare system for the country in the longer term.