Why can't the NHS afford 'impressive' anti-cancer drug? - The Canary 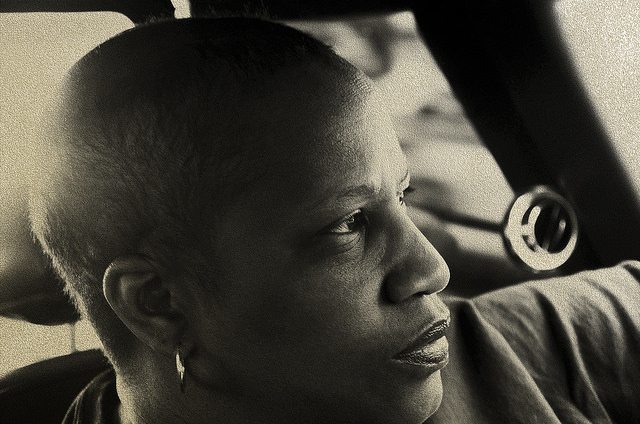 A life-extending drug for breast cancer patients is ‘too expensive’ to be routinely available on the NHS, according to a recommendation by the National Institute for Health and Care Excellence (NICE).

Kadcyla is one of the most effective drugs available in treating women with inoperable HER-2 breast cancer. Its Swiss manufacturer, Roche, charges £90,000 per treatment and has only offered the NHS a small discount for its regular use, making Kadcyla the most expensive cancer drug ever brought to market in the UK.

We recognise that Kadcyla has a place in treating some patients with advanced breast cancer, and we have been as flexible as we can in making our recommendation

However, the price that the manufacturer is asking the NHS to pay in the long term is too high.

Following negotiations, the drug is still available on the Cancer Drugs Fund, where patients apply to access a government grant to purchase expensive cancer treatments.

Some 400 women are currently able to use Kadcyla because of the fund, which was set up by the coalition government as a £200 million a year money pool in 2011.

By January 2015, though, that figure had jumped to £380 million, prompting NHS England to look at reducing the number of drugs available through the fund. This led to 16 drugs being cut from the list in March, a move whose political controversy was tempered thanks to a report by the European Society for Medical Oncology (ESMO) criticising and scoring the effectiveness of modern cancer drugs.

One of the scientists behind the report was Professor Richard Sullivan from Kings College London.

Over the past decade more and more medicines have been going on to the market with lower and lower levels of benefit,” he said.

One such example is the breast cancer drug Eribulin, which scored poorly in the ESMO report but is still available through the Cancer Drug Fund. Another drug, Erlotinib, used widely on the NHS to treat forms of pancreatic and lung cancer, was found to be largely ineffective in comparison with other treatments.

Sullivan believes that drug regulatory authorities should be more considered when approving ‘low-benefit’ drugs for the market, while clinical trials should be better designed.

Are we really designing the trial that needs to be designed to prove clinical benefit or are we just trying to get [the drug] into the market? Is it genuinely for patients or to sell medicines? Sullivan said.

In the case of Kadcyla the evidence points towards a drug that is extremely effective in lengthening the life of a patient.

Roche Products’ general manager, Jayson Dallas said he was disappointed in NICE’s recommendation, particularly after watching the chief executive Sir Andrew Dillon describe the qualities of Kadcyla as ‘impressive’ in a television interview.

NICE’s rejection of Kadcyla demonstrates quite simply that their current system is broken, not fit for purpose and in need of a complete overhaul when it comes to advanced cancer. Despite Roche offering a significant discount we are once again disappointed that NICE has not shown any flexibility on access to Kadcyla.

Is the UK being overcharged for cancer medicines?

NICE’s reluctance to authorise such an expensive treatment may be related to a recent study that found the NHS was being charged higher prices for medicines than less developed countries.

Moreover, the report highlighted the fact that other ‘rich’ nations, such as Spain, France and Russia had also managed to negotiate lower cancer medicine prices from manufacturers.

The head author for the cancer drug cost analysis report, Liverpool University’s Dr Andrew Hill said he was worried about cancer patients losing out in the UK.

Some of the drugs which have been recently removed from the cancer drugs fund are actually very cheap to manufacture, and are being sold in other countries at prices much lower than the UK

It is clear that NICE is making big mistakes when it comes to analysing the cost effectiveness of cancer treatments. Money is being spent on ineffective drugs while those that can make a difference are either being overpaid for or not even considered.

The Conservative government has promised to maintain investment in the Cancer Drugs Fund so it may be time to ensure that the money is spent with a bit more care.

We will continue to invest in our lifesaving Cancer Drugs Fund

a quote from the Conservative Party Manifesto, 2015.