Can we all stop arguing about putting a French flag on our Facebook page? - Canary Workers’ Co-op 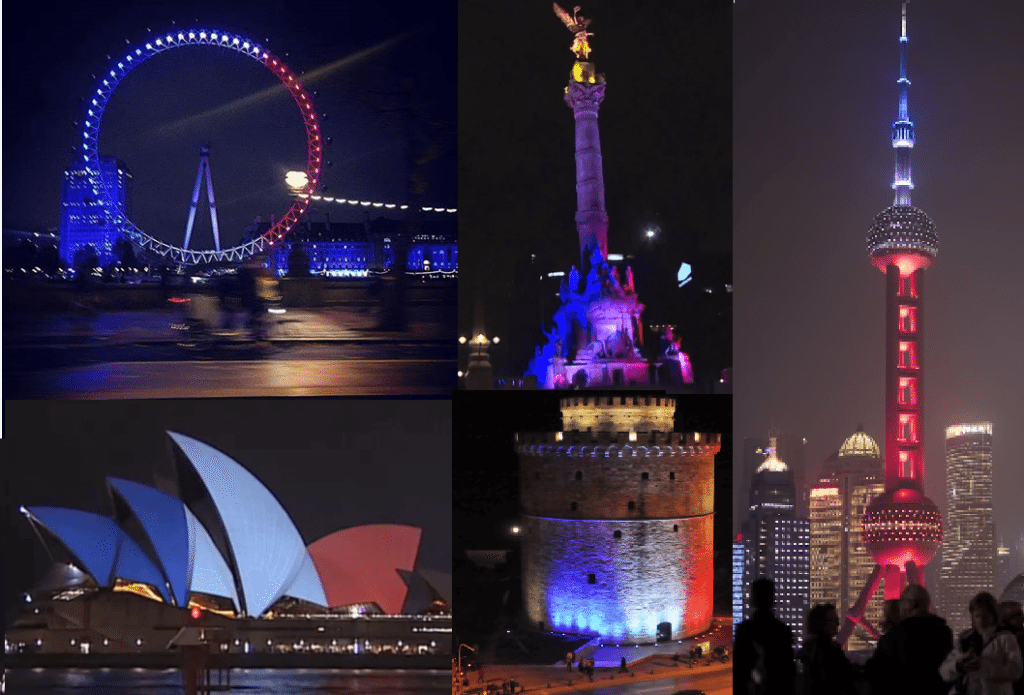 In the wake of the attacks in Paris, the world lit up with the French flag. Facebook even gave us an easy way to express solidarity with France: superimposing the French flag onto our profile pictures. However, this only confirms the double standard at the heart of the problem. Do French lives matter more than those lost in Syria, where almost a quarter of a million people have died? Or in Iraq, where a conservative estimate is that a million have perished?

On the other hand, the Paris attacks do feel like they hit close to home. In the UK, we can clearly picture Paris. We could be there in just a few hours from London. 89 people were killed at a concert, identical to ones we attend here. We can vividly imagine the ringing gunshots and panic as the music suddenly stops. The stark image we have of the tragedy leads us to a visceral reaction.

However, Facebook did not introduce the option to superimpose the Nigerian flag onto our profile pictures when nearly 2,000 civilians were massacred by Boko Haram extremists back in January. Youtube did not change its banner when the Saudi-led US-backed coalition bombed a Yemeni wedding on September 28th, killing 131 civilians. Nor did Amazon show solidarity with Lebanon through a special header, after 43 were killed in Beirut a day before the Paris attacks.

A Lebanese doctor, Elie Fares, wrote on his blog:

When my people died, they did not send the world into mourning. Their death was but an irrelevant fleck along the international news cycle, something that happens in those parts of the world.

This is not ‘hipster mourning‘ – I know about a disaster more ‘obscure’ than you – but recognising that cultural identification is ultimately superficial. The path to peace stretches above arbitrary lines on a map, above nationalism and above an ‘us’ and ‘them’ mentality. Whether people are British, Lebanese, Nigerian, Syrian or French we all have the same fears, hopes, worries and dreams. We are all equally human.

When international websites and cities around the world show such selective compassion, it breeds selective animosity. It fuels the divide between Muslim countries and the West. Strengthening this divide is the explicit aim of ISIS when they carry out these atrocities. Their own publication reads that they want to eradicate the ‘grayzone’- where we coexist.

[The grayzone’s] endangerment began with the blessed operations of September 11th, as those operations manifested two camps before the world for mankind to choose between, a camp of Islam […] and a camp of kufr — the crusader coalition.

ISIS want to make the world black and white, to eliminate a multicultural ‘grey zone’ in which we can peacefully live together. They want to create a reaction that will rally more disenfranchised Muslims to their side. As Nicolas Henin, who was held hostage by ISIS for 10 months, says:

I know them: bombing they expect. What they fear is unity.

This does not just mean the euro-centric unity expressed through changing your profile picture to the French flag – which ultimately furthers the divide – but a global unity, one that rises above mere appearances and culture. Facebook, Amazon and Youtube foster international communities, and to express such selective compassion sends a dangerous message. We should not join them, but expand our empathy to people the world over. This is how we defeat ISIS.