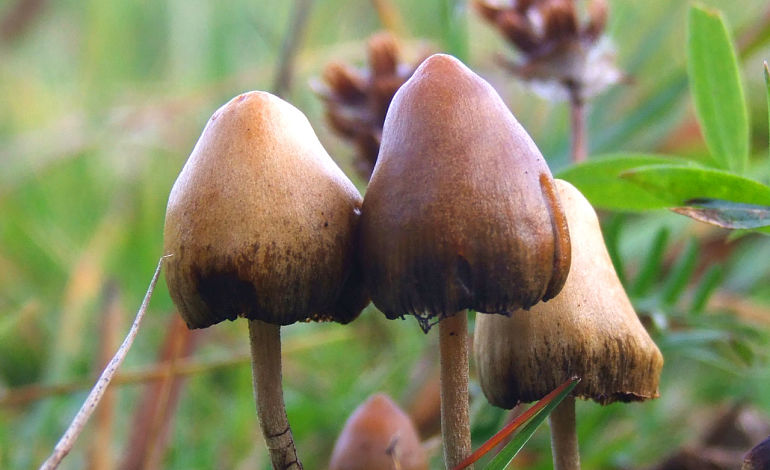 A survey published by Johns Hopkins researchers reveals that, out of 2,000 respondents who said they have had a ‘bad trip’ from magic mushrooms, 10% believed their experience put themselves or others in harm’s way. Also, a substantial majority described the experience as one of the top ten distressing experiences in their lives. But there is evidence to suggest that legalising and regulating psychedelic drugs would minimise the frequency at which bad trips occur.

The safety profile of magic mushrooms

In Professor David Nutt’s ranking of harmful drugs, we see magic mushrooms at the very bottom of the scale. In other words, they are the least harmful drugs to the individual and society at large. This is because psilocybin and psilocin (the psychoactive compounds present in magic mushrooms) are non-toxic to the body’s organs. Also, magic mushrooms do not have a strong potential for abuse, as they are non-addictive.

Despite the caution raised by the Johns Hopkins survey, harm caused to oneself and others when tripping is still very rare. Magic mushrooms have caused very few pharmacological fatalities. And those that have occurred can be attributable to interactions with a pre-existing condition, an insanely high dose, or some details not yet disclosed. The real risk from any psychedelic is the psychological pain of a difficult experience, and the long-term mental health effects.

Researchers highlight that five of the participants with self-reported pre-existing anxiety, depression or suicidal thoughts attempted suicide while on the drug during their bad trip. However, six people reported that their suicidal thoughts disappeared after their worst experience. This suggests that even a negative psychedelic experience can end up being beneficial.

It’s important to note, however, that this survey relies on self-reporting. To assess the potential risks of psychedelics comprehensively would require more rigorous testing. Moreover, the study doesn’t determine how often bad trips occur.

Author Roland Griffiths has spent 15 years conducting research on psilocybin’s therapeutic value. In this survey, he underscores that most of the respondents said their bad trip was “meaningful” or “worthwhile”. Also, half of the respondents who described the experience as positive also claimed the bad trip was one of the most valuable experiences in their life. Griffiths said:

It is this property of psychedelics, to foster personal meaning and transformation, that has led to recent research on their therapeutic potential.

The therapeutic value of psychedelics

Psilocybin can produce substantial and sustained decreases in depression and anxiety in patients with life-threatening cancer. This chemical can induce mystical experiences and, in turn, long-lasting personality changes. Psilocybin can also help people quit smoking.

However, Griffiths warns that if using psychedelics in less supervised settings, the possible fear or anxiety responses could lead to harmful behaviours. In this context, legalising and regulating psychedelics could make it easier to minimise such risks.

On 17 December 2016, The Psychedelic Society hosted a debate on The Legal Regulation of Psychedelics (which you can watch in full here). One important point to take from Griffiths’ research on psychedelics is that a safe, comfortable, supportive, and supervised setting is more likely to create a positive experience than a negative one. In his studies, Griffiths says the incidence of “…enduring psychological problems has been extremely low”.

The Psychedelic Society recognises this, and so hosts ‘Psychedelic Experience Weekends’ in which people can take psychedelics in a safe and legal setting. Attendees report positive, life-changing experiences, which arguably have a lot to do with the careful attention that goes into setting up and conducting the psychedelic sessions.

However, these experiences have to take place in Holland, where psilocybin-containing truffles are legal. By legalising psychedelics in the UK, more people would have this option to join a safe, comforting and well-organised retreat. This would not only minimise the risk of a ‘bad trip’, but would maximise the potential for a positive experience.

Drawing inspiration from elsewhere in Europe

In Amsterdam, you can buy, consume and enjoy magic truffles in smartshops such as Kokopelli. Advice about dosage, health risks and sensible use is provided both on the product, and by staff in the smartshop. Being able to experience psychedelics in a sanctioned and comfortable environment like this can again minimise the risks of psychedelics. Indeed, Griffiths concludes that “…the findings from this survey affirm concerns about taking psilocybin in uncontrolled environments.”

In the debate, one proposed model for regulation echoed Spain’s cannabis clubs. In Spain, a strict membership system is in place, where ID cards are issued, which allows people to smoke cannabis in established premises. A similar model could function in the case of psychedelics. You would have to apply to become a member of a psychedelic club, society or organisation – fulfilling certain criteria (i.e. training or induction) – before you could purchase and consume these substances. Griffiths says in his studies that:

We are vigilant in screening out volunteers who may not be suited to receive psilocybin, and we mentally prepare study participants before their psilocybin sessions.

Perhaps a similar kind of vetting process would work for people joining a psychedelic club. The dangers of psychedelics come not from the substances themselves, but from using them in under unfavourable circumstances, or without the necessary guidance.

In Transform’s Blueprint for Regulation, authors propose some ways of reducing the harm from psychedelics. Licensed dispensaries could exist alongside retreats and clubs. Such dispensaries would include controls on dosage, packaging, licensed vendors, and age. Vendors could also have to refuse to sell products to buyers who are already intoxicated. This is because bad trips can result from taking psychedelics in combination with alcohol or other drugs.

Also, not all psychedelics would be treated equally. Shorter-acting substances such as magic mushrooms may be more easily obtained than longer-acting and more potent compounds, such as LSD.

But whatever model we decide is best for regulating psychedelics, it is clear that by keeping them illegal, we throw away any opportunity for minimising their risks.

– Support The Psychedelic Society and Transform.