Jeremy Hunt's spin doctors get busted lying about the NHS, and now they're in trouble - Canary Workers’ Co-op 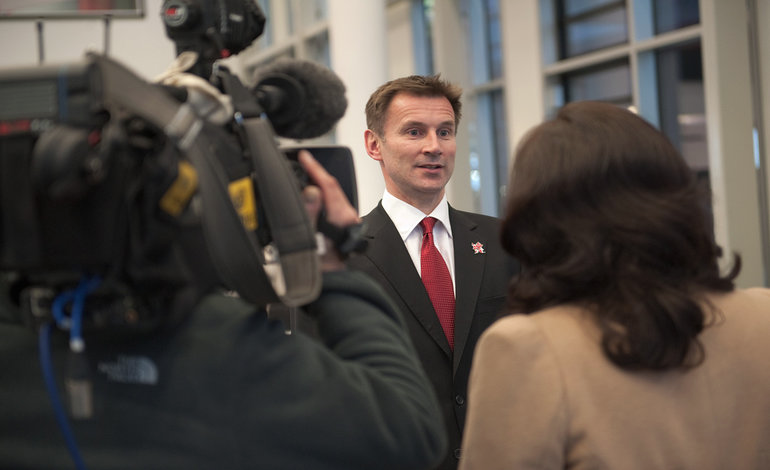 A group of NHS campaigners are so tired of dealing with misleading spin from Jeremy Hunt’s press team at the Department of Heath (DoH) that they are now cataloguing the statements on a dedicated Twitter hashtag for all to see. The move will no doubt leave the department red-faced, containing multiple fact-checked challenges and the endless re-announcement of projects and funding that never actually come to fruition.

Big Up The NHS

Just thought of a new hash tag. #DoHballs. The statement you find at the end of almost any newspaper article on health. This is a classic. pic.twitter.com/AndQSn3C2y

The Big up the NHS Twitter account set up the #DoHballs hashtag on Monday 2 January. The Private Eye magazine has a regular feature called Coleman Balls, in which it highlights the most absurd and nonsensical utterances of sport pundits. The hashtag does the same with DoH spokespeople.

Here are some of our favourites.

Over the last eight years, the number of people waiting for hip replacements has risen by more than a quarter – to over half a million. Research by The Telegraph found that [paywall]:

One in 10 people have to wait more than 18 weeks for surgery amid rising concern that NHS is deliberately delaying treatment because it is not seen as life threatening.

Those forced to wait for surgery suffer extreme pain as their bones wear away and are left increasingly immobile, often unable to climb stairs or go outside.

This crisis came to a head over Christmas, with the DoH once again cancelling operations en masse to free beds for anticipated emergencies over the festive period. The government continues to under-resource the NHS, and then accuses it of failing to deal with demand – rather than actually providing enough beds, staff and funding to deal with demand successfully:

Typically Orwellian response from @DeptHealthPress on this: "we are better prepared for winter than ever before" 🙄https://t.co/O0yUeQnc8v

The DoH response to The Telegraph? ‘Nothing to see here’:

In response to a Telegraph article describing an appalling increase in the hip replacement waiting list. #DoHballs pic.twitter.com/ROhdWgaLgq

The DoH also likes to tell us it is about to spend a lot more money on the NHS. Often announcing the same funds over and over again – which seemingly never actually arrive.

In reality, something quite different is happening to health spending in Britain. 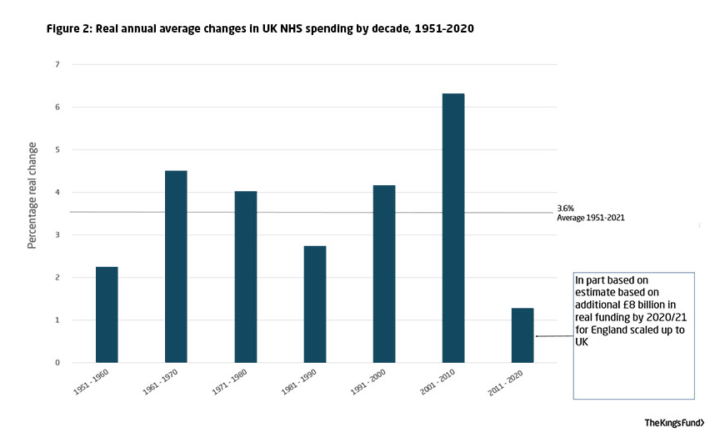 NHS campaigners continue to highlight the gap between DoH statements and reality, while those dependent on the NHS suffer the consequences of that gap. All the while, Hunt continues to underfund and understaff the service in efforts to break it. It’s on all of us to join junior doctors, nurses, and NHS campaigners across the country to defend and restore the NHS. Some might argue we can’t afford the NHS. But the truth is, we can’t afford to lose it.