As Hunt remains in hiding, our NHS staff have reached boiling point - Canary 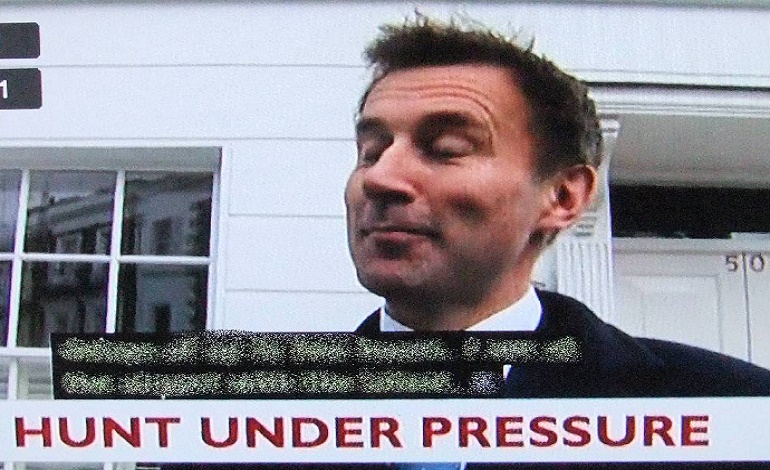 As Health Secretary Jeremy Hunt maintains a low profile, amid a worsening NHS crisis, many health service staff are becoming increasingly frustrated. On Friday 6 January, the British Red Cross said there was a “humanitarian crisis” in the NHS. But for frontline staff, this is not news. And the situation has deteriorated so much that groups from across the NHS are taking drastic action.

“Deteriorating conditions” in our NHS

On Monday 9 January, Hunt rejected the Red Cross claims of a humanitarian crisis. Also, Theresa May said that while she recognised there were NHS winter “pressures”, this was “not unusual”. But health service staff disagree. And they have called an emergency demonstration to make their feelings heard.

On Thursday 12 January, campaigners are holding an event at the Department of Health in Whitehall called “Hunt must go – rescue our NHS”. It is organised by the People’s Assembly, Junior Doctors Alliance and Health Campaigns Together. The event starts at 6pm, and will be demanding that Hunt resign; and that the government intervene immediately in the NHS crisis.

The organisers said in a statement:

This government has created the crisis in the NHS. Hospitals are underfunded, social care has collapsed which puts more pressure on hospitals, staff are overworked and conditions are deteriorating. The government’s drive to privatise the NHS will only make this situation worse.

NHS campaigners are also calling for the government to end the NHS pay cap. Since 2010, it has been stuck at 1%. It means that health care professionals have seen a real terms pay cut of around 14%. And a petition to end the pay cap, started by nurse and campaigner Danielle Tiplady, has got more than 90,000 signatures. It needs 100,000 for a debate on the subject to happen in parliament.

It would appear that the government is turning a blind eye to the NHS crisis. May said in Prime Minister’s Questions on Wednesday 11 January that the Red Cross claim of a humanitarian crisis was “irresponsible” and “overblown”. Also, Education Secretary Justine Greening said the charity’s claims were “inappropriate”, calling the NHS crisis “not unusual”.

These are not the views of frontline NHS staff. And it’s worth noting that these staff would not have taken the decision to organise an emergency protest lightly. But it’s one that NHS professionals deem necessary. In an attempt to ‘rescue’ the NHS from the hands of this disastrous Conservative government.

– Sign the petition to end the NHS pay cap.