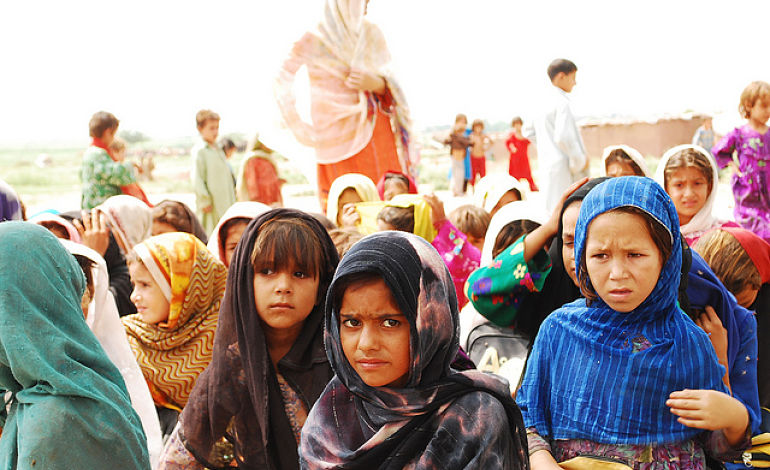 A new UN report has laid bare Afghanistan’s crisis while we happily return minors back to a war zone.

“40 years of war and still the Syrians go ahead of us.” In the hot spots of the Aegean Islands, it’s a common complaint heard among young Afghan refugees. A complaint that often leads to tension and aggravation within the camps of Europe as they see many Syrian families leave the islands after their Afghan counterparts continue protracted stays. It is thus a complaint that is true.

Afghans are the second largest group to arrive in the Mediterranean after Syrians. But they only receive a 51% recognition rate overall, compared to the average 98% recognition of Syrian asylum claims.

The media have made the conflict in Syria well known. Yet Afghanistan still suffers. And the latest UN report shows that:

Afghanistan remains one of the most dangerous, and most violent, crisis ridden countries in the world. The continued deepening and geographic spread of the conflict has prompted a 13% increase in the number of people in need of humanitarian assistance in 2017, now 9.3 million.

According to the Institute for Economics and Peace, it is the third least peaceful country in the world after Syria and Iraq. And Afghanistan’s security situation has worsened even further in 2016.

Afghanistan has over half a million internally displaced people (IDP). This is on top of international Afghan refugees.

An average of 1,500 are forced to leave their home daily. The majority are children. They experience internal conflict and human rights abuses throughout the country. But lack of resources, and these large numbers, have strained health and humanitarian capacity to address the suffering.

Despite these harrowing numbers, the EU is happy to deport Afghan refugees back to Afghanistan. The deal will enable Europe to drastically reduce its own migration numbers. This is a move that has attracted great concern in light of the escalating violence there. Indications also suggest that the Afghan government had little choice in the matter, with the majority of the country’s economy dependent on foreign aid.

British Prime Minister Theresa May has pledged extra staff to help fast-track the deportation process. And in May 2016, the government removed a blanket ban on deportation of under-age Afghan refugees.

Now, returnees will add to the burgeoning IDP crisis in Afghanistan itself, along with 600,000 deported from neighbouring Pakistan. And they could well face the same problems. According to the report:

56% of the displaced are children and face particular risk of abuse, and exploitation, as well as interrupted school attendance and harmful child labour. Multiple forms of GBV, particularly early and forced marriage, domestic, psychological, and sexual abuse are reported, affecting individuals in hosting and displaced communities alike. Further, a lack, or loss of civil documentation, with difficulties in obtaining documents outside of the province of origin, regularly results in hindered access to services for considerable numbers of affected individuals.

There is no need to dispute the need for Syrians to escalate through the asylum process. But many conflicts in the region are comparable in their impact on individuals. The truth is we have not run out of room. We have just run out of compassion.