After Aleppo, crisis hits another part of Syria - Canary 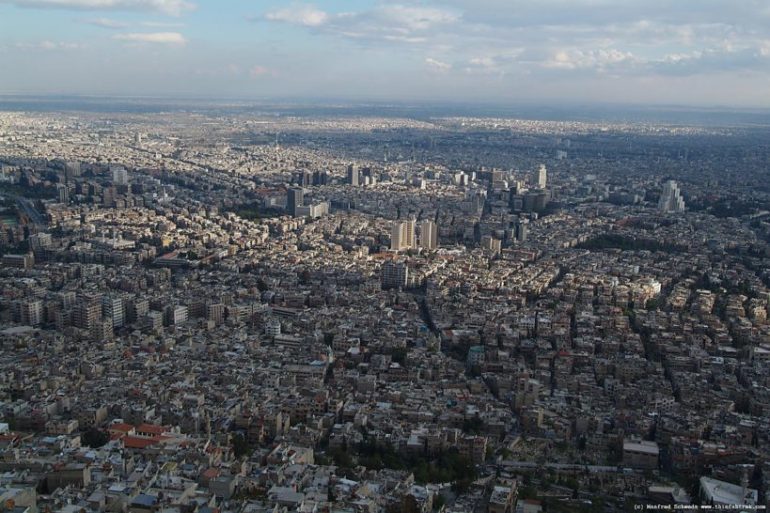 Syria’s capital city has been without its primary water supply since 22 December. And civilians are increasingly panicking as intense fighting continues at the water source in the Barada Valley (Wadi Barada). The UN has condemned the water cut off, which has affected five million people in the greater Damascus area, as a potential war crime.

Syrian opposition media has charged the Assad government with deliberately attacking its own water facility in Wadi Barada in an air strike. The Damascus City Water Supply and Sewage Authority, meanwhile, continues to point to “terrorist attacks on all water resources feeding into Damascus and its surroundings”.

While the precise sequence of events which led to the water crisis in Syria’s most densely populated city remains murky, the cut-off has brought deep uncertainty to a place which has enjoyed relative stability during the course of the war in Syria.

The effect on Damascus

Damascus is the sprawling and modern metropolitan heart of southern Syria. It has seen its population swell through mass resettlement of both Iraqi refugees in the mid-2000s and internally displaced Syrians in more recent years. As a result, its services and utilities infrastructure was already heavily strained. But it was stable compared to that of other urban centers like Aleppo, where heavy fighting raged between 2012 and late 2016. This general stability is what attracted many of Syria’s six million internally displaced people to flee other parts of Syria and resettle within the environs of this government stronghold.

No access to the springs in Wadi Barada means Damascus has lost about 70% of its water supply. In some neighborhoods, there has been no water for weeks. Other areas, meanwhile, only have sporadic access to reserve supplies and local wells.

One Damascus resident who spoke to The Canary complained of momentary water access in her home once every four days. This has forced her and her children to temporarily relocate to her family’s village further south in Syria, which has local wells. Other residents with means are fleeing to government-held Tartus and other coastal cities to wait out the crisis.

State media and the Damascus water authority have issued daily announcements of temporary water access points around the city via trucks shipping in water from local wells. The Canary has received accounts of locals rationing and boiling drinking water, while also relying exclusively on plastic and temporary utensils to eat in order to avoid washing.

Showers, meanwhile, are out of the question. Damascenes can only take occasional sponge baths, much like many Aleppo residents have had to for years.

With continued uncertainty about when water access will return, water-borne disease is now a chief concern of international monitoring organisations. And as potential for greater disaster looms on the horizon for Damascus, the first priority of all countries involved in Syria must be to sustain and preserve basic necessities of life like water access. No matter the politics of war.

– See other Global articles from The Canary, and more on Syria here.