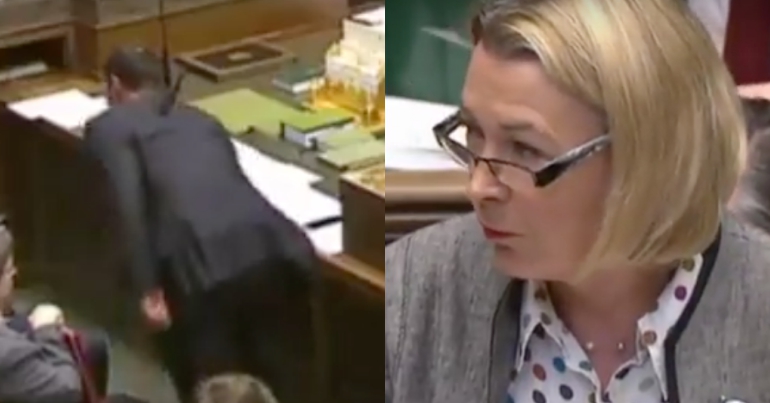 On 8 May, the shadow minister for mental health and social care, Barbara Keeley, asked Jeremy Hunt an urgent question in parliament. Keeley wanted Hunt to answer a question about the Learning Disability Mortality Review. But the secretary of state for health and social care, who had been speaking at the despatch box, suddenly decided he had better things to do. As Keeley rose to ask her question, Hunt made a speedy exit, leaving health minister Caroline Dinenage to fill in:

Keeley was granted the urgent question to ask about a review by NHS England into the deaths of people with learning disabilities. Although only 8% of 1,311 cases have been reviewed to date, 13 deaths – one in eight – were “adversely affected” by abuse, neglect and delays to treatment.

Examples included the death of Connor Sparrowhawk. Sparrowhawk died after having an epileptic seizure in a bath while in NHS care. He was unsupervised, and Southern Health NHS Foundation Trust admitted breaking health and safety law. Speaking about the review, his mother stated:

We have so much evidence now of a complete dismissal of the human-ness of people labelled with learning disabilities and… I don’t actually want to live in a society in which this just goes on and the government does nothing about it.

Disgraceful that @Jeremy_Hunt ran out of the Chamber rather than answering my Urgent Question on the Learning Disability Mortality Review just now https://t.co/ae2Cg8p2rM

Disgraceful! No wonder families are angry . . . One family is one too many, nevermind families!!!!!

Thank you Barbara. Those of us with learning disabled children aren’t surprised by @Jeremy_Hunt response to legitimate questions & shameful behaviour # anymore. We live with being ignored or blamed. Our children are as valuable as anyone else. Thank you for recognising that Nik x

Another Twitter user pointed out that Hunt had shown “utter contempt”:

He is disgusting. It shows his utter contempt for people with learning disabilities and their families. Thank you for raising it and recognising how very important this issue is to so many of us.

It is difficult to see the situation any other way. If Hunt had an urgent need to leave the chamber, the very least he could have done was apologise.

Some of the most vulnerable in society are dying because the system that is supposed to care for them is letting them down. Hunt is in charge of that system and he owes their families answers. Instead, Hunt treated them with contempt and ran away. He should hang his head in shame.