The Brexiteers have been foiled again. This time by themselves. - The Canary 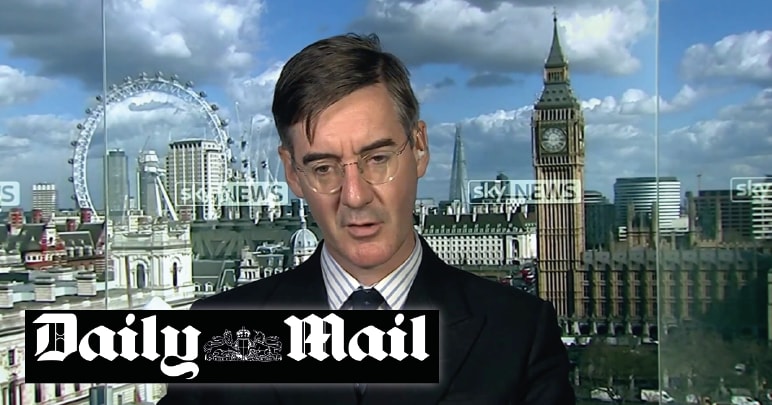 The House of Lords has voted consistently against the wishes of Brexiteers. Media outlets and MPs like Jacob Rees-Mogg have cried out against this ‘undemocratic’ behaviour. But the irony is we had an opportunity to democratise the Lords several years ago, and many Brexiteers voted against it.

The most recent incident saw peers back the UK retaining aspects of the single market. Rees-Mogg said of the Lords:

It is not a loved institution, it is a tolerated institution when it obeys the constitutional norms, if it ignores them it has very little support left. They are completely obsessed by the European Union. They are people who have devoted their whole life to it. Their whole aim is to stop Brexit.

As Mail Online points out, the Lords “have now amended the Withdrawal Bill 14 times”. The same site said:

While the Daily Mail newspaper went even further: 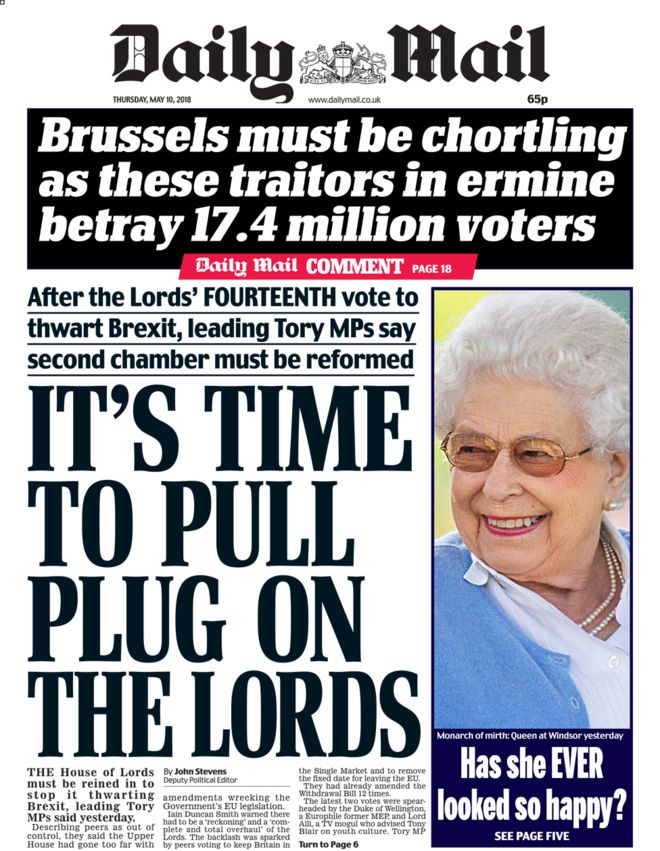 But what did the Mail think about the Lords when there was an opportunity to reform the upper house?

In 2012, there were plans to create a mostly elected House of Lords. Here are some Mail Online headlines from the time:

People have picked up on the irony:

Hey, does anyone know if the Mail has taken a different position on Lords reform in the past?

91 Tory MPs opposed reforms. Among them were several MPs who are now prominent Brexiteers. This list includes:

At the time, Jenkin questioned the need to replace the:

Here’s an article Jenkin penned for the Sun on 21 April:

In that article, Jenkin asks:

What happens in a democracy if the politicians just ignore the views of the people?

This is an important point. But Jenkin isn’t the best person to make it. In 2012, when the government had a chance to reform the House of Lords, a poll found that:

So it looks like these MPs only follow the will of the people when it suits them.

This problem of supporting the Lords as and when it’s convenient isn’t unique to the Tories. Labour’s Jess Phillips recently wrote this article:

Phillips hasn’t changed her mind completely, but sums up by saying:

When the revolution comes I will still be tearing up the ermine and painting over the gold with a nice magnolia. I do not believe power can be bestowed, no matter how good you are at science, or who your dad was. But for now I fight the war in front of me, and it seems I have some very unlikely allies.

It’s this sort of attitude that often gets in the way of significant change, though. And as the Brexiteers have found out, supporting an undemocratic body when it suits you can backfire.