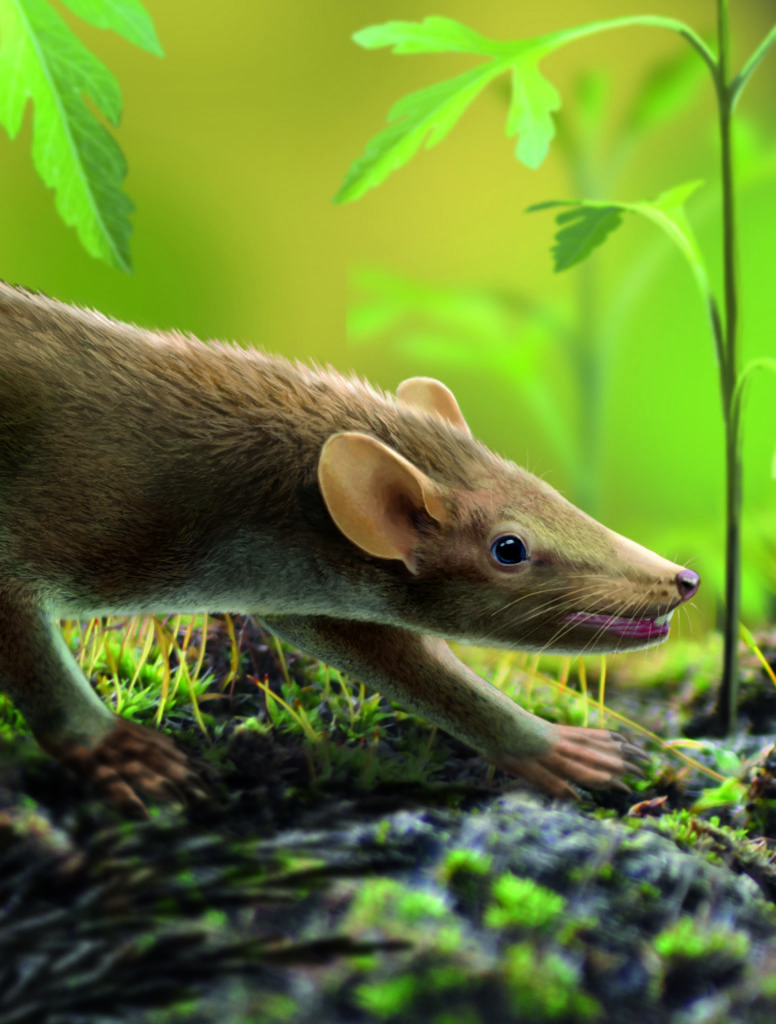 A 125-million-year-old mammal, between the size of a modern mouse and rat, with fur and spines (like a hedgehog’s but smaller) has been unearthed in a remarkable state of preservation. The fossilised skeleton is surrounded by clearly visible fur, skin and organs.

The mesozoic era mammal, which has been named Spinolestes xenarthrosus, roamed what is now the famous Las Hoyas fossil site in Spain. And though it shares some characteristics with modern spiny mice found in Africa and Asia, it is only very distantly related. “We are not able to classify the finding in any of the groups of mammals alive today,” explained Dr Thomas Martin from the University of Bonn, where the fossil was taken for analysis.

It’s small spines were probably a defence mechanism to enable them to escape predators – if a larger animal tried to take a bite, it would be left with nothing but a mouthful of spines.

Spinolestes’ backbone is particularly unusual, with interlocking vertebrae that make it extraordinarily strong. “Similar structures are found today in armadillos and anteaters but also in the African hero shrew,” said Dr Martin. “For instance, the hero shrew uses its strong back to break off palm fronds from the trunk of the tree. In this way, it can reach insect larvae living between the attachment points of the fronds and the trunk.” The same could be true for Spinolestes, but it’s not possible to tell from just one specimen.

Such a complex spine suggests that, although Spinolestes may have run alongside the likes of Tyrannosaurus rex and Triceratops, it was far from primitive.

What is perhaps most remarkable about this particular fossil, though, is that there is evidence of soft tissues, including an earlobe and the outline of some internal organs. The fur is so well preserved that it’s even possible to tell that this animal had a fungal infection of the hair that also affects mammals nowadays.

Dr Martin emphasises that this, and other recent finds, are causing paleontologists to revise their thinking about the nature of mammals during the age of the dinosaur.