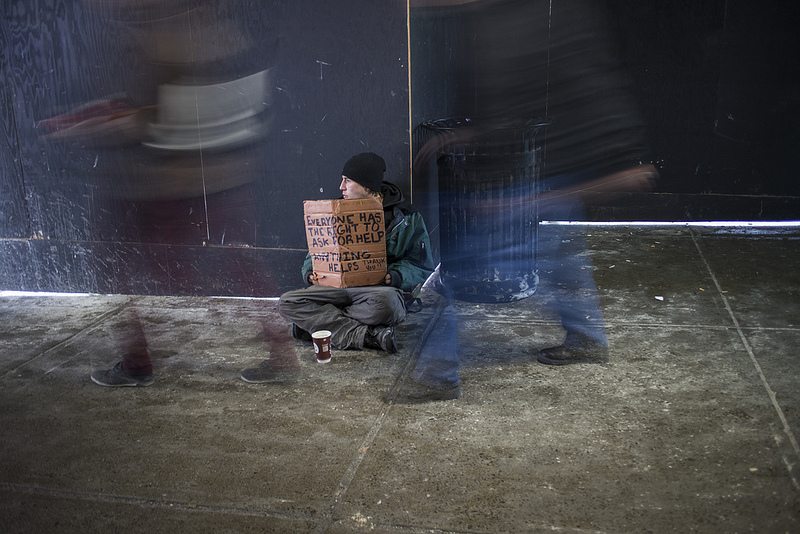 The Canadian city of Medicine Hat, Alberta, has eradicated homelessness through a controversial policy: giving homeless people homes. The new ‘Housing First’ initiative provides housing for anyone who has spent 10 days in a shelter or sleeping rough. Meanwhile, a recent report shows a further 5% rise in homeless households in the UK under the Conservatives.

Earlier this year, the Department for Communities and Local Government reported a 55% increase in rough sleepers since Mr Cameron became Prime Minister in 2010. This is correlative to ideological austerity measures.

The Medicine Hat mayor, Ted Clugston, was against the policy back in 2009. He epitomised how many might respond:

Why should they have granite countertops when I don’t?

However, a groundbreaking study, the largest of its kind, shows giving homeless people homes in fact saves the taxpayer money. Today, Clugston says it costs about $20,000 a year to house someone, but can cost $100,000 to keep them on the streets. Shelters, emergency rooms, hospital beds and detention centers eat away at public money.

The study also shows it benefits these people’s lives through putting them in a better position to face addiction and mental health problems. This is entirely logical; heroin will seem a lot more attractive when you’re living on the streets. Usually policy functions like this: sort out your problems first, then we’ll give you a home. The study suggests its much more effective to reverse this. Here in the UK, mental health problems are over twice as high among homeless adults, compared to the general population.

Thus, housing the homeless not only makes sense from a financial and rehabilitative perspective, but also from a humanitarian one. These are people in desperate situations.

So, it is purely ideology here in the UK that keeps people sleeping rough. There are a million homes lying empty in Britain, according to the Office for National Statistics. Yet, London flats respond with anti- homeless spikes. Less conspicuous anti- homeless architecture takes the form of vertical slates between benches, to prevent people from kipping there.

Out of sight, out of mind?

The 55% increase in rough sleepers under the Conservatives is a damning statistic. It is distinct from the many more who are ‘homeless’, but are sofa surfing or living with friends, reflecting a larger housing crisis. Shelter reports that 93,000 children will celebrate the new year without a home.

Perhaps the Conservatives could learn a thing or two from Medicine Hat?