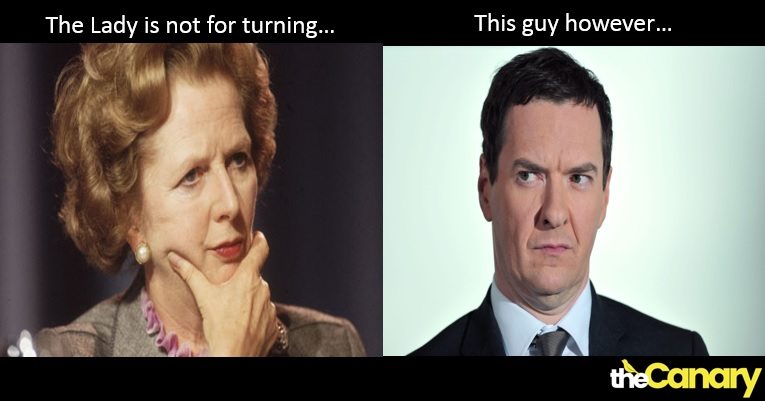 UK chancellor George Osborne pledged to get tough on the banks and reign in the Financial Services industry after the sector crashed the global economy in 2007/8. But each proposal he makes, he later waters down or never implements. The latest example is no different.

The Senior Managers Regime was intended to add an incentive for senior managers in the the financial services industry to make sure their staff weren’t behaving recklessly. After the experiences of 2007/8, where executives escaped largely unscathed despite creating cultures and programmes which not only crashed their companies, but took down whole national economies, the Senior Managers Regime would force firms to declare clear lines of accountability for every area of the business. In short, it put top executives in the firing line for prosecution and other consequences if their bank acted recklessly in future.

In his Mansion House speech earlier this year, Bank of England governor Mark Carney welcomed the regime and called on Osborne to go even further. He said individuals had acted with a “culture of impunity” in the past, but that:

“The age of irresponsibility is over.”

City of London Mayor Alon Yarrow gave his support to the Senior Managers Regime too, saying:

“By toughening up the rules for manipulating the fixed income, commodities and currency markets we are turning the corner and making further abuse less likely.

“The combination of tougher rules with the expectation of better conduct and more professionalism is what the markets need and people want to see.”

But while all three were busy talking up the proposal, in reality, it was being watered down. Whereas originally, the burden of evidence would fall to the executive to prove they did everything in their power to prevent misconduct, Osborne u-turned on Thursday, deciding that this burden will fall on the regulator. As Ben Moshinsky points out at Business Insider:

Senior managers will still be required to show they behaved well, but now it’s a “duty of responsibility” to do so, rather than a “presumption” that they didn’t. The three-word change makes all the difference.

Another in a long line of favours the Chancellor has done for the City.

Not only does Osborne refuse to get tough on the Financial Services industry himself, but he actively blocks regulators from doing so either. When Martin Wheatley took over the Financial Conduct Authority (FCA) and began making moves to actually confront banks over bad conduct, Osborne stamped on him. After the FCA levied a record £1.4bn in fines against rogue banks, Wheatley was forced to resign after the Chancellor gave him a vote of no confidence.

Labour MP John Mann, a member of the Treasury Select Committee said at the time:

“To play politics with our biggest financial regulator shows the chancellor hasn’t learnt the lessons of the financial crash.

“Martin Wheatley has led the FCA with distinction since its creation following the failures of the FSA. Under his watch the biggest banks have been held accountable for their failings, predatory payday lenders have been brought to task and consumers have finally had someone stand up for them.”

Without the promised changes to the banking system, the same behaviour will persist and another crash will come. Once again, the taxpayer will pick up the pieces, while those responsible reap the rewards.