8 million VWs - that's a lot of cars to recall! - The Canary 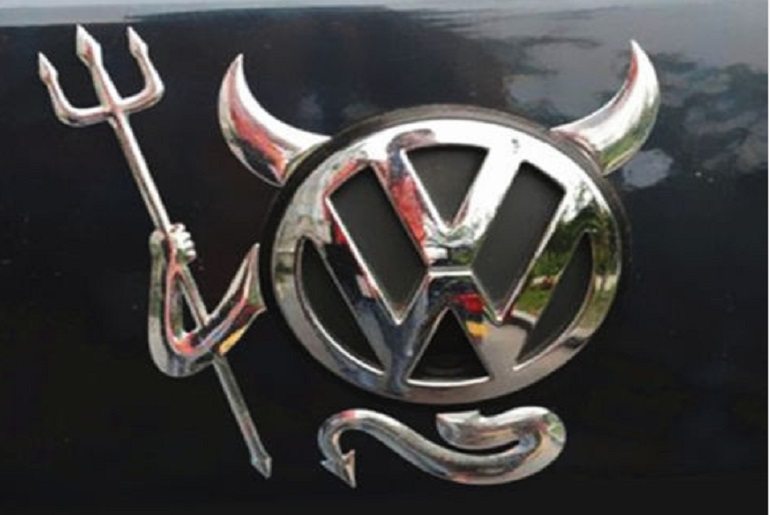 The German vehicle regulator, the KBA, has ordered the recall of 2.4 million diesel Volkswagen cars sold in Germany. The manufacturer has been exposed as having cheated on emissions tests, and though it offered to re-fit customers’ vehicles for free, the regulator has insisted on a compulsory recall. Other European countries are expected to follow suit.

The number of vehicles recalled has the potential to be as many as 8m; if every car were a second, that would represent nearly three months. The cost is expected to be in the region of 35bn euros; if every euro were a second, that would be over 952 years. But financial pain is not enough. Heads in engineering have already rolled and the man in charge of the development of Volkswagen’s diesel engines, Falko Rudolph, has already lost his job.

John German, of the not-for-profit International Council for Clean Transportation (ICCT), first discovered the discrepancy between recorded values and test scores in 2014, and immediately informed Volkswagen that there was a problem – along with the US regulator. The ICCT fitted emissions analysers to the boots of the cars they tested and drove around. The discrepancy was so huge, that at first he and his colleagues thought their equipment was faulty. What made the difference was that the ICCT tests cars while they are being driven.

Computer systems in cars constantly monitor performance and function, making minute adjustments all the time. One of these parameters is the amount of unburnt fuel in the exhaust. Also in the exhaust is something called an NOx trap, which captures toxic nitrogen oxides. Unburnt fuel is a catalyst, so when fuel is present in the exhaust the NOx trap works fantastically well. Unfortunately, the fuel efficiency of the vehicle also plummets.

In order to get around the emissions test, Volkswagen diesels were fitted with a piece of computer code that was able to recognise, from steering wheel position, speed, and other data, that a test was in progress. It would then allow more fuel into the exhaust, improving the NOx trap and reducing emissions. It served no other function than to cheat the test. As soon as the car was on the road, fuel efficiency would improve and the NOx trap would work anything from 5 to 35 times less effectively.

And oxides of nitrogen don’t just sit around. They boost the potency of other pollutants, decrease lung function, increase phlegm production, aggravate hay fever and asthma, and are particularly bad for forests. This is why Volkswagen’s offer to refit the vehicles was rejected by German regulators, and should be rejected by others as well. The problem is that when you fix the emissions code, fuel efficiency goes right down.

It is strongly suspected that several other car makers have been adding similar defeat devices. Car makers have got it wrong. Younger people aren’t buying cars – and it’s not just because they socialise online and use mass transit. It’s because vehicles are still designed and marketed as though the only drivers in the world are 17 year old boys.

Volkswagen is already under pressure to become more environmentally aware in what it does, as the wildly successful VW darkside campaign has shown. And they had better listen.  There are millions of people who want safe, cheap vehicles, with cleaner, greener fuel – or, at the very least, minimal environmental impact. That’s a lot of bicycles … and some people even want cars.