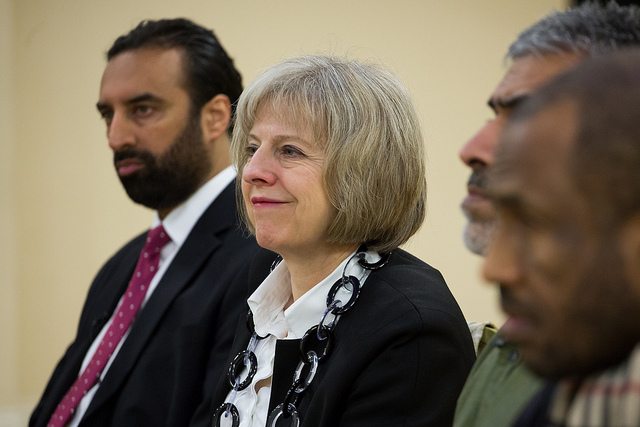 The government’s new immigration bill was discussed in Parliament on Tuesday. Its stated aim is to tackle illegal immigration and the exploitation of low-skilled workers.

However, critics claim that it will foster “everyday racism” and injustice. As put by Andy Burnham –

It is the legislative equivalent of the Home Secretary’s address to her Party faithful in Manchester: disproportionate, divisive, deceitful

The bill introduces a range of new measures and offences aimed at reducing illegal migrants’ access to services such as housing, driving licences and bank accounts. It also restricts asylum support (even for families with children) and extends immigration officers’ powers.

At the heart of the bill is an extension of the ‘Right to Rent’ scheme, introduced by the Immigration bill 2014, which requires private landlords to check the immigration status of tenants (and if they fail to do so, they could be fined or go to jail). This program was piloted across the West Midlands between December 2014 and May 2015, after which Parliament demanded a clear and thorough impact assessment. This evaluation has yet to materialise.

According to an independent study by the Joint Council for the Welfare of Immigrants, however, the scheme is encouraging racism against people who don’t look or sound ‘British’. And for 42% of landlords, it would make them less likely to rent a property to someone without a British passport. Of these, meanwhile, 27% said they were now reluctant even to engage with those with foreign names or accents.

In order to crack down on exploitation, the bill introduces more penalties for those who employ illegal migrants as a source of cheap labour. It also makes illegal work an offence, carrying a maximum penalty of a 51-week prison sentence and a fine. Meanwhile, police would be given the power to seize the wages of those working illegally, as the proceeds of crime.

Caroline Robinson, policy director and co-founder of Focus on Labour Exploitation, claims that these measures would actually result in increased forced labour and modern-day slavery in the UK. The marginalisation of illegal workers, she says, creates the perfect conditions for the exploitation of migrant workers to thrive. For her –

The evidence shows beyond doubt that when immigration enforcement and labour inspection are combined, the all-important trust between labour inspectors and those who are being exploited is broken.

In fact, even the USA has a memorandum of understanding between the Department of Labor and the Department of Homeland Security to ensure that immigration enforcement does not interfere with labour inspection.

In short, if the immigration bill is passed, it will not tackle exploitation, but will simply punish the most vulnerable, promoting suspicion and discrimination whilst undermining social cohesion.