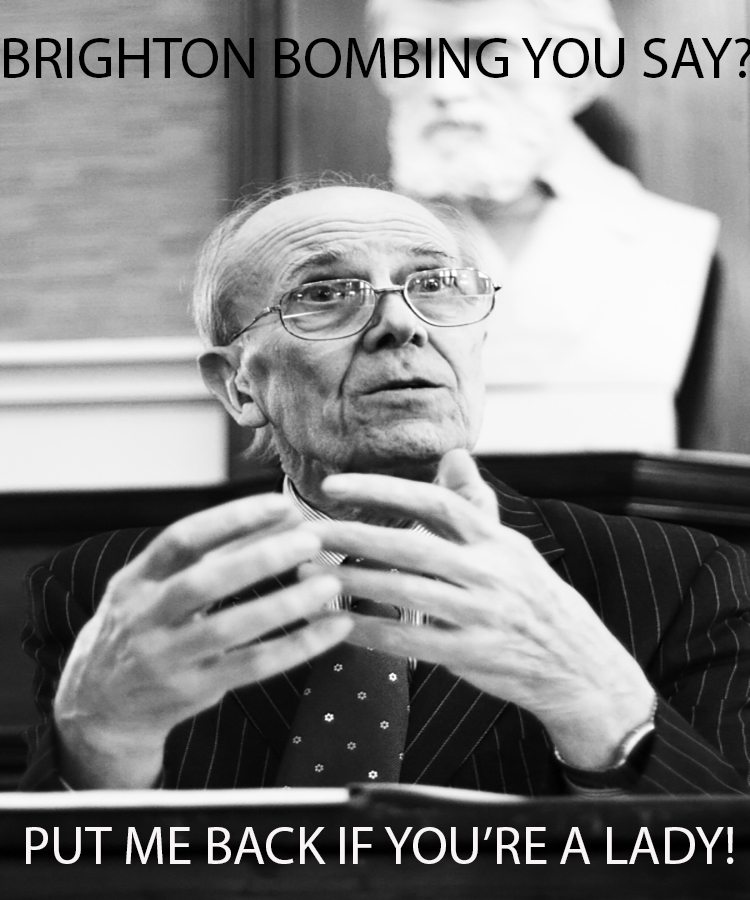 Campaigning firefighters, already fighting against cuts affecting public safety, are now being forced to fight back against Lord Tebbit and his outdated Tory belief that women should not be in the job.

Firefighters were at Westminster yesterday to put their case against the cuts agenda that continues to tear the service apart and endanger lives. There, they ended up having an extraordinary exchange with Tory Godfather Lord Tebbit, in which he suggested that women should “accept they should not be firefighters” – just as he had learned to accept he could not be a mother “because of his gender”.

The comments were terribly patronising and insulting. Women have served with distinction alongside their male colleagues for over 30 years in the fire and rescue service. They work incredibly hard to prove themselves in what is still a predominately male profession.

Women form an important part of the modern fire and rescue service, with a proud history the world over. Lord Tebbit’s comments reflect the outdated views at the very core of the Conservative Party and the disdain with which they continue to treat hardworking members of the public.

Their disdain also extends to the fire service. Since 2010, the fire and rescue service has seen a reduction of over 5000 firefighters, 145 fire engines lost and 39 stations closed. These alarming figures are set to continue rising as the government reduces funding for this vital emergency service. Fire Authorities up and down the country continue to juggle their risk management plans according to their budget constraints, closing stations and reducing firefighter numbers, placing both the public and firefighters at greater risk. A report carried out by the University of Sterling earlier this year identified progressive cuts to budgets, staffing and appliances as posing a significant risk to both firefighter and public safety.

Brigades and government advisors often cite a reduction in fires, due largely to the prevention work carried out by operational firefighters, as justification for the reduction in the crewing levels. This view fails to acknowledge the increasing trend in calls to incidents of flooding or the additional work streams that the government is considering the fire and rescue service taking on, such as co-responding to calls of an emergency medical nature.

Firefighting is a dangerous, physically and psychologically demanding job, performed admirably by women and men alike, under the most strenuous of circumstances. They respond to incidents of all manner, from road traffic collisions to incidents of terrorism. Would Lord Tebbit be so quick to dismiss the help of women firefighters if he needed to make the call?

Samantha Rye does not think so:

Lord Tebbit was rescued from the Brighton bombing by firefighters – would he have refused the service he received if it had been a women rescuing him? Women firefighters go through the same testing and fitness training as their male colleagues do. We can do the job just as well.