Media predicts a Labour crisis, then 91% back Corbyn - The Canary 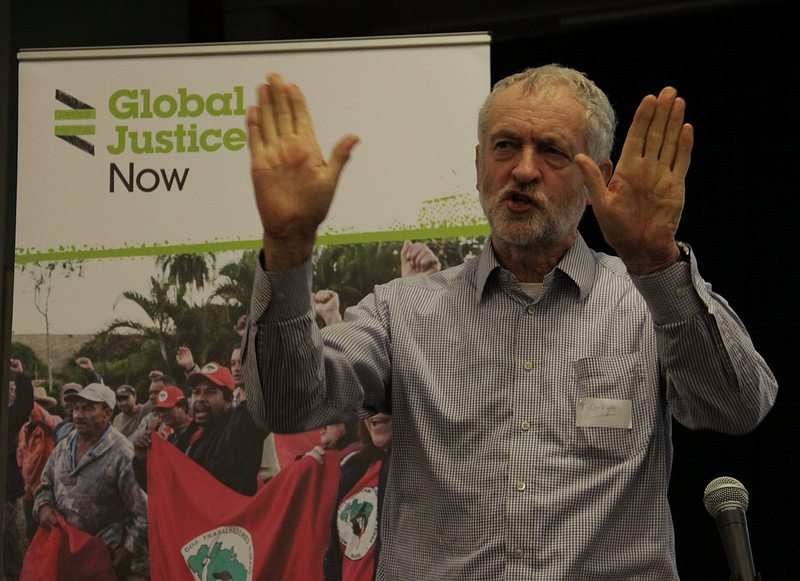 A huge chasm within the Labour party was predicted by the British media over the fiscal charter vote. From the self-appointed voice of the British left, the New Statesman, to the billionaire Barclay brothers-controlled Telegraph, there were stories of division within the Labour party. The New Statesman questioned how long Corbyn would last as leader.

This continued with the Financial Times reporting an “increasingly poisonous atmosphere” as the vote on Osbourne’s Fiscal Charter approached. The new charter requires the government to run a budget surplus in ‘normal times’. The Canary outlined yesterday, why this is a ludicrous commitment.

However, 91% of the parliamentary party expressed solidarity with Corbyn yesterday when only 21 Labour MPs abstained in the vote on the fiscal charter. The ‘Jeremy Corbyn for PM’ Facebook page stated:

Yet, the media sustain their negative coverage. Along with ITV, Murdoch-owned Sky News and other conservative media sources, the Guardian frames their report around the rebellion, rather than the overwhelming majority that followed the party line.

This is not the only example of the media flipping the story to suit their anti-Corbyn agenda. Instead of commending Corbyn for appointing the first ever majority female shadow cabinet in history, the New Statesman chose to bring up Labour’s history of male leaders. The Guardian focused on the fact that arbitrary ‘senior’ positions were given to males. The Mirror echoed the Guardian, branding Corbyn a dinosaur. If Andy Burnham had become party leader and appointed the same cabinet, would we have seen the same media response?

48 Labour MPs defied Harriet Harman’s leadership on the welfare bill in July – more than double those who abstained yesterday – illustrating that the party is more unified under an anti-austerity position.

The full list of abstainers on yesterday’s vote, which included Tristram Hunt, Chris Leslie and Liz Kendall, can be seen here.

Public opposition to Tory austerity is coalescing under Corbyn. Yesterday’s vote suggests that, despite what the media claims, the parliamentary Labour party are behind him too.