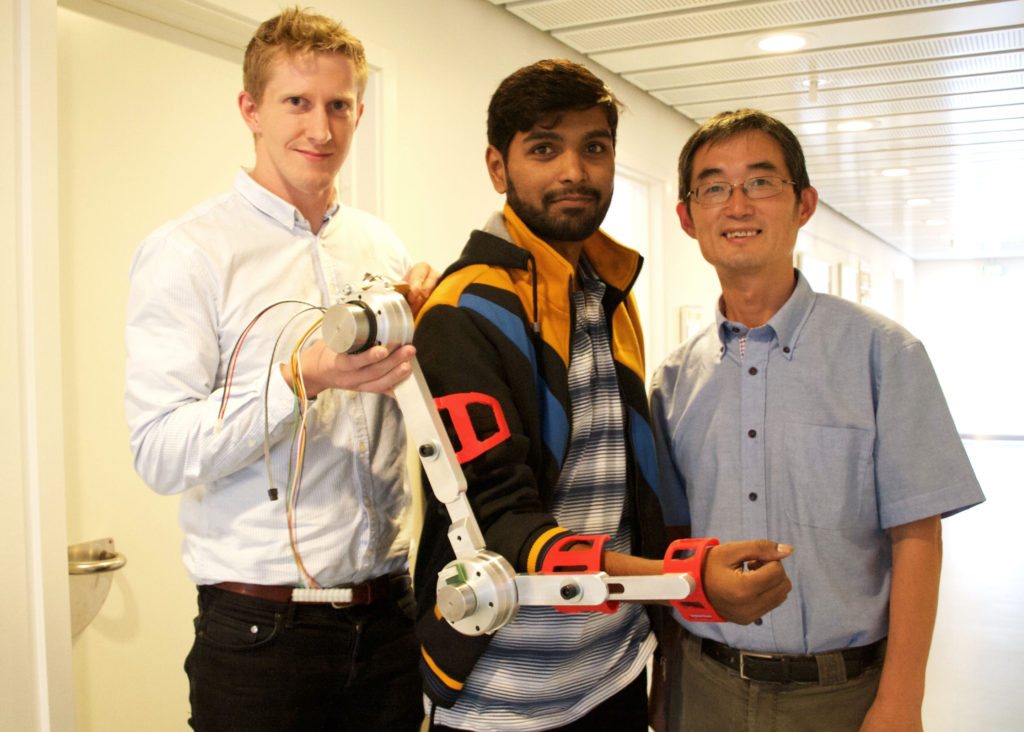 Older people who are mentally sharp but physically weak could use a robot exoskeleton to support movements and extend their independence.

Older people can suffer a frustrating and isolated existence. This new technology could change all that.

Researchers from Aalborg University in Denmark are developing a lightweight, portable exoskeleton, called the “AXO-SUIT” that when worn can provide support for the musculoskeletal system. This is designed to assist rather than overpower the user’s natural ability, making it possible to garden, go out for walks, and carry out household tasks that have become difficult. Shaoping Bai, who led the research says:

It’s important that users don’t feel that the exoskeleton is stronger than they are – in the sense that it can disempower someone. The sensors must be sensitive enough to be able to determine how much the motors need to help.

Muscle weakness and skeletal changes are a huge issue for older adults. As we age, our bones thin and become more brittle. For many people this leads to marked changes in posture, as the bones of our spine change and become more closely packed. Muscle fibres actually shrink as well, which means that even with exercise maintaining muscle tone is difficult.

Probably the most dangerous aspect of having an ageing body is the tendency to lose balance and fall onto weak bones; hip and wrist fractures are all too common.

Confidence is also a problem. Try walking through a busy shopping centre when your joints are stiff and your muscles are weak so you have to move slowly, fearing losing your balance – a terrifying experience. It’s no wonder that many older people choose to stay at home.

With the new exoskeleton, which is worn over clothes, small motors support each joint and respond to movement, like the power steering in a car. So, rather than taking over completely, the device provides assistance when the user initiates a movement, a bit like an electric bicycle that responds to the pressure you put on the pedals.

The idea of using exoskeletons is not new. In fact, anyone who watched the start of the soccer world cup in Brazil, last year, would have seen a man use an exoskeleton to stand and kick the first ball. This man was paralysed from the waist down so had no natural movement in his legs. The exoskeleton in question was making the movements for him, not with him, which is an important difference when compared with the Aalborg University device. Shaoping Bai explained:

There are some very advanced and very costly exoskeletons developed for the medical world, but that’s not what we’re working on. The product we’ll end up with will be more something you put on for half an hour or an hour if you need to perform a task that you can no longer do.

Of course, older people are not the most likely to want to take up a new technology so the team has a challenge to win acceptance. However, they hope that by calling the device a “tool” rather than a “robot” it will be more acceptable. They have also involved users throughout the project, to ensure that it is designed precisely to meet their needs.

The team aim to have a working prototype within a year, and a commercial product within five years. Shaping Bai concluded:

So, look out out for a cyborg granny in a shopping centre, near you!