Remember, your cat is not a person (and it might want to kill you) - The Canary 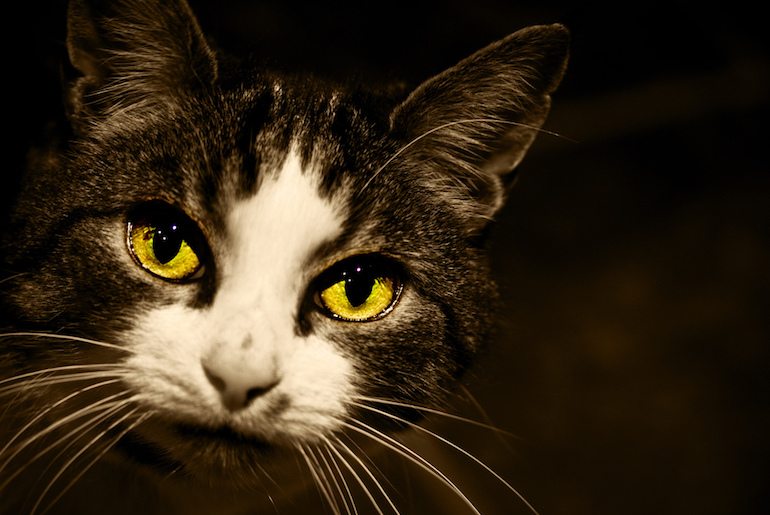 Do you dress up your dog? Or think your cat’s upset with you for forgetting its birthday? You’re not alone in treating your pet like a person. But you might want to watch out, especially with the cat – it’s actually like a tiny lion, and could pounce at any moment.

Almost half of us have pets – an estimated 65 million pets live in 13 million UK households. We often apply human characteristics to explain their behaviour, treating them like one of the family. Although we should look after our pets properly and treat them with kindness, we could be doing them a disservice, and even setting back research on their behaviour.

We’re fascinated by animals from a very young age; animal names and the sounds they make – woof, meow, quack – are among the first words we learn. We pay attention to the animals we live with more than the other things in our homes, so it’s understandable that we form closer bonds by projecting human traits onto them.

A new study by researchers at the University of Vienna, Austria looks at why we attribute human-like mental states to animals: why we think our cat’s got the hump or our fish is feeling happy. The authors review current theories that explain this process, called anthropomorphism, concluding that it’s our brains – not our culture – that make us do it.

The researchers reviewed the way our brains work. There’s a network that prepares us for social interaction. One elements of this is the posterior superior temporal sulcus (pSTS), which is activated when we look at animals, or observe animal-like movement.

We also have “mirror neurons” that are activated when we observe a human or animal (or even a robot) moving. Researchers believe these neurons could also be behind us attributing human mental states to animals.

Empathy has an effect, too: we show the same mental reactions when we observe animals in pain as we do when we see people in pain. In fact, some studies suggest we show an even greater emotional response when animals are suffering.

But whatever the reason we think of our pets as people, it isn’t really helping the animals. The more human-like animals seem to us, the more we protect them and invest in them, leaving less cuddly species out in the cold when it comes to conservation. It also makes us misunderstand them.

Take cats, for example. According to new research, they’re actually just like tiny lions – neurotic and inherently scared of people. You might think your furry friend is looking at you in a way that says “I love you, come here and pick me up and tickle my tummy,” when it’s actually plotting to attack you. As forensic psychologist Dr Max Watchel told BBC Radio 5 Live:

“They want to be in charge of the house … They could turn on you at any time.”

The researchers analysed the traits of domestic cats and compared them to African lions, leopards and the Scottish wildcat, and found they are pretty similar to lions. But Dr Marieke Gartner, lead author of the study, from the University of Edinburgh, says they’re probably not that dangerous. As she told CNET:

Cats don’t want to bump you off, but people often don’t know how to treat them and then are surprised by their behaviour.

If your cat’s a black and white female, you ought to be especially careful. Research published in the Journal of Applied Animal Welfare Science reveals a link between cats’ fur colour and their aggressiveness.

The scientists asked almost 1,300 cat owners to complete questionnaires about their behaviour and analysed the cats’ aggression in three settings: during everyday interactions, handling and visits to the vet. They found a link between coat colour and aggression, with female black and white, grey and white, and orange-coloured cats tending to be most aggressive.

So you might want to think again the next time you make an assumption about your feline friend’s feelings. Not only are you misunderstanding it, you could be throwing yourself to a lion (sort of).