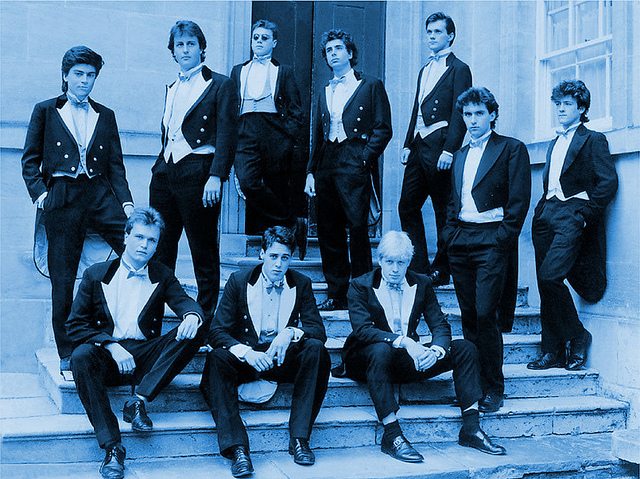 1. 53% of the cabinet was privately educated. Only 7% of the UK’s population goes to private school.

The cuts the Tories want to make in education impact upon people in state schools the most. With less than half of the cabinet attending state schools, it is easy to see why they are so out of touch.

2. 50% of the UK cabinet attended the elite Oxbridge universities.

Considering their privileged upbringing, it is hard to fathom how the government can have sympathy with ordinary students. They’ve already lumbered students with fees of £9,000 and may yet increase them.

3. The UK has a cabinet that is two-thirds male.

This is an improvement on Cameron’s previous 76% male composition. Nonetheless, Cameron’s cabinet is not reflective of the British public. Maybe if there was a higher representation of women, the government would have had the guts to challenge the “tampon tax”. Instead, women will continue to pay tax on an item they have no choice in buying.

The British shadow cabinet is gender balanced. As is Canada’s, with the new prime minister, Justin Trudeau, assembling a diverse cabinet. Cameron could learn a lot from Trudeau’s example. Trudeau had a simple response when asked why there was a gender balance:

Because it’s 2015. Canadians from all across this country sent a message that it is time for real change.

4. 96% of the government is white, compared to 86% of the general population. These figures may go some way to explaining why the Conservative rhetoric has harked back to the days of Enoch Powell. The home secretary, Theresa May, said it was “impossible to build a cohesive society” with high immigration.

In 2013, an 84-year old man died after being held in shackles for five hours by UK immigration officials. A recent inquest said May’s “home office rules” were to blame.

Cameron would not confirm that his planned tax credit cuts would not make people worse off come April 2016, even though he knows ordinary people will suffer.

6. It appears the Conservative party is so out of touch with Scottish people that it may well end the union. The English votes for English laws (Evel) legislation will fundamentally change the nature of “one member, one vote”, with Scottish MPs claiming they will be second-class MPs.

Tommy Sheridan , the pro-independence activist and former member of the Scottish parliament, told The Canary:

the union is now in its coffin and Evel represents some of the nails holding the lid of the coffin down.

7.  Jeremy Hunt, the health secretary, also promised that junior doctors would not get a pay cut. Embarrassingly for him, he was forced to backtrack on this promise, as junior doctors working longer hours would receive a pay cut.

Hunt may not even know what a “cut” is, considering MPs have received a 10% increase in pay. Cameron backed the MPs’ pay rise by saying:

This is despite the fact Cameron has enforced public sector pay being capped at 1% for the next four years.