Spies unleashed: Mass surveillance may be made lawful in UK - Canary 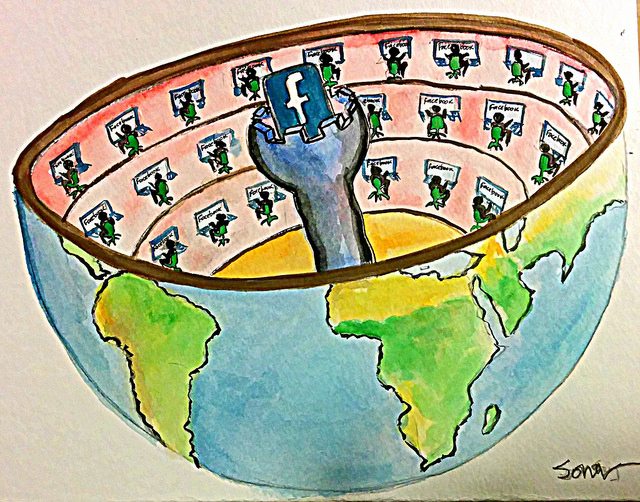 On Wednesday, proposals for a new Investigatory Powers bill were unveiled in parliament. The 300-page document is complex in its detail, but its aim is simple and abundantly clear: mass surveillance of the population.

The bill seeks to sign into law certain surveillance powers for our police and security services, along with the oversight necessary for such arrangements.

Most of the surveillance capabilities detailed in the bill are already in use, as we discovered from Edward Snowden’s revelations in 2013. The bill is designed to legitimise these established practices. This will reduce the likelihood of legal challenges, as happened recently when GCHQ were caught spying illegally on Amnesty International.

The proposals include allowing bulk interception of communications, bulk collection of communications data – meaning ‘metadata’ which is essentially the data about data, and bulk equipment interference – aka hacking. Indeed, ‘bulk’ gathering of information seems to be much of the point of the bill, as Privacy International notes here:

Andy Burnham: proposals are “neither a #snooperscharter nor a plan for mass surveillance” https://t.co/1s23zUGBuT pic.twitter.com/CYIxc1pqXK

Bulk, or mass, collection of electronic information has been fervently sought after by the security services ever since the rise of new technologies. During a visit to intelligence station Menwith Hill in 2008, Lieutenant General Keith Alexander – ex-head of the NSA – reportedly said,

Why can’t we collect all the signals, all the time? Sounds like a good summer project for Menwith.

What bulk collection of communications data means for citizens is laid out here by Snowden:

"It's only communications data" = "It's only a comprehensive record of your private activities." It's the activity log of your life. #IPBill

The bill, if passed, will also force phone and internet companies to store internet connection records – the websites we visit, but not the specific pages viewed on each website – at a cost of 250m to the public purse. These records would be accessed by public authorities, such as the police, for certain purposes.

A ‘double-lock’ safeguard will be placed on most of these surveillance capabilities, according to the proposals. This means the Home Secretary will retain the authority to approve the ‘spying’ warrants, but that approval will need to be further approved by a judicial commissioner.

However, this may not provide as much oversight as it suggests, as David Davis MP clarifies here:

‘The Four Horsemen of the Info-pocalypse’

Fighting crime is the justification given for needing these sweeping powers. In the book Cypherpunks, self-proclaimed ethics enthusiast Jacob Appelbaum lists the four main reasons given for the supposed need for mass surveillance:

child pornography, terrorism, money laundering, and the War on Some Drugs

These justifications are often accepted by the general public, as they are potent issues. However, discussions by the security services behind closed doors question the usefulness of mass surveillance in dealing with these threats.

Reportedly, when dealing with large amounts of data, it can be difficult to locate threats due to ‘analysis paralysis’. In an article published at The Intercept, an analyst at the NSA describes the problem thus:

It’s what happens in SIGNIT (signals intelligence) when we have access to endless possibilities, but we struggle to prioritize, narrow, and exploit the best ones.

This concern appears to hold true. Despite the massive capabilities the UK has for bulk data collection, such as the Tempora program – which sucks up immense amounts of electronic information by tapping directly into the cables that carry it – the Lee Rigby killers escaped the attention of the authorities. This is extraordinary, especially considering they had already featured in numerous investigations by intelligence agencies.

That mass surveillance, or bulk collection as the government would have it, may not be effective is not the only problem. It is also a serious breach of civil liberties, specifically the right to privacy. The oft-repeated mantra that ‘if you have nothing to hide, you have nothing to fear’ misses a crucial point.

That person A thinks they are not sufficiently interesting to warrant attention from the state may not hold true for person B. This is especially true if person B is a dissident, human rights defender, journalist, or lawyer – to give just a few examples.

If privacy rights don’t matter to you, they do to someone else. If they don’t matter now, they may at some point in the future.

And they matter for good reason. A society that has no personal realm exhibits conformist behaviour. The inquisitiveness, daring, and creativity that take place in a private arena wither under an all-seeing eye.

This dynamic was recognised, and exploited, by the 18th-century British philosopher Jeremy Bentham. He designed the panopticon, a prison that ensured inmates could be surveilled at any moment – with or without their knowledge.

The French philosopher and social theorist Michel Foucault describes the effect of this in his book Discipline and Punish:

to induce in the inmate a state of conscious and permanent visibility that assures the automatic functioning of power… the inmate must never know whether he is being looked at at any one moment; but he must be sure that he may always be so.

The great literary figure George Orwell also noted the dangers of a conformist society. This is done most famously in his novel 1984, but is also highlighted in his censored introduction to the novel Animal Farm. Referencing the literary culture of his time in this introduction, he observes:

At any given moment there is an orthodoxy, a body of ideas which it is assumed that all right-thinking people will accept without question. It is not exactly forbidden to say this, that or the other, but it is ‘not done’ to say it… Anyone who challenges the prevailing orthodoxy finds himself silenced with surprising effectiveness.

Orwell was talking about the Great Britain of 70 years ago. Let us not make it the country’s electronic reality today.