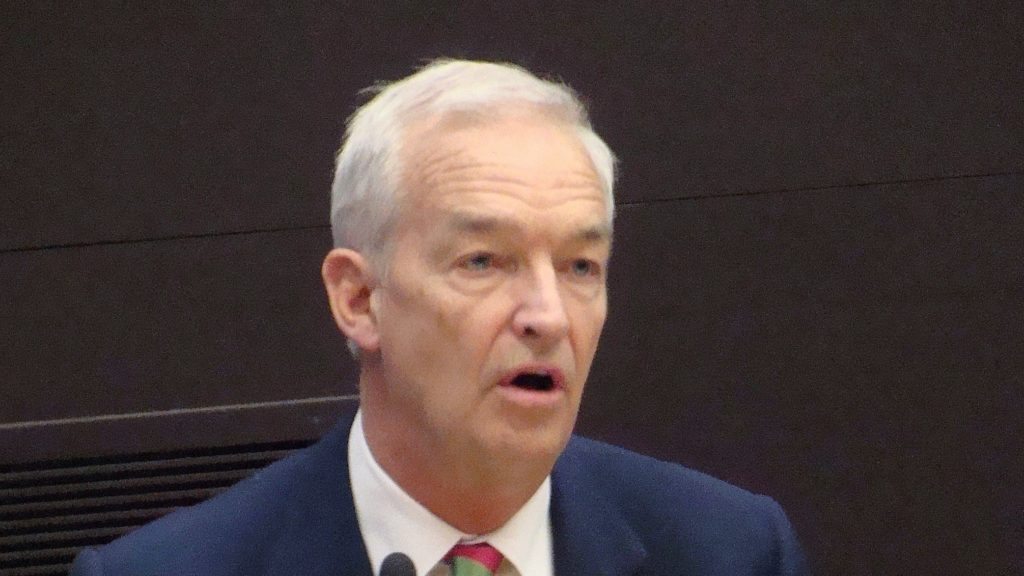 David Cameron has finally admitted that the government is looking at privatising Channel 4, after months of government denials. But Jon Snow has hit back saying: “What is special about Channel 4 will be lost”. The Scottish National Party have also lent their weight to the opposition saying it will fight “tooth and nail” to stop the privatisation.

Channel 4 is a taxpayer-owned, not-for-profit broadcaster that funds itself through advertising. It costs the taxpayer nothing while delivering a public service remit that includes being innovative and distinctive, stimulating public debate, championing alternative points of view and nurturing new talent.

Before the election, the Conservatives insisted there were “no plans” to privatise the channel: “It is not on anyone’s agenda,” they said.

Then, in September, a photographer snapped a government official holding papers that laid out a strategy for privatising the channel. After weeks of speculation, David Cameron finally admitted he was considering privatisation at last week’s Prime Minister’s Questions:

I think it’s right to look at all of the options including to see whether private investment into Channel 4 could help safeguard it for the future.

‘What is special about Channel 4 will be lost,’ says Jon Snow

We cost the public nothing, the amount of money that could be realized is frankly not that much, and in realizing it there is a very serious danger that what is special about Channel 4 will be lost. You tell me of any other entity that can generate £900 million of revenues a year, without costing the taxpayer a bean. We even pay our taxes. We’re putting in as well!

Snow said Channel 4 News would likely be a victim of privatisation:

I don’t think a commercial entity could afford a one hour news bulletin, which doesn’t exist in any other English speaking country on Earth.

The SNP will fight ‘tooth and nail’

Cameron made his admission in response to a question from the SNP’s spokesperson on culture, media and sport, John Nicolson MP. On Sunday, Nicolson told the press that privatisation would require legislation, which the SNP would oppose.

The SNP, he said:

will fight tooth and nail against any moves towards privatisation, including by opposing the full primary legislation that would be required before any such privatisation could happen.

Today I’m calling on others from across the chamber to join us in standing against this assault on the broadcaster.

‘I make decisions, knowingly, that are overtly non-commercial’

Channel 4 has a reputation for taking risks – from its current affairs programming to its dramas. It doesn’t always get it right (‘The Great Global Warming Swindle’ springs to mind) but few would dispute the value of having a national broadcaster able to take those risks, instead of being bound by an obligation to impartiality, or beholden to maximising shareholder profits.

Jay Hunt, Channel 4’s chief creative officer, has argued in the past that a privatised Channel 4 would be unable to take those risks:

It would be a fundamentally different channel and I say that, speaking from the coalface, about the decisions that I make every single day. You don’t commission Cucumber [Russell T Davies’s drama about older gay men] or Grayson Perry talking about identity, or current affairs about children living on the frontline in Syria if you’ve got shareholders demanding you hit a particular profit mark. I make decisions, knowingly, that are overtly non-commercial.

And David Abraham, the chief executive of Channel 4, has warned that privatising the channel would mean slashing its programming budget by a third – money that would no longer be reinvested back into the UK economy through independent producers.

Labour’s shadow culture secretary Michael Dugher has also spoken out against privatisation in the past, saying:

Channel 4 produces distinct and important public content and the broadcaster should remain not-for-profit. An ideological fire-sale of Channel 4 is not in the public interest.

And ideological fire sale it is. Conservatives have toyed with the idea of privatising the channel – which Thatcher launched in 1982 – for years. John Major was dissuaded by the channel’s then chairman – an advocate of privatisation in general – who warned: “with new shareholders seeking to maximise profits, money for dividends would have to be taken directly from the screen at viewers’ expense”. And Vince Cable reportedly blocked a Tory plan to privatise it in 2014.

If Osborne succeeds in selling the channel, it’s been estimated he’ll raise a fairly paltry £1 billion for the Treasury. But we’ll all lose a broadcaster that has the freedom to make mischief, to take risks and to refuse to conform. And heaven knows we need some nonconformist mischief-makers in our media right now.