These volunteers were treated like terrorists, for helping refugees - Canary Workers’ Co-op 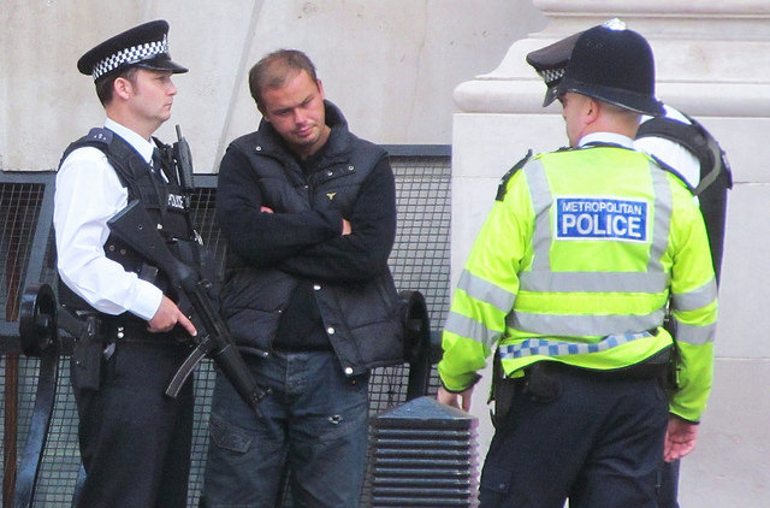 Two volunteers returning from taking aid to refugees in Calais have reported that they were detained under terrorism powers.

Schedule 7 of the Terrorism Act 2000 gives officers the right to detain, search and question anyone, regardless of “whether the officer has grounds to suspect that the person is involved in terrorism”. However, the Codes of Practice, updated in 2015, also states the grounds should not be “arbitrary”.

The volunteers were working on behalf of the London2Calais group who have raised £13,000 to take aid to refugees who are living in appalling and desperate circumstances.

Syed Bokhari, the joint secretary of the organisation, and one of the people detained, claimed this was one of many incidents where they have been harassed for delivering aid. He stated:

We are routinely delayed, questioned and treated like criminals because of the solidarity we bring to the refugees stuck in ‘The Jungle’ in Calais.

This sentiment was echoed by Dalawar Chaudhry, who has been organising the delivery of meals from his restaurant in London. He said:

We’ve got young lads in their teens, who are really fired up and interested in the good work of the community…but the authorities hinder our operation, they intimidate us and deter us.

Furthermore, My Chaudhry accused authorities of “stopping all the Asian guys”, a view echoed in Home Office figures showing that ethnic minorities, especially Asians, were over-represented.

Despite the Codes of Practice stating all stops must be “exercised in a manner which is proportionate and which does not discriminate against anyone on the grounds of race or religion,” the reality for Asian communities is very different. Respondents to the Equality and Human Rights Commission Report into ‘The impact of counter terrorism on Muslim communities’ included a Glasgow man who stated:

The first thing you always ask your friend when they come back from travelling is did they stop you…it’s not how was the holiday, it’s did you get stopped and what did they ask you. That is the first question people ask you know.

Another person quoted in the report is a civil society practitioner from Leicester:

The one that captures the attention is Schedule 7…that is the one that is most felt…everybody knows somebody that has been stopped … not just stopped but also hassled at the same time.

There is also significant evidence that this legislation is being abused in the detention and questioning of political activists. Those stopped include environmental protesters, animal rights activists, and members of the Anarchist Federation.

Two journalists from Corporate Watch have been stopped numerous times after returning from research trips to Palestine. In their account of one of their detentions, they describe the questions asked as unrelated to terrorism, and more about their activism. Therezia Cooper, who was detained for an hour and fifty minutes wrote:

The information they were asking for was not information that relates to terrorism. It was about protest groups and campaigns. Really mundane questions like: Where do you print the leaflets? What was the last flyer and article you wrote? Where do you get your money from? What sort of bands do benefit gigs for you? and so on.

Such lines of enquiry are more about intelligence gathering than terrorism, and the Codes of Practice are clear the legislation should not be used in this way, stating the “examining officer must cease an examination” when they are “satisfied that sufficient information has been obtained to allow a determination to be made as to whether the person appears to be or to have concerned in the commission, preparation, or instigation of acts of terrorism.”

Just a fishing expedition, but a deeply worrying one. On the one hand, police are stopping investigative journalists researching corporations, and in this way threatening freedom of speech. On the other, they are intimidating activists involved in protest movements and movements of international solidarity. In both instances, they are doing this by misusing legislation which clearly states it is only to be used to investigate terrorism.

This is yet another example of racist political policing where terrorism powers are abused to harass, monitor, and gather intelligence on communities and activists. In the words of the Network for Police Monitoring:

This power is discriminatory and draconian, it undermines civil rights and criminalises communities and political dissent. Like so many other counter terrorism powers … it is something we would be better off without.