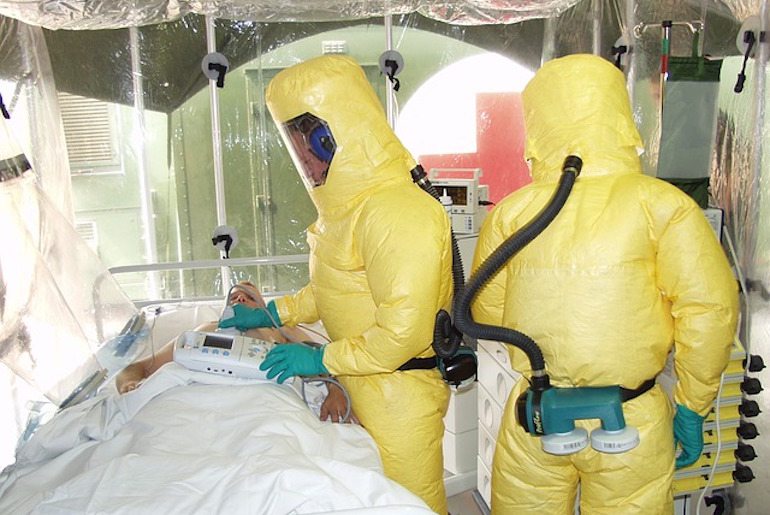 A common tactic for halting the spread of a disease is to quarantine patients. In terrifying situations like the current Ebola outbreak, people are often forced into isolation against their will, for the purported good of the population.

But now scientists are saying this abuse of human rights isn’t necessary in the control of an epidemic, and may actually make an outbreak worse.

In a new study, researchers from Médecins Sans Frontières suggest that giving patients the power to decide whether to go into quarantine might actually be more effective than enforced quarantine at curbing the spread of disease. The researchers said:

Forceful quarantine has probably contributed little to curbing the epidemic … The prospect of being kept in isolation may at times have created deterrence in communities and contributed to the perpetuation of the epidemic.

A year ago, West Africa was in the grip of fear and uncertainty, watching as thousands of people were infected and killed by the merciless Ebola virus, which seemed almost unstoppable.

Quarantines were set up for people suspected of being infected, in a desperate bid to halt the spread of the disease. This was a source of debate in the US, where returning healthcare workers were isolated. Meanwhile, practically unnoticed, thousands more people were being quarantined in West Africa.

They were scared – not only of dying but also of the serious consequences of quarantine, including being stigmatised and losing their livelihoods. In situations like this, doctors can end up coercing rather than convincing people into quarantine, resulting in – albeit unintentional – an abuse of their human rights. The authors of the study explain:

In their encounters with Ebola victims, outreach teams face moral dilemmas, where the boundaries are unclear between coercion, persuasion and appeals for self-sacrifice … Front-line responders striving to implement urgent public-health measures have been working in an unusually difficult context, marked by the temporary suspension of civil liberties, controversial quarantine measures, weak human-rights protection, questionable public-health strategies and blurred responsibilities.

Such public resistance exacerbates the situation – people actively avoid the measures, which means many patients go untreated. In Sierra Leone, for example, a systematic search of houses revealed that a third of all Ebola patients had been missed and they were actually at home.

What’s the answer? The scientists say giving people the power to decide whether to be quarantined would help, provided they are armed with all the information they need.

They suggest building trust by being open about the exact reasons a person should be isolated – communication has been inadequate in the West Africa Ebola epidemic, and people are more likely to resist public health measures if they are not accompanied by valid information.

Roles should be clear: Ebola is not the only challenge people are facing in the region, so separating the roles of healthcare workers from those of law enforcement authorities can be helpful. Including Ebola survivors in outreach teams is also a good approach, say the researchers.

The current Ebola epidemic is now fading out, with only one new case reported in the last three weeks. But the epidemic has claimed more than 11,300 lives and had an irreversible impact on countless others, including through enforced quarantine.

It’s impossible to predict if and when we’ll see another Ebola outbreak, but devastating diseases will always challenge the relationships between public health workers and communities. For the millions of people who will face outbreaks in the future, it is vital that we learn from the Ebola epidemic, and putting patients in control is one important lesson we can take away.