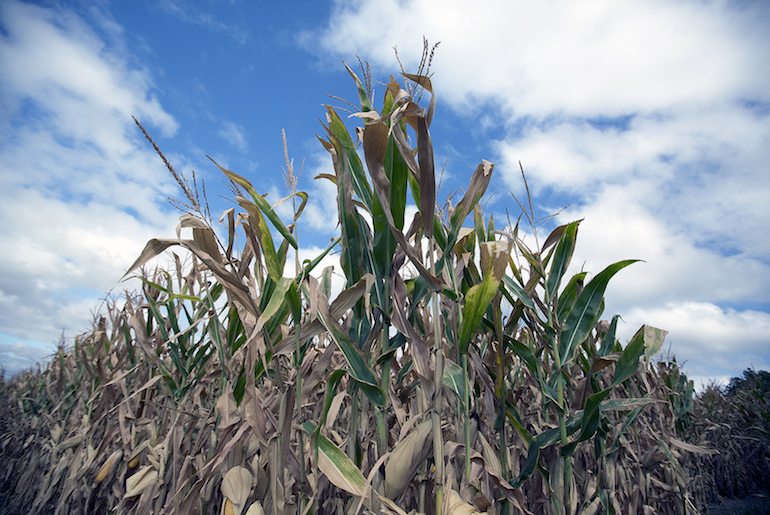 It might look like the UK is trying to limit its greenhouse gas emissions in a bid to mitigate climate change, but we’re actually having an increasing impact – just not in the UK.

When David Cameron urged world leaders to “take action against climate change today”, he probably wasn’t worried about the impact the UK was having on greenhouse gas emissions in their countries.

But new research suggests he should have been. The country’s food supply creates a whopping 21.9 megatonnes of greenhouse gases, and 64% of these emissions are having a direct impact abroad. Given the threats to food security in the UK, this is only set to increase.

A new study published in the Royal Society’s journal Interface looks at the impact the UK’s eating habits are having on the world, and reveals they’re actually causing more emissions abroad than at home.

According to the study, the UK imports more than half of its food and animal feed. The amount of land needed to grow the food we eat increased by 23% between 1986 and 2009; 70% of this land is abroad.

Henri de Ruiter, co-author of the study from the University of Aberdeen, told New Scientist:

If we want to reduce the impact of our food consumption, it’s not enough to only look at domestic production.

Today, a quarter of the food produced globally is traded internationally; 40% of the world’s land is used for agriculture. Farming is a strong industry in the UK, but with increasing threats from diseases and flooding – both accidental and planned – we’re likely to be even more reliant on imported food in the future.

If the UK’s demand for food from overseas is leading to increased carbon emissions in other countries, who is responsible for those emissions? Arguably, the UK should be taking responsibility. But the government’s focus is still at home. The authors explain in the study:

… total environmental impact is ultimately driven by consumption, yet governments mostly focus on low impact per unit of production within national boundaries and give less consideration to addressing consumption volumes and patterns… analysing specific countries and specific activities such as food consumption will be needed for policy-making as most decisions are still made at a national level.

This is the first study revealing the impact of the UK’s imported food habit, and there are surely more to come showing similar patterns for other countries.

Climate change is complex, and it’s time we started looking past our own borders at the effect we’re having on the rest of the world.