There really are fundamentalists endangering our country. But they don't look like this. - Canary Workers’ Co-op 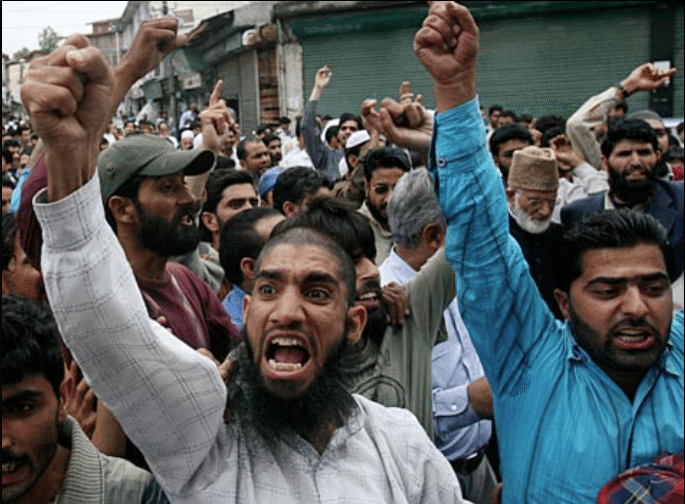 There is a near-constant torrent of media attention on the fundamentalists of ISIS (Daesh) operating thousands of miles from UK shores. Yet the real and present danger from fundamentalism comes from a source much closer to home, the UK’s Conservative government.

What is a Fundamentalist?

A Fundamentalist, or zealot, is someone so consumed by an ideology, that they fight for its implementation in the face of any and all contradictory evidence. While say, a Christian Conservative zealot would hold fast to the idea of Creationism (that the world was created 5,000 years ago by an omnipotent God) in the face of fossils ad other scientific evidence that the world is at least 4.2 billion years old.

For a pro-Austerity zealot, there is just as ample evidence that their policies are damaging and destabilising the economy, rather than building recovery – and yet they pursue their agenda unimpeded by the facts.

The Case for Austerity Blown Apart

The evidence base for Austerity was dealt a hammer blow in 2013 by the discovery that the definitive economic paper underpinning it was based on a single Excel spreadsheet with a faulty column. The IMF called for a rethink on Austerity, the UK’s credit rating was downgraded, the economy stalled and unemployment rose. Only an Austerity fundamentalist would continue with such a clearly bogus policy. Yet, they did.

Some might argue: ‘Ok, so the scientific paper was bogus. But there could have been real world results that made keeping with the policy a sensible choice?’

That’s a totally legitimate line of argument. It is also totally undermined by the evidence. A simple case study between countries which applied Austerity policies after the 2007/8 Financial Crisis and those who didn’t reveals a clear picture of the danger of Austerity-thinking.

In 2007/8, two European nations stood on the brink of insolvency – Greece, and Iceland. The proposed remedy for both was a bank bail-out, a central bank loan and austerity. While Greece’s political elite embraced austerity, Iceland rejected it.

First, a look at Greece. The Greek government accepted an £88bn loan from the IMF and the European Central Bank (and the Austerity measures attached) in order to bail out its banks and stay in the Euro.

Austerity has been a disaster for Greece. But how did Iceland fare?

Iceland refused to use tax payer cash to honour debts run up by the private sector, jailed the bankers responsible, kicked out the Prime Minister and put him on trial for his part in the crisis, and invited its citizens to write a new constitution.

There is no competition. Iceland’s decision to reject Austerity economics and apply the principles of justice, and social democracy, meant that the nation was able to rebuild and recover. Greece, by stark contrast, was asset-stripped and exploited for private sector gain.

Austerity in the UK

The picture has just as dark for those battered by Austerity economics back home in the UK.

Faced with the debunking of the economic ideas behind Austerity, the real-world failure of the policies, and the success of alternative ideas – any rational human being would take pause to reconsider their views. Only a fundamentalist would continue, unaffected by the facts.

UK Prime Minister David Cameron seems positively gleeful at the advancement of his austerity agenda, declaring there is ‘no end in sight’ for the programme of public sector cuts.