Think the BBC is biased? The Telegraph just called you an idiot. - Canary 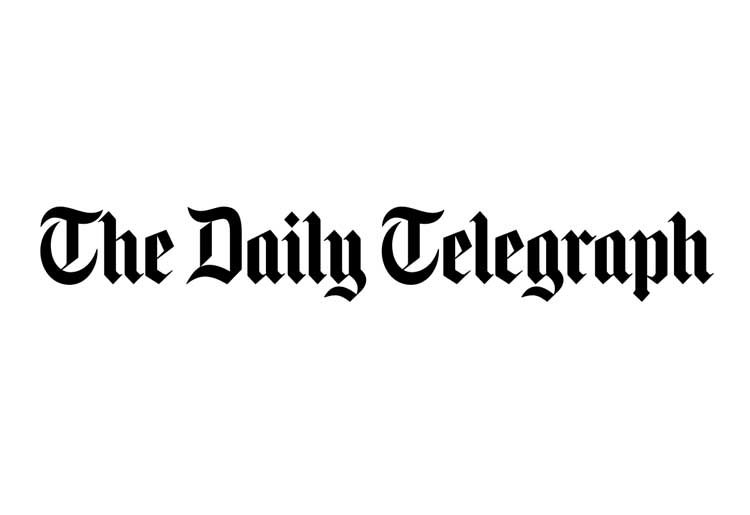 In an article long on name-calling but short on argument, The Telegraph appears to brand anyone who forms or expresses their opinions online an “idiot”. The source of this bile seems to be a recent petition calling for a series of high-level sackings at the BBC, over the orchestrated live resignation of Stephen Doughty.

Using colourful metaphors, and a number of variations on the word “idiot” – such as “moron”, “thick”, “intellectually deficient”, “dim-witted” and so on – the Telegraph’s political editor James Kirkup lays out his flawless reasoning as follows:

The internet, the apex of human technical and intellectual achievement, means that no matter how dim-witted you are, no matter how fundamentally stupid your ideas are, you can always find someone who thinks the same way and can tell you that you’re right.

Sounds a lot like people who read and write for The Telegraph. But anyway, on to those fascinating and enlightened ideas Kirkup appears to be able to dish out in spades:

For evidence, consider a petition calling for the sacking of Andrew Neil, Laura Kuenssberg and anyone else at the BBC who’s recently bothered to get off their well-fed backside and actually do some journalism instead of just cribbing PA and the papers.

The incident in question involved BBC political editor Laura Kuenssberg ringing round to see if anyone was thinking of resigning, and encouraging Stephen Doughty to do so live on air. This came an hour before Prime Minister’s Question Time, during which Cameron brushed off any mention of the government’s record on flood defences, with references to Corbyn’s shadow cabinet reshuffle. And then Kuenssberg went on BBC’s News at Ten, and turned it into nothing short of a Tory party political broadcast. That’s not journalism, that’s making the news – and it’s certainly not impartial.

Particular targets of Kirkup’s ire were anyone who uses the term MSM (mainstream media). The following unequivocal statement is never quite explained:

I’m straying a bit here, but can I just say that anyone who uses the phrase MSM without irony is an idiot? No ifs, no buts, no jokes. Idiot. Full stop.

Looks like there are plenty of ifs and plenty of buts, and a fair few jokes to be had at this outburst. Full stop. But none of them could be had, because comments were disabled on  this “article”. Perhaps Kirkup is aware that the internet’s army of the “thick” may well swamp him with arguments, reasoning and evidence-based criticism as well as a fair share of insults in return.

But here’s where his total lack of an argument crashes head on with reality. Unlike The Telegraph, the BBC cannot simply reflect the political opinions of its editors and its hosts, as it appeared to do on the Daily Politics and the News at Ten on 6 January.

The BBC is funded by TV licenses and the taxpayer, and as such has a commitment to impartial news coverage. It’s own website states:

The Agreement accompanying the BBC Charter requires us to do all we can to ensure controversial subjects are treated with due impartiality in our news and other output dealing with matters of public policy or political or industrial controversy.

We must be inclusive, considering the broad perspective and ensuring the existence of a range of views is appropriately reflected.

It is not the BBC’s job to make the news or even to break it; its job is to report the news impartially and that is made very clear in its charter and its agreement with the UK public. The point of a publicly funded service is that, freed from commercial interference, it can report the news without taking sides. Recently, it just hasn’t been doing that.

Nick Robinson was flabbergasted by the BBC’s anti-Corbyn bias as far back as September – is he an “idiot”, a lefty, or someone who knows nothing of journalism? Well, as former editor at the BBC, Robinson might know something about it, and his political leanings are strictly Conservative. Even Peter Hitchens, not usually known for his sympathy to the left, spoke out against “reshuffle garbage.”

No wonder that odious little men like Kirkup resort to name-calling, because as arguments go they haven’t a leg to stand on. In lieu of argument, his article reads like a long-winded rant at the people who no longer pick up his paper – a number that has dwindled to 479,290 daily and is falling at a rate of  8% per year. Is there an undertone of fear here, that perhaps those readers are flocking online because it’s where they can come to their own conclusions?

The very people Kirkup calls “idiots” are basically the British public, or a fairly decent cross-section of it, and they are showing their smarts by passing over his dodgy opinion pieces in favour or the breadth and independence of alternative media. Thanks to the boundless wealth of knowledge available, the public are now a well-informed lot, and know bullshit when they smell it.