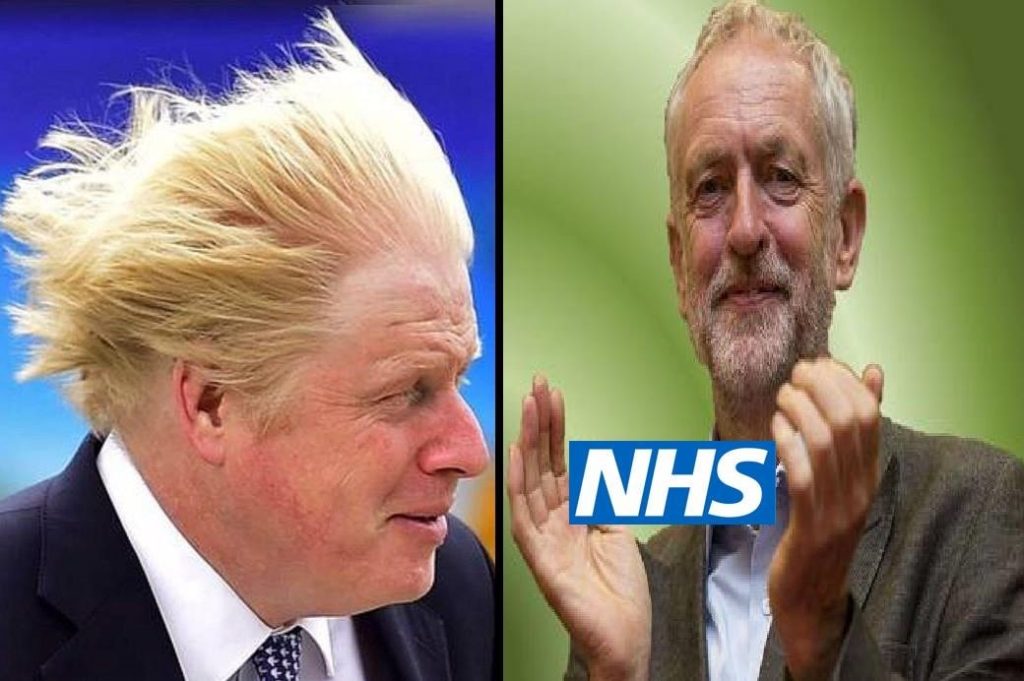 Boris Johnson has used Jeremy Corbyn to attack junior doctors, who are going on strike today (12 January). The London Mayor wrote that the British Medical Association (BMA) is “in the grip of advanced Corbynitis” and “more interested in politics than their patients,” because some in the BMA council are Corbyn supporters.

Corbyn is not really to blame for the strikes, as tends to be the case with ‘guilt by association’. Junior doctors are striking with the democratic mandate of 98% of BMA members, and because of the repercussions of an NHS crippled by lack of funding.

The catalyst for the junior doctors’ strike is a new contract being imposed by Jeremy Hunt that amounts to dangerous, even longer hours and pay cuts for some staff.

But this time Corbyn should wear the accusation he’s to blame as a badge of honour.

Junior doctors are using industrial action to challenge injustice and mediate the power of capitalists.

To be ‘accused’ of inspiring such action is something to be proud of. If it weren’t for trade unions we would not have many of the rights we take for granted today.

If you asked someone ‘what are you doing this Saturday?’ 100 years ago they would look at you strangely, and reply ‘working long hours in the factory for breadcrumbs, of course’. Sunday was always a day of rest because of the Christian religion, but it was trade union campaigns that gifted us a two day weekend. Those beautiful Saturday lie-ins are a product of workers’ struggles.

Boris and the Tory party’s historic counterparts would have vilified industrial action back then, as they do now.

Yes, it used to be worse. Without trade unions pressuring capitalists to introduce the 40-hour working week, we wouldn’t be at home with a cuppa by 6. We’d still be stressed out at work, missing our friends and family. Huge industrial action demanding an 8-hour workday culminated at the turn of the 20th century. Of course, you can work longer than that today, but, crucially, it’s your own choice.

Credit lies with trade union campaigning for increases in annual leave, now at 5.6 weeks. Industrial action has increased the time we can kick back on the beach with a book.

Greater equality between employers and employees

Workers were the only ones who could be sued for breaching a contract, before trade union movements. The Employers and Workmen Act in 1875 eradicated this double standard. Without proper working class organisation, we’d just have to swallow it if our boss took us for a ride.

There are many other examples of how trade unions have shaped our lives for the better, including helping introduce the minimum wage, combating workplace discrimination and better parental leave, to name a few.

The struggle continues today. The NHS lacks funding because the Tory party is intentionally trying to cripple it in order to manufacture the argument for privatisation, or, in other words, sell it off to their mates. Shocking numbers of Conservative parliamentarians have links to private healthcare. They say we can’t afford the NHS, but with pregnancies costing up to $45,000 in America, we can’t afford not to have it.

Today, workers are told that economist Adam Smith’s ‘invisible hand’ of laissez-faire capitalism will benefit them fairly; they are sold an idea of ‘trickle down’ economics. Yet, top bosses earn more than the annual average salary after just two days at work. It’s not trickling down, it’s trickling up. Income inequality has been consistently rising since the 1980s.

The Tories’ new trade union bill seeks to decimate the unions, because they are the way we tackle this type of injustice. With this scale of economic disparity, industrial action is now more important than ever. Corbyn should be honoured to be associated with such a movement. We need trade unions today, because, the truth is, most of us only notice the ‘invisible hand’ when its middle finger is raised.

Today (12 January) junior doctors have been forced to strike for the first time in over 40 years. Support them on #JuniorDoctorsStrike.