You won't believe the answer to being replaced by robots at work! - Canary 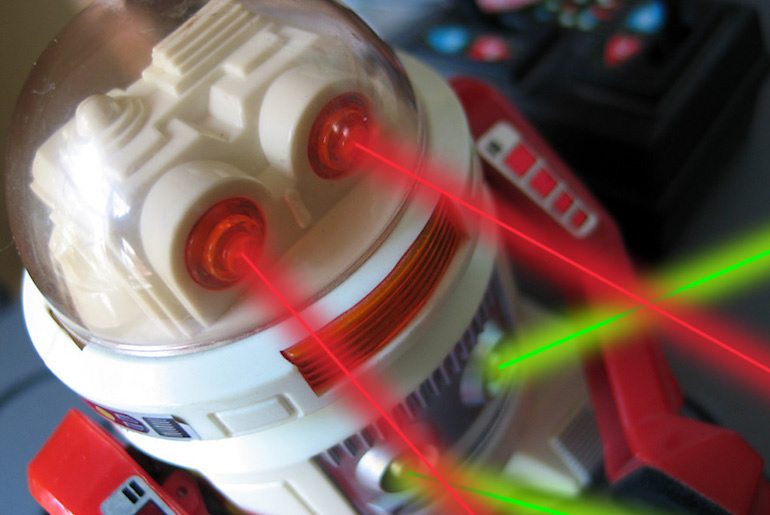 Worried robots might one day take over your job? Thankfully, humans are still considered better in almost every way – except one. We have faulty memories, while robots simply don’t forget tasks.

But don’t panic just yet; scientists from Stanford University have come up with a solution that could make sure we stay ahead of robots in the world of work. Their invention? A robot that can point out the things we forget.

Although perhaps not advisable (and arguably impossible), multi-tasking is something we’ve all done at work. Jumping from one thing to another can mean you might forget a step in a process, or forget to finish something properly. If that means you don’t proofread an email, it’s not such a big deal. But if, for example, you’re producing sensitive medical equipment, forgetting a piece of the product could put someone’s life in danger.

The researchers have developed a robot that watches us as we work and can point out things we forget to do. As they explain in their paper:

The average adult forgets three key facts, chores or events every day. Hence it is important for a personal robot to be able to detect not only what a human is currently doing but also what he forgot to do.

The robot – dubbed Watch-Bot – can watch people working and learn the steps that make up each task they carry out. After about a week, it can then point out forgotten tasks using a laser pointer.

Learning in this way makes the robot more cost-effective, as Yezhou Yang at the University of Maryland told New Scientist:

The good thing about unsupervised learning is you don’t need to annotate a lot of data, which means it’s cheaper.

Watch-Bot is a depth-sensing camera on a tripod with a laser pointer, which is connected to a computer. The setup is so simple that it can easily be added to any existing robot. As Watch-Bot’s creator Prof. Ashutosh Saxena from Stanford University explained:

A robot with a camera is very easy to manufacture and ship. All a company needs to do is take that robot and let it sit there. Just by doing that, the robot can become useful over time.

Saxena and PhD Student Chenxia Wu, from Cornell University in the US, tested the robot in 24 trials, watching people in the office and kitchen. Watch-Bot was 60% accurate in pointing at forgotten tasks like putting the milk back in the fridge. They conclude:

We showed that our robot was able to remind people of forgotten actions in the real-world robotic experiments by pointing out the related object using the laser pointer.

Although the researchers aren’t yet comfortable putting the robot in charge of safety monitoring until they can improve its accuracy, there are many potential applications outside the workplace. For example, Saxena and Wu think Watch-Bot might be able to help elderly people who want to live independently.

Robotics professor Ronald Arkin, from the Georgia Institute of Technology in Atlanta, thinks it could even have military applications, as he told New Scientist:

One of the problems is recognising hostility or hostile intent. Could these systems recognise what hostile intent was? If they could do this unsupervised, it would be very interesting.

Watch-Bot has great potential, but for now, you’ll have to rely on your own memory (and lists, nudges, reminders…) while Saxena and the team improve its accuracy. But it’s not too much of a stretch to imagine a time when you never have to worry if you switched the iron off.