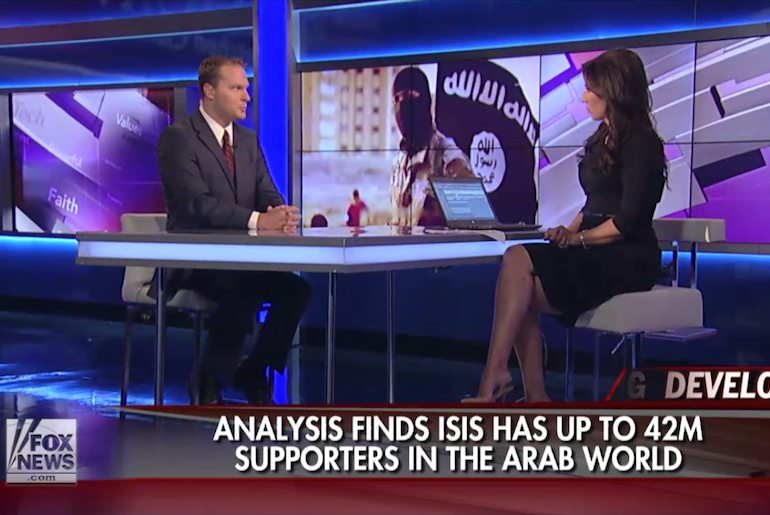 Media coverage depicting Muslims as terrorists has had an obvious impact on public opinion. But a new study reveals a previously unknown consequence that is already causing Muslims significant harm: negative media coverage has led to increased support for race-related public policies.

Since September 2001, US media coverage has increasingly depicted Muslims, Arabs, and people from the Middle East as terrorists – a threat to national security. And previous research has revealed a link between negative media coverage and anti-Muslim public attitudes – something which has become increasingly evident over the last decade.

For the first time, research now shows that the media is influencing support for policies that could harm Muslims both in the US and overseas. But it’s not too late. According to the new study in question, the media also has the power to reverse support for anti-Muslim policies.

Researchers at the University of Michigan carried out three studies to determine the short-term and long-term effects of media coverage depicting Muslims as terrorists on public support for policies that could harm Muslims. As Futurity reports:

The negative media exposure about Muslims results in more American support for public policies that harm Muslims domestically and internationally, in part, because this group is perceived as aggressive.

In the first study, researchers asked 715 college students about their exposure to media coverage portraying Muslims as terrorists, and about whether they supported such beliefs. The results showed that long-term exposure results in support for military action in predominantly Muslim countries.

In the second study, about 200 adults shared information on their exposure to media coverage of Muslims as terrorists and their views on domestic “civil restrictions” on Muslim Americans, such as government monitoring without consent and increased airport security. Again, long-term exposure led to support for civil restrictions on Muslims.

And such support is not just blooming in the US. As the Canary reported on 5 January, the Sun’s former editor Kelvin Mackenzie believes that only Muslims can be terrorists. He said “Muslims, men from the Middle East or Africa mainly” are those most likely to take a bomb onto a plane.

In December, 11 members of a Muslim family were robbed of their Disneyland “trip of a lifetime” shortly after presidential hopeful Donald Trump suggested Muslim people should not be allowed to enter the US.

Mohammad Tariq Mahmood, one of the family members who was denied entry to the US, told the Guardian:

It’s because of the attacks on America – they think every Muslim poses a threat.

But it’s not the attacks themselves that are shaping public opinion so strongly; it’s the constant media coverage depicting Muslims as terrorists.

The third study carried out in Michigan revealed the instant effect such coverage can have. It involved showing participants three news clips: one showing Muslim men planning to attack a military base, one showing a school changing the date of its football game because of Muslim students fasting during Ramadan, and one showing Muslims volunteering at Christmas.

Perhaps unsurprisingly, the negative video led to greater support for anti-Muslim policies in the short term, while the neutral and positive videos reduced support. The reduction was more pronounced for conservatives than for liberals.

The media has clearly played a part in garnering support for policies that harm Muslims in the US and overseas, but the Unversity of Michigan researchers say the media has just as much power to reverse this. Study leader Dr Muniba Saleem, from the university’s Department of Communications and Research Center for Group Dynamics, said:

The media in itself isn’t the problem; it’s the content within it. If there was more balanced news coverage of Muslims in the United States, as well as worldwide, we would observe a reduction in negative attitudes and behaviors towards Muslims. This is especially important considering the majority of Americans rely on media as their primary source of information about Muslims.

In other words, the media may not be the problem, but the way it portrays Muslims is. While anti-Muslim media coverage has had a significant negative impact on public opinion, it’s not too late for the media to turn this around and be accountable.

By giving more airtime and column inches to stories that show Muslims in a positive – or neutral – light, the media could actually start to rebalance public opinion. Who knows, positive coverage might even have the power to sway the most racist supporters of anti-Muslim policies.