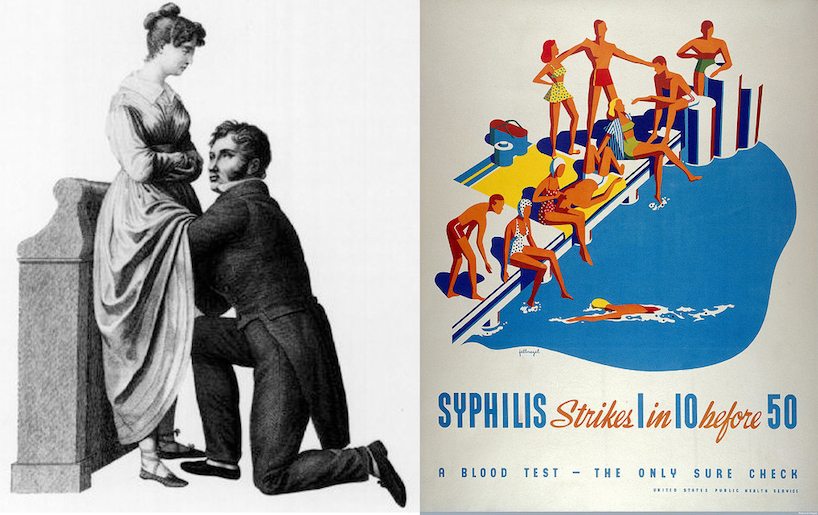 New research has brought to light that the presence of – and drive to prevent – sexually transmitted infections (STIs) amongst our ancient ancestors may have helped to shape our modern, monogamous lifestyles…

Promiscuity is the norm

Promiscuity is natural to the majority of the world’s animals. Two of our closest-living relatives, bonobos and chimpanzees for example, are promiscuous as a rule and do not form pair-bonds.

This promiscuity is thought to ensure that the gene pool remains diverse, help to fend off rampant disease, and even help prevent a species from going extinct.

So why did humans evolve into a (mostly) monogamous society? 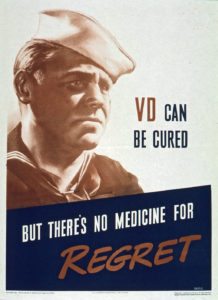 Moving from polygyny to monogamy

According to research published recently in Nature Communications, sexually transmitted infections (STIs) could explain this move towards monogamy.

The co-authors of the paper, from the University of Waterloo in Canada, and the Max Planck Institute for Evolutionary Anthropology in Germany, used a computer simulation to model the effects in different populations with a prevalence of STIs.

The authors used the computer model to explore how bacterial STIs like chlamydia and gonorrhea (which can cause infertility) affected populations of different sizes. Small “hunter-gatherer populations” of around 30 people were compared to larger “post agriculture populations” of up to 300 people. A period of 30,000 years was studied and 2,000 simulations were run for each group.

According to the paper, many larger human societies transitioned from polygyny to socially imposed monogamy after the arrival of agriculture and its associated larger, more settled, residential groups.

Polygyny – where men have several long-term partners but women only have one – was thought to be the norm during the hunter-gatherer phase of our existence, when our ancestors travelled in small groups, before the more settled agricultural life took hold.

Some societies and religions still practice polygyny today, of course. In the ‘polygyny belt’ for example, which stretches across Africa from Senegal to Tanzania, it is apparently not uncommon for a third of married women to share their husbands.

Polygyny makes some sense from an evolutionary point of view – having a variety of offspring with different partners means pregnancies can overlap, speeding up the growth of society; plus, the mixture of different genes within families means that some children are likely to be better protected against certain diseases.

Chris Bauch, one of the co-authors of the paper told The Guardian:

Hunter-gatherers tended to stay in smaller groups. So even if some STIs were making the rounds, they wouldn’t have travelled far and eventually would die out.

‘Til death do us part

Today, we can treat infertility causing STIs such as syphilis, gonorrhea and chlamydia with antibiotics.

Back in the days of early agricultural societies, however, these diseases would lead to infertility or sometimes worse. Naturally, we don’t know if these diseases even existed at that time, but gonorrhea for example is known to have a long history and STIs in general are predicted to be as old as mankind.

In larger, rapidly expanding groups of people, STIs would become endemic and therefore have major implications on the group as whole’s health and fertility. To overcome this, polygynists likely ended up being ‘punished’ for their lifestyle, state the authors of the paper.

So the move to monogamy would likely have been a slow, perhaps policed, process. As Bauch says:

If you think a behaviour is not acceptable, you have to spend time protesting and put effort into trying to develop social institutions or impose norms.

By ‘punishing’ polygynists and adopting monogamy, the overall fitness within large residential groups improved due to reduced STI exposure, argue Bauch and his co-author Richard McElreath.

It’s important to note that some people argue that monogamy is an ideal rather than a reality though, with infidelity being common in humans as well as other ‘monogamous species’ such as songbirds and lizards.

Would including this fact in the model change the results? That’s a question that has yet to be answered.

Various other theories exist for the evolution of monogamy.

One theory is that monogamous behaviour evolved to prevent infanticide. Through evolution, as our brains (and therefore skulls) grew from those of early primates to the humans that we are today, the need to give birth earlier also grew in parallel. Consequently, our offspring became dependent for longer periods of time, stopping us from reproducing again until they were weaned.

In some species such as gorillas, this phenomenon results in targeted infanticide by some males wishing to gain access to a female. In species that form strong pair-bonds however, the male can protect his offspring from other males.

Another theory states that males may have developed a ‘mate guarding strategy’ – where a male protects his lady to ensure that no one else mates with her.

Yet another theory links monogamy with the development of our brain and limbic systems enabling more sophisticated emotions. Being separated from people we are ‘pair-bonded’ with has been shown to create similar feelings of pain to those felt when a mother is separated from her child. Essentially, monogamy could be due to the evolution of love.

Other questions remain to be answered. What about the promiscuous single men in these early agricultural societies for example? How would STIs affect them and the population in general?

I can understand theoretically that STIs could have some kind of impact in reducing extra-pair copulation, but that it should bring about socially-endorsed monogamy doesn’t seem likely to me.

As Kit Opie, a Fellow in the Department of Anthropology at UCL tells The BBC,

Their modelling is not based on realistic assumptions.

So, although this exciting new research sheds light on how STI’s may have helped to instigate monogamy, it doesn’t debunk other theories, and questions remain to be explored. Personally, I think it’s nice to know that love could have a little something to do with it, too…