When IDS quits his job he doesn't get sanctioned, he gets this instead - Canary 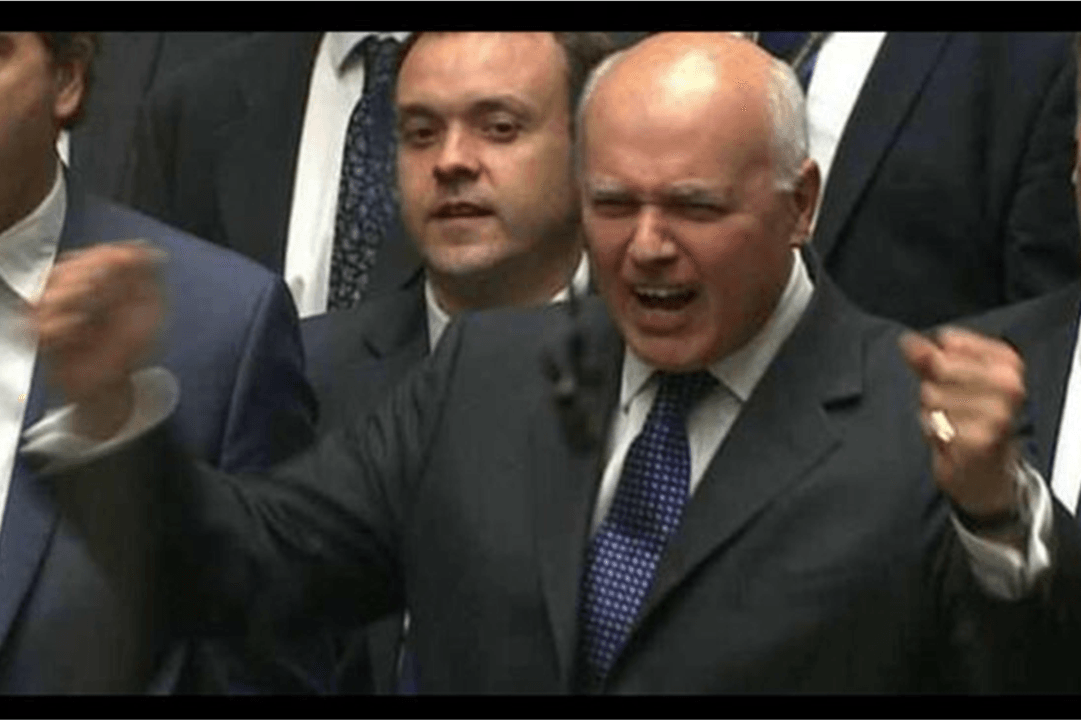 When Iain Duncan Smith resigned as Work and Pensions Secretary, he became eligible for a hefty severance package. If he had stormed out of most normal jobs in the same way, there would have been no ‘golden goodbye’ and a frosty reception at the jobcentre.

Luckily for him, IDS will be able to stumble along on his £75k MP’s salary, especially as he is able to live rent-free in his father-in-law’s country mansion. Had he been forced to sign on, however, he would have found jobcentre staff taking a dim view of his decision to leave his job.

Under the pervasive regime of sanctions that IDS did so much to encourage, benefits can be withheld for up to six months if a claimant has left employment voluntarily. He could make the point that his job had been made intolerable by the behaviour of his colleagues and maybe even cry a bit, but the adjudicator might not agree with him. Even if he were to appeal and be successful, it would still have to go without payments while the appeal was processed.

But of course IDS didn’t make himself unemployed – he simply reduced his responsibilities (and, one imagines, his hours). Again, while this makes no odds in the financially comfortable world of IDS, for those in jobs so badly paid that their wages need topping up by the state, the threat of sanctions still looms. Under the new Universal Credit system now being trialled, people can be working full-time and yet still be forced to attend weekly or fortnightly jobcentre interviews if their hours are deemed to be insufficient. Failure to comply can result in penalties of hundreds of pounds.

As it is, millionaire IDS will get a parachute payment to help him drift down gently to the back benches. Political Scrapbook has dug up the appropriate bit of legislation in a briefing paper (pdf) from the House of Commons Library. As is often the way with these documents, it is couched in incredibly convoluted language and open to more than one conclusion. Political Scrapbook assumes the payment is based on three months of a minister’s total salary, therefore about £34,000. It is more likely, in the opinion of this writer, to be based purely on the ministerial salary (£60,565 pa) which would give a figure around £15,000. Even this could fluctuate a bit, depending on how the legislation is interpreted.

What is beyond doubt is that it’s a sizeable sum, being paid to someone who frankly doesn’t need it and it’s yet another indication that our politicians are all too able to make decisions with devastating consequences for ordinary people, whilst remaining completely insulated from reality.

Enough of this injustice! Join the People’s Assembly rally on Saturday 16 April