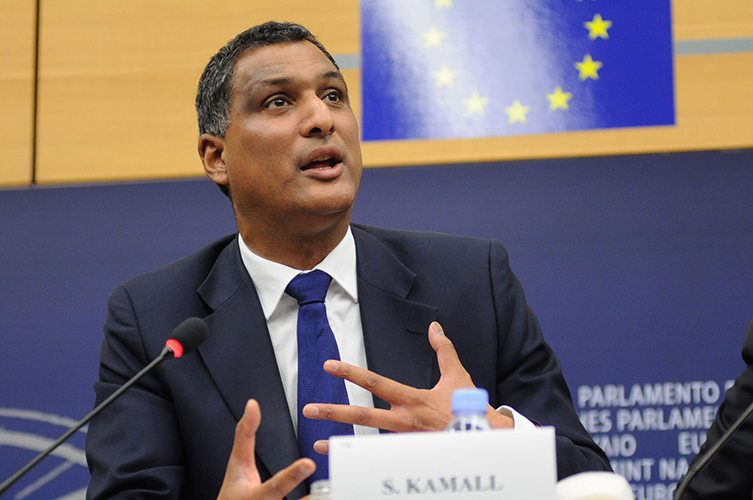 Dennis Skinner MP’s comment about ‘Dodgy Dave’ saw him kicked out of the House of Commons for ‘unparliamentary language’, just days before the European Parliament saw its own insult flung across the room. However, the label – and accompanying gesture – directed across the bench by Tory MEP Syed Kamall at a Belgian MEP was considerably more offensive, and yet seemingly unpunished.

Belgian MEP Guy Verhofstadt was speaking passionately in favour of an increase in EU integration. MEP’s were debating in the hope of improving European counter-terrorism strategy. The subject was particularly close to home both literally and figuratively for Verhofstadt, only weeks after the Brussels terrorist attacks in March. Indeed, one of the bombs went off at the Maelbeek Metro station, just meters away from the European Parliament.

Pro-Brexit Conservative Kamall clearly didn’t buy his argument, however, and felt that an appropriate response would be to call Verhofstadt a ‘w*nker’, accompanying the insult with its internationally renowned hand sign.

Yet another politician caught red-faced (and handed) gives us a brief release by laughing at their misfortune. Perhaps its a sense of relief from our collective frustration when we witness them plummet from the heights of power, even if just for a moment.

It seems parliamentarians on the continent are far more relaxed than us, since the MEP seems to have faced reprimand only via minor chuckles from the tabloids and Twitter.

@SpiegelPeter @SyedKamall @GuyVerhofstadt I think that gesture means: 'More Europe, please.' But it could be misinterpreted.

Unsurprisingly, the UK’s wildly crass Daily Express made a shoddy attempt to hijack the event and push its pro-Brexit agenda. They suggested that the Parliamentarian’s blatant and graphic slur was in fact a perfect way to deal with “europhile” opponents.

WATCH: Has a Tory MEP just shown the best way to deal with europhiles? https://t.co/MJ9D1CaSai pic.twitter.com/FoBo1stj4V

The Express weren’t so supportive about Dennis Skinner’s jeer in the House of Commons however, saying that, after being reprimanded by Speaker John Bercow the MP “sloped out of the chamber”.

Though the Express’ political department considers it an idea to continue scraping the barrel for debate, the two MEPs dealt with the issue quite gracefully following the event. Neither seemed to wish to continue a slanging match. Kamall explained his behaviour as simply the remnants of growing up in North London.

This is what desperation looks like… @BBCNews @PoliticoRyan @MailOnline @Telegraph https://t.co/Idsuavh0la

At times, what passes for political debate appears to be simply politicians slagging each other off – often a criticism of Prime Minister’s Questions in particular. And it almost certainly contributes to why so many refuse to vote. If MPs can’t get through a day’s work without brazenly disrespecting each other, they can’t expect to win the public’s respect any time soon.