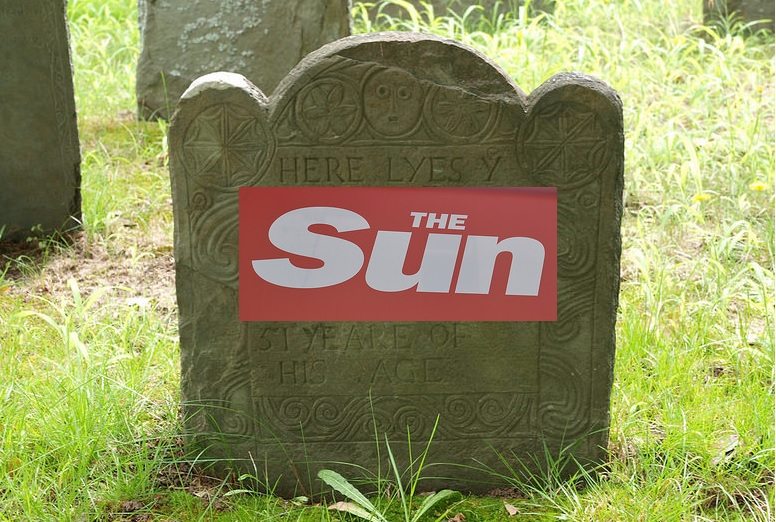 An email exchange has been submitted as evidence against The Sun which allegedly shows that phone-hacking was approved by a senior official at the paper.

Since the News of the World (NoW) title was closed due to its own phone-hacking scandal, Murdoch and his colleagues have vehemently denied that similar aspersions could be made about The Sun. But with the emergence of such evidence, these cheerleaders could soon find themselves in a completely indefensible situation, and with another title in ruins.

The emails were presented as part of a “new flank” of claims against The Sun, which emerged early this year. The judge is currently considering whether to allow the claims against the newspaper to be heard. According to The Guardian, the trial will probably start next year if it goes ahead.

Monitored over the weekend and there is nothing new. She may not be using it at the moment. Will keep on but not hopeful. Have a couple of other irons in the fire. Regards Greg.

Miskiw, who was convicted in 2014 for his role in the NoW’s phone-hacking crimes, then asks for remuneration in the form of “a shift, or two”. Webster replies, “Of course”.

The ‘fiona’ in question is believed to be the sister of Heather Mills. In 2006, the year the exchange took place, Heather Mills went through a high-profile separation from former Beatles member Paul McCartney.

A spokesperson for News UK – previously known as News International – has responded, saying:

Today, certain claimants seeking financial settlements arising from activities at the News of the World have made unsubstantiated claims against the Sun. If the court permits such claims to proceed, the Sun will defend them vigorously.

But these “unsubstantiated claims” are largely being made by previous employees of Murdoch’s empire. The email exchange was offered up by Miskiw himself, and ex-employees Glenn Mulcaire and Paul McMullan are also allegedly providing evidence.

And presumably, those who were hired by the newsroom should know what went on inside it.

This could be just the tip of a very dramatic iceberg. At present, there are reportedly four claimants attempting to bring a case against The Sun, but if the judge allows the trial the claimants’ lawyers say there may be more alleged victims prepared to join.

News UK is already facing a trial for remaining claims against NoW hacking. A further case against The Sun would more than pile on the pressure.

And this is just one email. It appears that evidence is forthcoming which relates to 40 articles allegedly sourced through phone-hacking. If history is apt to repeat itself – and we know it often does – this could be the harbinger of The Sun‘s demise.

That’s the thing about empires. They can be built, but they can also fall. And most do, eventually.

This article was updated at 17.08 on 28/04. It previously listed Geoff Webster as an executive editor at The Sun. It has been corrected to reflect his position as associate editor.

– Keep up to date hacking news with Hacked Off.

– Support The Canary so we can keep bringing you this news.