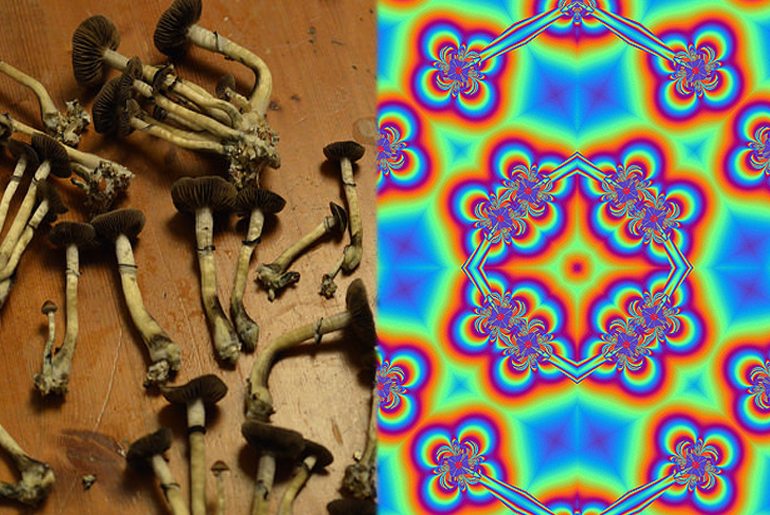 “We need to talk”. We’ve all been there. You’re madly in love and can’t stop smiling. On cloud nine. Then, out of the blue, you find out that your significant other isn’t feeling the same way. Down to earth you drop. Your feelings of social rejection, anxiety and maybe even depression follow shortly afterwards. To overcome these feelings, new research suggests that “magic mushrooms” might actually do you some good…

A study published this week in PNAS looked at psilocybin – more commonly called “magic mushrooms” – and its effectiveness at treating certain psychological disorders related to “social pain”, which is the feeling of pain associated with rejection or loss. The pain from a break-up, bullying, or rejection from a social group for example.

Volunteers were made to feel social pain by slowly being excluded from a video game with two other players. At the same time, they were given either the magic mushroom hallucinogen or a placebo. Their neural responses were studied using imaging techniques. They also filled in a survey about how they were feeling.

Those that were given magic mushrooms reported “a reduced feeling of social exclusion.” The imaging showed that the neural response to social exclusion was also decreased in these volunteers.

So, while the study doesn’t suggest you run out to your local friendly neighbourhood drug dealer when you’re feeling down and take yourself on a magical hallucinogenic journey, it does hint at new treatments that could mimic certain magic mushroom properties.

Psilocybin has actually been tested already in various clinical trials. At New York University for example, psilocybin was administered to cancer patients to help relieve their anxiety and “existential distress”. Under the influence of the treatment, patients apparently:

transcend their primary identification with their bodies and experience ego-free states… and return with a new perspective and profound acceptance.

In another clinical trial studying brain activity at Imperial College London, Michael Mosley wrote for the BBC about his experience in taking the drug as part of the trial:

For an instant there was nothing. Then it was like that moment in a Star Trek film when the space ship goes into hyperdrive. The walls of the scanner dissolved and I took off to the stars. I saw intense colours and patterns. It was beautiful, but disturbing.

Quite the trip. But results from most trials seem promising so far.

The PNAS study reported here only included 21 volunteers, none of whom were suffering from severe psychological disorders – it needs to be repeated and expanded to confirm the findings.

But the research is encouraging. Psilocybin acts much more specifically compared to antidepressants currently on the market. Drugs like psilocybin could target depression or anxiety more directly.

One of the lead study authors, and a trained mycologist, Katrin Preller tells the Washington Post that although the study was small:

her team has taken a step toward uncovering the mechanism behind a possible treatment.

So although we’re likely years away from actually using psilocybin as a therapeutic, the future looks bright for this potential antidepressant. And perhaps a little trippy.