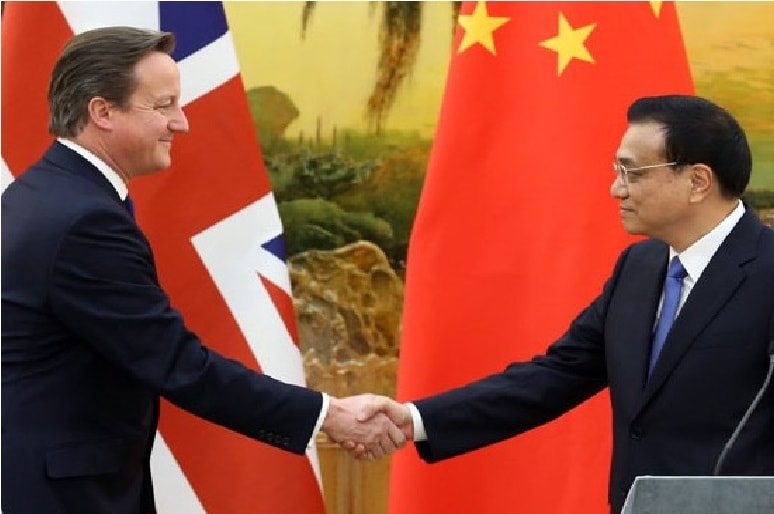 The government just announced that it is prepared to take up to a 25% stake in Tata Steel’s UK assets in order to sweeten the deal for a private buyer. The announcement comes after the Indian company decided to pull out of Britain last month, putting up to 40,000 jobs at risk.

However, an understanding of what British steel is up against reveals that this is a token effort that will not save the industry. China’s state-owned, fully-subsidised steel companies are flooding the marketplace with cheap steel. Britain cannot compete – to the point where even if companies here are making no profit, Chinese steel will still be cheaper. So from the beginning we know there cannot be a ‘free market’ solution (originally favoured by the government), because China is playing a whole different game.

Very cheap Chinese exports led to Tata Steel losing more than £1m a day, with a source last month stating they’d “give it away for nothing.” So what private buyer is going to be able to tackle the might of the Chinese state, even with 25% part-nationalisation and hundreds of millions in debt relief?

The Chinese state is fully undercutting the global steel market. And Beijing refuses to stop ‘dumping’ despite worldwide pressure. Its steel exports soared to record highs this March, up 30% from a year ago. Yet its major steel mills reported combined losses of $1.76bn for the first two months of 2016.

Why is China selling steel at such a loss?

It’s not just Tata Steel’s UK companies that are failing. Australian steelmaker Arrium has gone into ‘voluntary administration’ (an insolvency procedure), while ArcelorMittal (present in more than 60 countries and the world’s leading steel company) has stated net losses since 2012.

And this may be China’s aim. We have seen this with Starbucks – they intentionally operate at a loss in order to put competitors out of business. After that, they have the marketplace to themselves and can slowly raise prices. And more recently, we see this with Uber – the super cheap taxi rides sweeping through nations across the world. Bankrolled by Goldman Sach, Google and Amazon, Uber can afford to operate at a loss to play the long game – bury the competition first, then enjoy an uncontested marketplace.

Private interests now have so much money offshore that they can afford to buy out entire markets. But it’s not just Western capitalists who can use this ruthless tactic. China also seems to be using its huge state power to obliterate the competition and hoover up the global marketplace. And on 21 April, it declined signing an international agreement to balance a market dominated by Chinese mills.

But this is not the only possible explanation. CNN reports that the yuan

is down about 1.2% against the dollar since the start of the year. It has lost about 5% over the past 12 months.

China appears to be trying to balance that by using its reserves of foreign currencies to buy yuan. It’s a strategy many countries use, but it can drain the central bank’s “rainy day” reserve fund.

In other words, China may be trying to strengthen the yuan by buying it with its foreign currency reserves. But these funds are not unlimited – its foreign reserves dropped by $99.5bn in January 2016. Therefore, China could be selling its steel at a bargain price in order to stockpile as much foreign currency as possible, which it can then use to balance the yuan against the dollar. Karl West in The Guardian certainly thinks this is the case:

Beijing wants to grab whatever foreign cash it can on global markets by selling its products at a knockdown rate.

Whether destroying the competition is a byproduct of a strategy to acquire foreign cash or China’s actual motive is incidental. Either way, Britain cannot compete with Chinese steel – whether the government partly nationalises it or not.

Considering that China is continuing to increase its steel exports at a loss, full nationalisation may only create a race to the bottom – who can afford to lose the most money? But whatever the outcome, it is not the game Britain wants to play.

Instead of actively blocking EU proposals to impose tariffs on Chinese steel, the British government should be calling for them. At present, EU anti-dumping tariffs stand between 9% and 16%.

China’s tariffs are not quite so low. They recently whacked a 46% import duty on a type of steel made by Tata. And neither are the USA’s. Uncle Sam recently slapped a 265% duty on some types of China’s steel imports.

Trade unions across the EU should unite and demand that the EU wakes up to the reality of China’s steel dumping. Suitable tariffs must be imposed to stop China consuming the global steel industry.

China’s steel-producing state powerhouse cannot be matched by a private buyer – even if they have government support. We need appropriate EU-wide tariffs to offset Chinese dumping or the industry is finished.