Run! Your child will be healthier - Canary 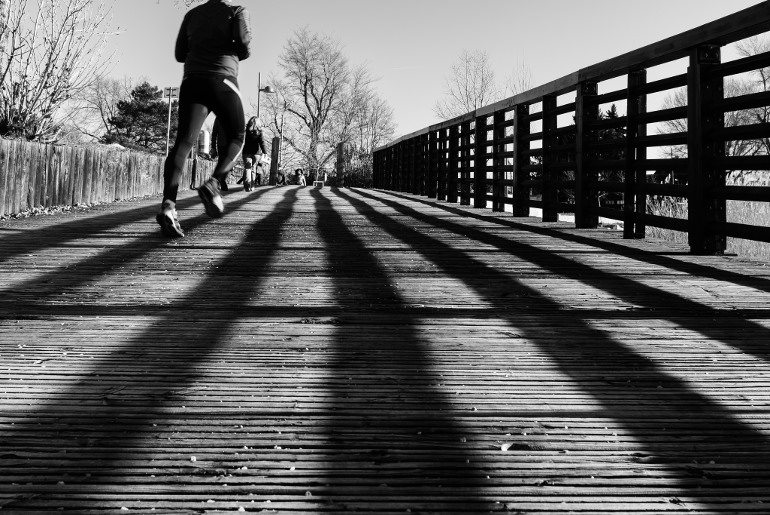 A new study in mice shows that voluntary exercise during pregnancy promotes physical exercise in their offspring. These results add to mounting evidence showing that some traits acquired during our lives can be passed on to our descendants.

At the end of the 19th century a German biologist called August Weismann cut the tails of 68 white mice during five consecutive generations without seeing any change in the length of the tails of their descendants.

That simple experiment put an end to the idea that physical changes experienced during our life are transmitted to our progeny. The reason would be that we are determined by the genes that we inherit from our parents and hence only mutations in the cells that produce spermatozoa or ovules can have an impact on the next generation.

However, we now know that there’s more to inheritance than what is coded in our genes. Maternal malnutrition or obesity, for example, are known to have metabolic consequences for offspring that can linger for generations. The good news? Beneficial traits can be passed on, too.

Researchers from the Baylor College of Medicine, in Houston, have now shown that physical exercise during pregnancy can have long-lasting beneficial effects for progeny. They separated pregnant female mice into two groups: one that had access to a running wheel, and one where the running wheel was locked. Although the pups born to exercised mothers were slightly heavier at birth, these small weight differences faded when the pups were a few days old. Despite this, these animals outperformed those born to sedentary mothers in physical activity tests throughout their lives and lost more weight in response to a three-week voluntary exercise program.

But how can changes attained during life be transmitted? Rather than genetic alterations in the information coded in the DNA (the infamous mutations), these acquired features are the product of adjustments in the regulation of how that information is used by the cells, and hence these kind of modifications are termed epigenetic.

Not just for mothers

But expectant mothers are not the only ones who should mind their habits. Both female and male lifestyles can induce changes in the next generation. For example, studies in rats have shown that chronic self administration of cocaine in males before mating promotes cocaine resistance in male offspring. And injections of morphine to adolescent female rats increase the sensitivity of their male offspring to the analgesic effects of morphine.

In humans, these effects are often obscured by social and environmental factors and it is difficult to know if a certain behaviour is caused by a genetic predisposition, a learned practice, or an acquired epigenetic modification. However, food habits seem to be well linked to epigenetic changes. Reports indicate that famine during early stages of life promotes glucose intolerance, obesity and coronary heart disease and that these traits are inheritable.

Summing up, there’s good news and bad news. On the one hand, the research shows that humans are more flexible than we once thought and our genes do not define us. On the other hand, what we do can have consequences for our children and the children of our children. With great power comes great responsibility.