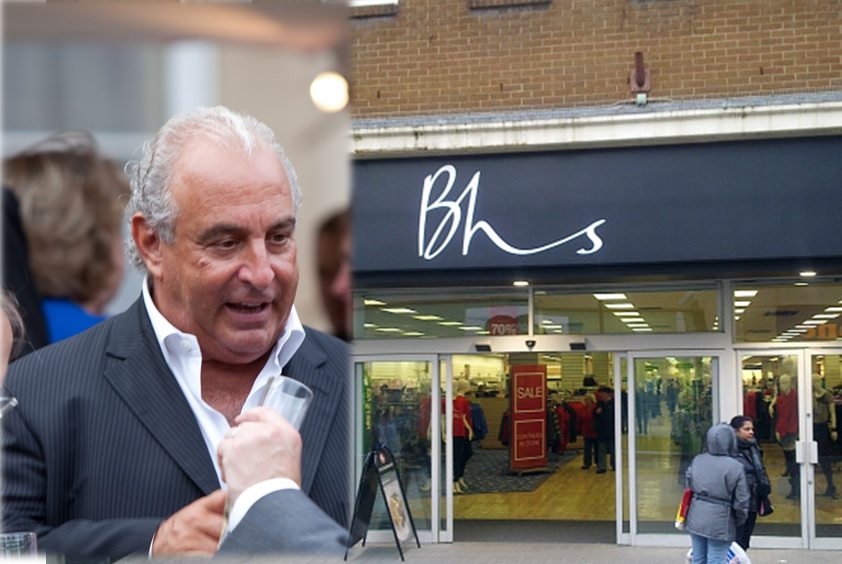 On 25 April, department store British Home Stores (BHS) finally collapsed into administration. This left 11,000 employees facing an uncertain future. Below are three key facts about the BHS crisis which show why it’s a matter of concern for all of us.

Retail tycoon Philip Green and his wife Tina are one of Britain’s richest families – worth somewhere between £3.2bn and £5bn. Green is currently Chairman of the Arcadia Group – which owns shops like Miss Selfridge, Topshop, Dorothy Perkins, and Burton. Tina is the official owner of Arcadia and is based in Monaco, where there are no capital gains, wealth, or income taxes. But in spite of Arcadia’s tax avoidance and poor record on workers’ rights, David Cameron employed Philip Green as a government adviser in 2010.

Between 2000 and 2015, the Greens owned BHS and collected £586m from the company in the process. But at the same time, the BHS pension fund fell from a £5m surplus to a deficit of £225.6m. The billionaires won big but failed to turn the company’s fortunes around.

They sold BHS to Retail Acquisitions, a group of lawyers and investors, for just £1 in 2015.

As The Canary described on 25 April, BHS was bought and sold in the knowledge that the Pension Protection Fund – funded by a tax on anyone who pays into a pension – would eventually step in to deal with BHS’ pension deficit. It’s perhaps no surprise, then, that Retail Acquisitions milked the company right to the end.

Like the Greens, Retail Acquisitions failed to revitalise BHS. But it did manage to earn £25m in its year in charge of the company, while leaving the pension deficit at £571m on 25 April – the day it officially called in the administrators.

Between 2000 and 2016, the situation at BHS could have been turned around. It may well have been old-fashioned and not relevant to the needs or desires of today’s shoppers, but as founder of creative communications agency Portas, Mary Portas, says:

The Greens and their successors may have lacked imagination, then. Or perhaps they were just more focused on the money they could make for themselves out of the venture.

3) A pattern of private profits and public bailouts

As previous BHS owners walk away with their pockets full, taxpayers are now likely to pick up the pieces. And according to a Guardian editorial on 25 April, this is characteristic of modern business practices.

even if the retail aspect of the BHS story strikes a dated note, the financial dealings behind the scenes are bang up to date, typifying the ugly realities of the modern British way of doing business.

As an example, the Guardian refers to the story of Boots, which was bought by “aggressive and footloose finance” in 2007. Since then, it insists, the company’s stores have been:

weighed down with mighty debts, and then the liabilities serviced by sweating the staff and maximising payments from the NHS.

Meanwhile, Labour’s Diana Johnson spoke in parliament about how BHS could be another Comet, whose collapse in 2012 led to 7,000 redundancies. These layoffs were funded with around £100m of taxpayer money. And just like BHS, Comet had been bought for just a pound by a private firm, which led it into debt before walking away.

The ‘unacceptable face of capitalism’

Workers’ pensions should definitely be paid. But as shopworkers’ union Usdaw says, taxpayers should not have to pay for the pensions deficit created by former BHS owners. In fact, even Conservatives have been left feeling disgusted at the business practices which have led BHS into administration. Tory MP Richard Fuller said in parliament on 25 April:

if that sale [from Philip Green to Retail Acquisitions] was done on the understanding that it was avoiding a responsibility for those pension losses, then that £1 he received was equivalent to 30 pieces of silver in his betrayal of the employees and pensioners of BHS.

He followed this up by calling Philip Green “the unacceptable face of capitalism”.

But Green is not the only “unacceptable face of capitalism”. The BHS crisis is just one in a long line which has exposed once again the cold-blooded greed which lies at the very centre of capitalist economics.

– Sign this petition calling for Philip Green to cough up what he owes.

– See how grassroots community organisations in the UK have been encouraging the growth of cooperative enterprises.