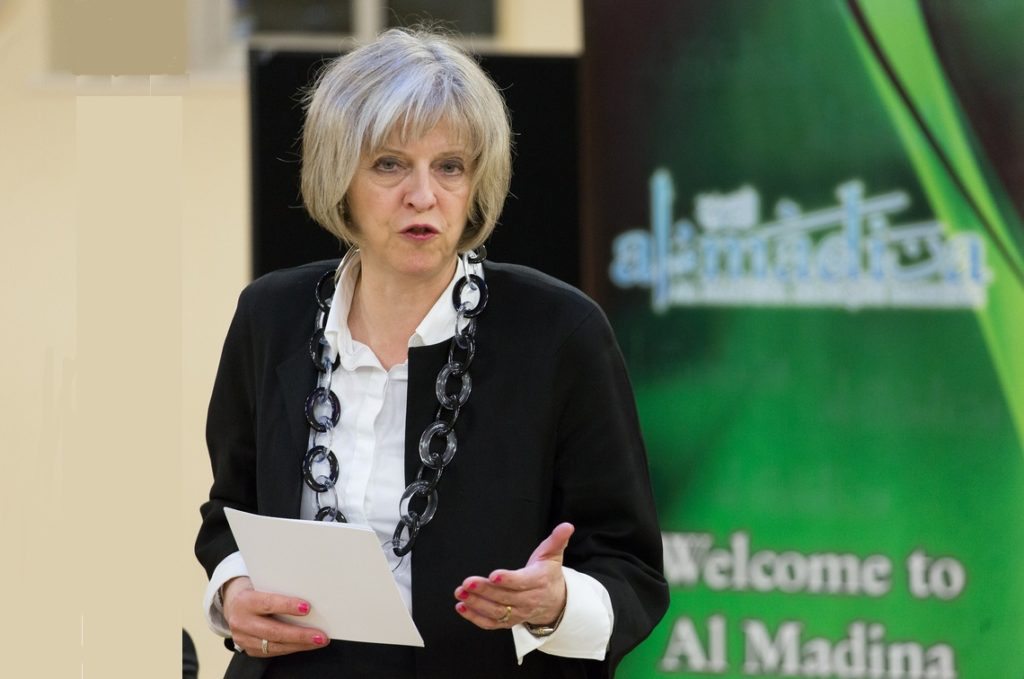 On Monday night, immediately after MPs voted by 294 to 276 not to take in 3,000 unaccompanied refugee children, Theresa May cracked a smile. This out-of-touch reaction steers the Conservatives ever further towards oblivion – it is totally at odds with public opinion:

The utter lack of compassion shown by my government leaves me ashamed and embarrassed to be British. #3000children

And unfortunately for May, her reaction only further impassioned Lord Dubs (who tabled the motion):

You might be smiling, but I’m not giving up!

Previously a refugee child himself, Dubs wants these children to have the same humane treatment he did. He arrived in Britain through the ‘Kindertransport’ initiative – a program for refugee children fleeing Germany, Czechoslovakia and Austria before the Second World War.

When asked if today’s government would save those 10,000 refugee children – including himself – from the Nazis, Dubs said:

Considering the Conservatives are turning away just a third of that now, it’s a fair comment. Only five Tory MPs voted against David Cameron’s party line to reject the children.

In 2015, the UK took in only 3% of the unaccompanied refugee children that entered the EU – totaling around 3,000. Meanwhile, Sweden alone received over 35,000 unaccompanied children in the same year.

This is despite the leading role we have played in devastating Iraq, Syria and Libya.

Imagine voting to bomb a country to the ground, then voting against offering help to the #3000children who's homes were blown up. Tories eh?

Our grandchildren will ask us how we stood to one side and abandoned #3000children whilst helping to bomb them out of their homes.
Good luck

In December 2015, MPs voted to bomb Syria with no clear endgame, apart from a vague notion of ‘destroying ISIS’ (Daesh). On the one hand you have Daesh and extremist groups, and on the other you have the tyrannical Assad administration. Bombing a country without a clear vision for victory is both incompetent and irresponsible. And this is before glancing at Britain’s role in the 2003 Iraq war.

Fast-forward to April 2016, and the government has shamed the entire nation by turning its back on the children it helped to displace.

Twitter exemplifies how far away the Conservatives are drifting from public opinion:

If the Tories were hoping to improve their "image" their vote on #3000children does exactly the opposite. Pointless, ideological and cruel.

It seems, for the Conservatives, whether to accept 3,000 helpless refugee children is primarily a political, not a humanitarian decision. Hostility towards immigrants has been bubbling ahead of the EU referendum. Perhaps they conflated immigrants with refugee children when making their decision. But whatever their motive, it has ultimately backfired:

#3000children Shame on you UK , one of the richest countries in the world

We are the fifth largest economy.

Tory MPs have voted to leave #3000children refugees in Europe. It appears that history has taught them nothing. pic.twitter.com/XXKG1e1k8e

We learn about the horrors of the Holocaust in school. Why is the government not putting those lessons into practice?

An evacuee on a Sussex farm in 1940 greets a lamb. A scene of peace amidst the horrors of war…#3000children pic.twitter.com/3VDERgKosN

The refugees being rejected today will not have the same sanctuary we see in this moving scene. Lord Dubs has said:

It’s 2016. Europe is a sophisticated continent. We’ve got children adrift, children that have disappeared, children vulnerable to being lured into prostitution, vulnerable coerced into some form of slavery. It’s a pretty desperate situation.

The Prime Minister appears to have flip-flopped since only last year:

The world has lost a great man. We must never forget Sir Nicholas Winton's humanity in saving so many children from the Holocaust.

Cameron is a country mile away from being remembered in the same way. Holly Kilroy has a good question for MPs who shunned these unaccompanied children:

To the MPs who voted to refuse #3000children, in desperate danger & alone in the world, a place to be safe – Why did you enter politics?

It’s important to remember that every single one of these children is a being with the same emotional palette as ourselves:

Meanwhile, the government is demonising the junior doctors:

Just to clarify David Cameron thinks it's right to deny #3000children safety and wrong for Junior Doctors to strike.

Cameron’s selective ‘compassion’ is all too see through:

Aside from Libyan and Iraqi people, there are more than 4.5 million Syrian refugees in just five countries – Turkey, Lebanon, Jordan, Iraq and Egypt. And these refugees are often in terrible conditions. Meanwhile, the rest of the world has only offered to settle a miserly 3.6% (162,151) of this number. It is absolutely disgraceful.

The refugee children vote on Monday has captured the public’s imagination. Our ignited collective compassion must be used as a springboard to develop a more cohesive and humane overall refugee policy, otherwise the Conservatives will continue to drag us onto the wrong side of history.

Volunteer or donate to the refugees in Calais.