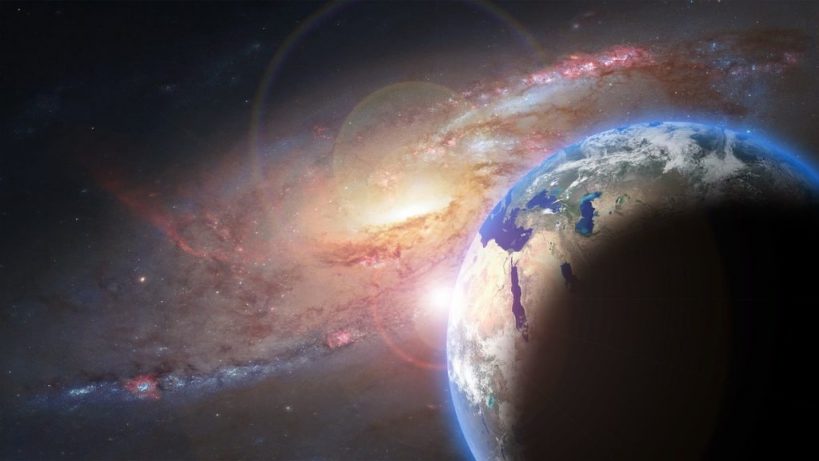 Habitable worlds within reach of Earth are just for the movies, right? Wrong. In true “Interstellar” fashion, two planets thought to be potentially habitable have been confirmed to be rocky worlds that could possibly support life.

Scientists from MIT, the University of Liege and elsewhere published a groundbreaking paper this week in Nature that could change life as we know it.

At the beginning of May this year, the team discovered a planetary system that hosted three Earth-sized worlds that were potentially habitable. However, the team didn’t know whether these planets were gaseous in nature with large diffuse atmospheres, like Jupiter, or rocky and compact, like Earth.

The team describe the planetary system as being a “mere” 40 light-years away from Earth. To put this into perspective, that’s around 400 trillion km. It would currently take hundreds of thousands of years to reach the planets using present-day spacecraft. But this time could imaginably be reduced with future spacecraft technology.

Now, the team can confirm that two out of three of these planets are primarily rocky, further strengthening the case that these planets could possibly support human life.

Now we can say that these planets are rocky. Now the question is, what kind of atmosphere do they have?

The scientists were able to determine this by commandeering NASA’s Hubble Space Telescope. They pointed it at the planetary system’s main star, named TRAPPIST-1, and were able to record a rare event; the two planets simultaneously passing each other in front of the star. This unusual event allowed the scientists to study the atmosphere of both of the planets at the same time.

The planets are between 20 and 100 times closer to their star than Earth is to the sun. Because their star is so much fainter than our sun, researchers think that at least one of the planets, and possibly both, may be within the star’s habitable zone, where moderate temperatures could allow for liquid water to pool.

De Wit and his colleagues want to study the TRAPPIST-1 planetary system in more depth, and try to discover other similar systems. To do so, they are working to establish more telescopes on the ground.

TRAPPIST-1 is known as an “ultracool dwarf star” – a type of star that is typically much cooler than the sun – and it was initially found using a type of telescope that can survey the sky in infrared. Despite being so close to the Earth, this star is too dim and too red to be seen with the naked eye or even with a large amateur telescope.

The team have formed a consortium called SPECULOOS (Search for habitable Planets Eclipsing ULtra-cOOl Stars) and are working on building four larger versions of the telescope initially used to find the star, in order to “pre-screen” stars with potentially habitable planets.

Each telescope is about $400,000 – about the price of an apartment in Cambridge,

Scientists may use these new telescopes to identify candidate planets that just might be habitable, then follow up with more detailed observations using powerful telescopes such as Hubble and NASA’s James Webb Telescope, which is scheduled to launch in October 2018.

With more observations using Hubble, and further down the road with James Webb, we can know not only what kind of atmosphere planets like TRAPPIST-1 have, but also what is within these atmospheres,

These planets are the first Earth-sized worlds found in the SPECULOOS survey, which will search more than 1,000 nearby red dwarf stars for Earth-sized worlds. So far, the survey has analyzed only 15 of those stars.

Clearly we are still many lifetimes away from jumping ship and moving to a new Earth (and watching Starbuck from “Battlestar Galactica” disappear into thin air just as we’re setting up camp), however, this exciting discovery gives us a glimpse into a future that is not so far-removed from science fiction.