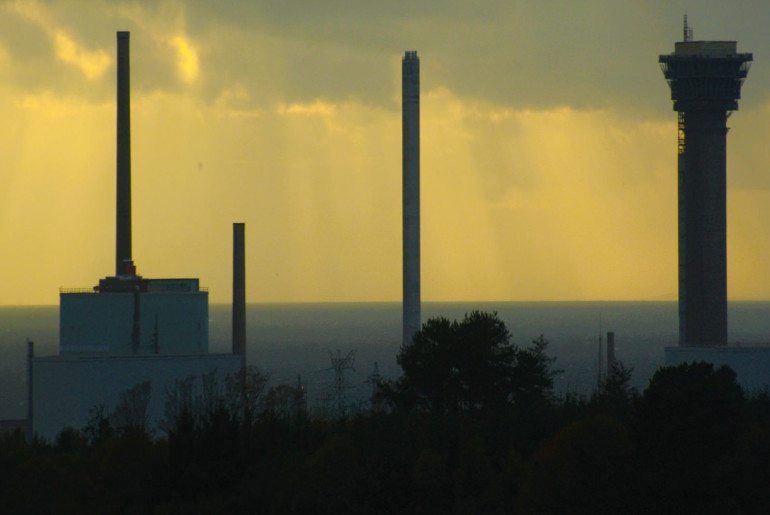 Sloppy working procedures at Sellafield outed by BBC Panorama have just underscored the risks posed by nuclear power. According to an investigation sparked by a whistleblower, parts of the nuclear facility are being operated below minimum staff levels, and radioactive materials are being inadequately stored in plastic bottles.

The revelation comes as the government discusses the details of a major investment to build the Hinkley Point C nuclear power station, a project which has been severely criticised by nuclear experts and called “the most expensive object on earth” by critics.

According to the whistleblower, a former senior manager at the Sellafield plant:

If there is a fire there it could generate a plume of radiological waste that will go across Western Europe.

Figures gathered by Panorama indicate that, between July 2012 and July 2013, a staggering 97 incidents were reported in which some parts of the site had too few workers. And the latest figures show that minimum manning levels are still being breached once a week on average.

The head of nuclear safety of Sellafield, Dr Rex Strong, has downplayed the risks, saying:

You make alternative arrangements, so the things that have to be done get done. Facilities are shut down if we’re not able to operate them in the way that we want to.

Another issue is how radioactive material is being handled.

The investigation showed that liquids containing uranium and plutonium have been kept and stored in plastic bottles for years. There are currently more than 2,000 bottles on the site.

Issues surrounding the storage of spent nuclear fuel are real and should not be dismissed. Sellafield holds the largest stockpile of civil plutonium in the world, which is being stored without a long-term plan. And the fact that even simple things such as storage of radioactive material are being dismissed seems to invalidate the argument that modern designs and engineering makes plants safer.

Leaked reports have also pointed to “years of neglect” and “intolerable conditions” regarding Sellafield’s emergency management and maintenance of the site’s infrastructure.

Such breaches of safety protocol call into question the ability of regulatory agencies to enforce rules. The case is especially worrying as Sellafield is one of the oldest nuclear plants in the UK, and its safety protocols should be the gold standard.

The reaction of Meg Hillier MP, chair of the Public Accounts Committee, is telling:

It is incredible. It defies belief actually that anything could be working at below safe staffing levels. There is no excuse.

Originally designed as a site for the production of materials related to nuclear weapons, Sellafield now reprocesses and stores most of the nuclear waste produced in the UK.

Formerly known as Windscale, the nuclear site was renamed Sellafield following a fire in one of its reactors in 1957. The fire lasted three days and released radioactive contamination into the environment. It is considered the worst nuclear accident in the history of Great Britain.

The new revelations about Sellafield call into question the safety of the site, and should make the government reflect on its risky and expensive nuclear programmes, including that of Hinkley Point C.

– Read more about why nuclear energy is not the answer here, see the debunked myths about renewable energy, and follow the No2NuclearPower website.

– See more Canary articles about nuclear energy and the environment.

– Read more Science articles at The Canary, and support us so we can keep bringing you the news that matters.