The Met police are using a horrific new weapon, and they don't want you to know about it [VIDEO] - Canary 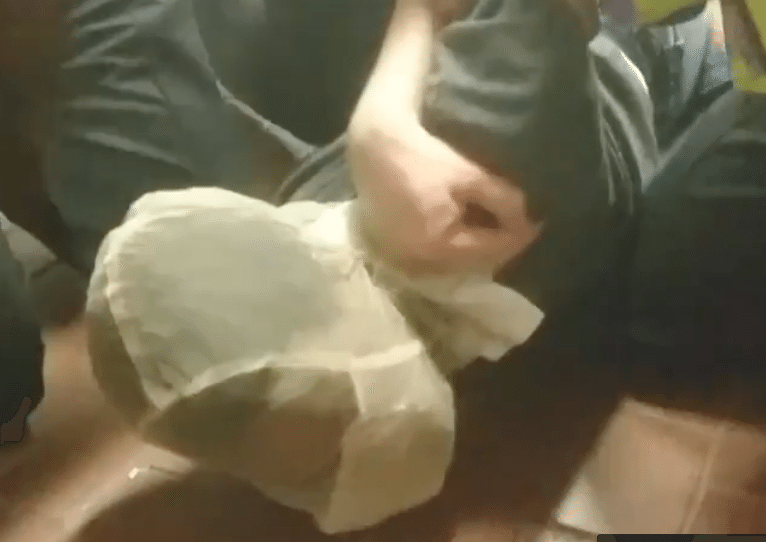 The Metropolitan police are getting a new weapon to use against suspects – but they’re so worried about how it’ll look to members of the public that they’ll only be able to use it behind closed doors, in custody suites.

The controversial ‘spit hood’ – a mesh hood used as a restraint device – has been authorised for use by the Met police, the largest police force in the UK. Under a pilot scheme, the hood will be available for police to use in custody units across the London force.

Currently, the hoods are only available to use within several regional forces, with many larger policing areas such as the West Midlands banning them. A Freedom of Information request has shown, however, that the hoods have come into action 513 times in the last year by the eight forces that use them.

Their use has been controversial, especially following reports that they have been used on children and vulnerable adults.

Sussex police were criticised by the Independent Police Complaints Commission after using the hood, along with handcuffs and leg restraints, to control an 11-year-old girl with behavioural problems. Her mother condemned the police behaviour, saying:

I can’t accept that it will ever be appropriate for the police to hood a disabled child, regardless of how they behave. I call on Sussex police to stop doing this to children immediately.

The spit hood is also authorised for use by the British Transport Police. Footage of officers using the hood against a black man went viral in July.

The man was tackled by the officers after a minor argument with his girlfriend. She is seen in the video very distressed at the way he is being treated, and slated the police’s actions as “excessive and unwarranted”.

The advent of smartphones has meant incidences of police brutality are more likely to be recorded, and the increased use of social media means the footage of this behaviour often goes viral. This was shown only last week when camera phone footage emerged of three men who were arrested and pepper sprayed in Brixton for trying to give away books.

The Police Federation claims that their use is justified on the grounds of “health and safety”. As such, the only likely reason for the Met authorising their use in custody but not on the streets is that they are worried about their already shaky reputation if footage, such as the above, emerges.

Amnesty International has been scathing about the introduction of spit hoods by the Met, saying:

Spit hoods can restrict breathing, create disorientation and can be dangerous and extremely distressing… Serious questions must be asked as to whether these restraints which have been criticised for breaching human rights guidelines should actually have a role in modern British policing.

It beggars belief that the Met police would choose to introduce these restraints in their toolkit, particularly given that so many other major British police forces have chosen to outlaw them.

Additionally, there is justified concern that the hoods will be used disproportionately against black and minority ethnic communities. Not only are these communities more likely to be stopped and searched on the street, but they are also more likely to face abuses in custody such as unnecessary strip searches.

Speaking to The Canary, the Coordinator of the Network for Police Monitoring, Kevin Blowe, stated:

Every new piece of kit is always justified on the grounds of officer safety. Yet again, there’s no regard to the long history of violently misusing equipment against people with mental health issues and those who are routinely targeted by the police, particularly young people from minority communities.

Imagine the feeling of fear and extreme distress at having one of these hoods placed over your head, not simply as a protection for officers but as a form of restraint. Imagine struggling in panic, only for officers to use even more intensive restraint techniques against you.

This is how very vulnerable people have died in police custody in the past. It happened with the introduction of CS spray, positional restraint techniques and Tasers. Our concern is that it’s only a matter of time before spit hoods are a contributor to another grieving family’s search for answers about the death of a loved one.

The Human Rights Act provides protection from “inhumane or degrading treatment”. The use of these hoods against all people is inhumane and degrading, but especially when used against children or other vulnerable citizens.

Instead of rolling out their use, the hoods should be banned across all police forces. And we should all be concerned that the Met are only being allowed to use them behind closed doors.