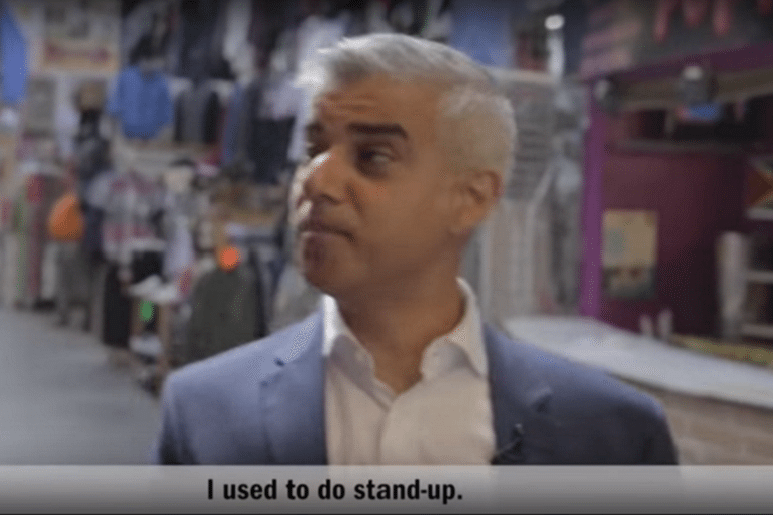 In an interview with Time Out London, London Mayor Sadiq Khan tells the interviewer, Alexi Duggins, a joke. But despite attempting to fill former ‘funny man’ Boris Johnson’s shoes, many appear not to get Khan’s humour at all. Instead, hundreds have taken to social media with some jokes of their own and to call Khan out on his performance as Mayor of London.

The success of Khan’s first 100 days as mayor is debatable. It began full of promises: to increase the availability of affordable housing in London, to improve transport links, to introduce a pedestrianisation scheme, and to implement a low emissions zone to combat air pollution in the city.

But it turned out that Khan may not be able to fulfil his initial promises – including his pedestrianisation scheme and, perhaps most importantly, his flagship promise to freeze transport prices. And some members of the public have been questioning his ability to live up to the role.

While Khan has received some positive feedback for his joke, many are choosing to instead focus on Khan’s time as mayor.

On the Time Out London Facebook page, these comments are some of the most popular on the video: 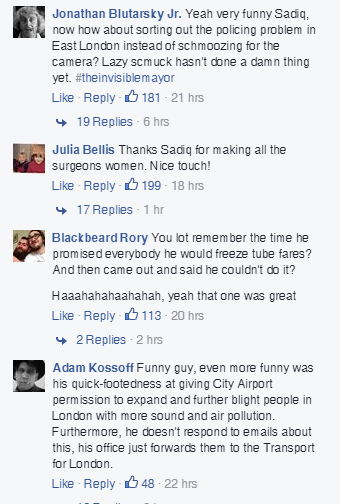 You lot remember the time he promised everybody he would freeze tube fares? And then came out and said he couldn’t do it? Haaahahahaahahah, yeah that one was great.

Funny guy, even more funny was his quick-footedness at giving City Airport permission to expand and further blight people in London with more sounds and air pollution.

While Khan presents himself as a man of the people, talking in the interview with Time Out about his childhood in Tooting and his favourite chicken shops, many people just aren’t buying it.

It appears Johnson could get away with being the comical mayor, but now the public just wants results. Voters want fulfilled promises.

They are sending a clear message to Khan: less chatting and more action.

– Read more about Sadiq Khan at The Canary.

– Read the full interview with Sadiq Khan at Time Out London.