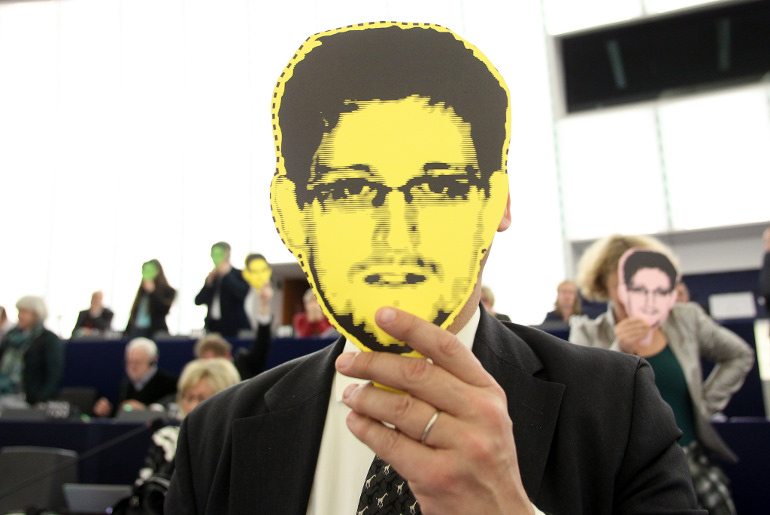 In 2013, Edward Snowden leaked thousands of documents from the US National Security Agency (NSA) that revealed a massive scheme of mass surveillance. Three years have passed, but the consequences of those revelations can still be felt. The latest one was took place on 1 October, when the US government gave up its remaining control over the internet.

Many of the ‘backstage’ operations which go on while we’re using the internet are controlled by the Internet Assigned Numbers Authority (IANA). The IANA oversees the attribution of things like IP addresses and domain name systems. For the last 18 years, it has been under the control of the US Department of Commerce. But on 1 October, following the expiration of the current contract, the US government handed over control to a non-profit organisation called ICANN, Internet Corporation for Assigned Names and Numbers.

In fact, ICANN has been running IANA de facto since its incorporation, in 1999. What has changed now is that, instead of acting through a contract awarded to them by a government-dependent administration, the ICANN now has the contract in its own hands. Which means that the US government is left out of the equation.

But why is the US government giving up control?

In 2000, the US Department of Commerce awarded ICANN with its first contract to manage IANA. Almost since then, ICANN has been asking to have full control over IANA, something the US government refused. Then, after years of push and pull, Snowden stepped in.

Edward Snowden’s disclosure of the US government’s global surveillance activities played a prominent role in changing their attitude towards privatisation of IANA.

In 2013, following the NSA revelations, a number of organisations involved in coordinating the internet infrastructure issued a common statement known as the Montevideo Statement on the Future of Internet Cooperation. The statement called for, among other things, “accelerating the globalisation of ICANN and IANA functions, towards an environment in which all stakeholders, including all governments, participate on an equal footing”.

In 2014, the US (through its National Telecommunications and Information Administration) finally agreed to hand over IANA to ICANN, although it has taken it two years to consider that ICANN is ready to do the task by itself.

The pressure of the mass surveillance programmes put the US in a difficult diplomatic position. As Michael Chertoff, former Homeland Security secretary, says:

We have to realize that even though we know our motives are good motives, there are people who will argue that if we don’t give it up that we have bad motives. To maintain credibility we have to go through this process.

The decision has not gone down well with some sectors of US society.

There was even a last-minute lawsuit filed by the attorney generals of four states to prevent the handover. They argued that it could put the First Amendment, that guarantees freedom of speech, at risk. Republican senator Ted Cruz went on to say:

Russia, and China, and Iran don’t have a First Amendment. They don’t protect free speech, and they actively censor the Internet. ICANN could do the same thing, putting foreign countries in charge of what you can say online, prohibiting speech that they disagree with.

But just a few hours before the switch was made, a judge in Galveston, Texas, dismissed the motion.

Internet experts received the news with cautious optimism. While most of them consider that the decision ensures that the internet will remain free and open, there are also concerns on what ICANN can do with its newly granted power.

In theory, ICANN works under a ‘multistakeholder model‘, meaning that different individuals and organisations participate in the process of developing consensus policies. In ICANN’s own words:

Unlike more traditional, top-down governance models, where governments make policy decisions, the multi-stakeholder approach used by ICANN allows for community-based consensus-driven policy-making. The idea is that Internet governance should mimic the structure of the Internet itself – border-less and open to all.

While this looks good on paper, ICANN’s Board of Directors hold a great deal of power, as they have the final word involving every decision.

Over the last year, the internet community has devised several procedural changes to keep ICANN’s board and staff in check. Among them is granting the community something that equates to ‘full membership’, and power to remove members of the board if they fail to act on the internet’s broader interests, or to veto the organisation’s budget.

ICANN has resisted measures to increase its transparency and accountability, while they have also been able to remove every attempt to limit their own power. Paradoxically, now that the ICANN has taken over the control of IANA, the fight for power might just have began.

Disclaimer: The article originally stated that the last-minute lawsuit had been filed by a number of internet organisations, including the Internet Association. Instead, the lawsuit was filed by the attorney generals of four states. The Internet Association supported the US government’s decision of handing over IANA to ICANN, and even filed an amicus brief. This information has been corrected now.