While the UK establishment carps on about Corbyn, Theresa May has taken a wrecking ball to the place - The Canary 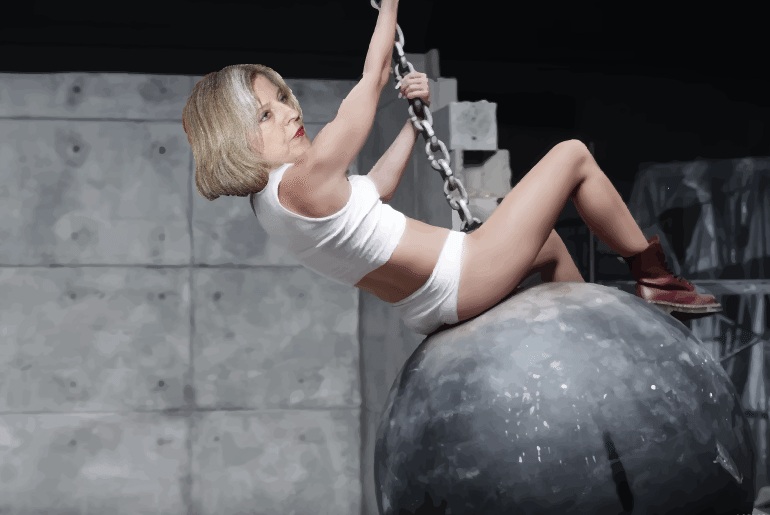 Theresa May must be the most grateful woman on Earth right now. The obsessive and botched attempts to topple Jeremy Corbyn by Labour MPs, liberal commentators, and the press have given May virtual free reign to kick off what is looking like one of the most authoritarian and regressive governments in British history.

Murdoch, May and Brexit

The media and Labour elites have focused on Corbyn’s position on Brexit even though he made 123 media appearances in favour of Remain during the EU referendum campaign, which was more appearances than almost any other politician.

By contrast, Theresa May – who was leading the Home Office at the time – made just one public appearance in favour of Remain during the entire campaign.

Labour voters supported Remain in roughly the same numbers as Scottish voters (65%) – and no one has been branding Nicola Sturgeon a failure on the issue. Quite the opposite. Meanwhile, just 39% of Conservative voters heeded May and Cameron’s call to vote to remain in the EU.

Yet May seems to have been given a free pass on the matter, while media ire focuses on the so-called Three Brexiteers: Boris Johnson, Liam Fox and David Davis. May’s only contribution on clarifying what Brexit would mean for Britain is that it would mean Brexit.

After weeks of virtual radio silence on the matter, the new Prime Minister held a ‘behind closed doors’ meeting with media mogul and pro-Brexiter Rupert Murdoch in New York. It has been reported that Murdoch (the owner of The Times and The Sun newspapers) once told journalist Anthony Hilton that he hated the EU, because:

It would seem that Murdoch got his way, as just days after the meeting, May had a plan. Ahead of the Conservative Party Conference, May announced that Article 50 will be invoked in the first quarter of 2017, triggering the two-year process of Britain’s withdrawal from the EU. Not only will Britain be leaving, but May will be pursuing a ‘Hard Brexit’ – the most hostile and brutal separation plan on the table. The impact on UK businesses? The impact on the 1.2 million British migrants living in EU countries, or the EU migrants living in the UK? The impact on the future of trade, science, engineering, medical and other crucial partnerships across the EU? Meh, whatever.

And barely a whimper from the official opposition in Westminster or their friends in the media, who would rather focus on the length of one man’s beard.

Theresa May has long been teasing the idea of ditching the Human Rights Act, which is how the rights conferred under the European Convention on Human Rights are underwritten in our domestic legal system. May would like to draft her own British Bill of Rights so the UK government is no longer held to account by higher standards of human rights in the EU. Just prior to the EU referendum and assuming her role in Number 10, May raised rancor in the party by announcing:

The ECHR can bind the hands of parliament, adds nothing to our prosperity, makes us less secure by preventing the deportation of dangerous foreign nationals – and does nothing to change the attitudes of governments like Russia’s when it comes to human rights.

So regardless of the EU referendum, my view is this: if we want to reform human rights laws in this country, it isn’t the EU we should leave but the ECHR and the jurisdiction of its court.

Since seizing power of the party without so much as a leadership election, May has stayed on course.

But it turns out there’s more to May’s hostility than old-fashioned Eurosceptism. It turns out that May is being investigated by the European Court of Human Rights herself. Therefore, the Prime Minister has a direct, personal interest in withdrawing powers of the court.

Anyone listening to May’s commencement speech on becoming Prime Minister might have thought they were getting a sort of Mary Berry-style matriarch in Number 10. It was all going to be peace, order, and cream teas from then on. But the most rudimentary understanding of the new PM’s past would tell you not to expect anything other than conflict and bad decisions.

Before becoming Prime Minister, Theresa May gained a reputation for being authoritarian, and merrily playing into divisive fears about immigration to gather support from the Tory heartlands. We had the racist ‘go home’ vans, we had immigration officers stopping people of colour and demanding passports in tube stations during morning commutes, we had the Snooper’s Charter, we had a litany of rights stripped away, and we had numerous negative contributions to the debate on modern Britain. Since becoming Prime Minister, nothing has changed – except she now has even greater power to implement her vision than before.

She gave a shoddy performance during her first speech at the UN. Not only did she become inarticulate and aggressive under pressure, but she made the UK a laughing stock in the process. Then her Three Brexiteers made pronouncements on the future of Britain and the EU that had to be passed off as their ‘personal opinions’ rather than government policy. May also faced bitter condemnation from her own benches, with former cabinet minister Ken Clarke saying her government had “no idea” and “no policies”.

In the midst of all this, we had the grammar schools fiasco. First, plans for a return to the utterly discredited education policy of the past was leaked. Then it was denied. Then it was admitted under duress. Now, Britain looks like it could soon be returning to a two-tier education system which we ruled elitist and out of date decades ago.

May’s government has no idea how to exit the EU. Its contribution to the immigration debate has primarily been to play into the divisive rhetoric of UKIP; its education policy is dragging Britain back to a sorry past; its health policy is preparing to cut a further £22bn from the NHS whilst simultaneously going to war with those who work in it; and the new Chancellor seems to have all of the economic prowess of a pigeon.

The Conservative government is in breakdown, and the consequences for Britain have never been so stark. Yet throughout this, the bulk of the mainstream media, commentariat, and Labour MPs have been more interested in pursuing their own vendettas than holding the government to account. Worse, they’ve forced Corbyn’s front bench to divert much needed time and energy from the task too, by requiring constant attention and placating, and then continuing to stick the boot in regardless.

Enough is enough. They need to get busy with their core duties, or they need to shuffle away into the shadows and leave the hard work to those with the capability, creativity, and courage to do it properly.