This 101-year-old man fought and won against British fascists 80 years ago, and has an important message for us now [VIDEO] - Canary 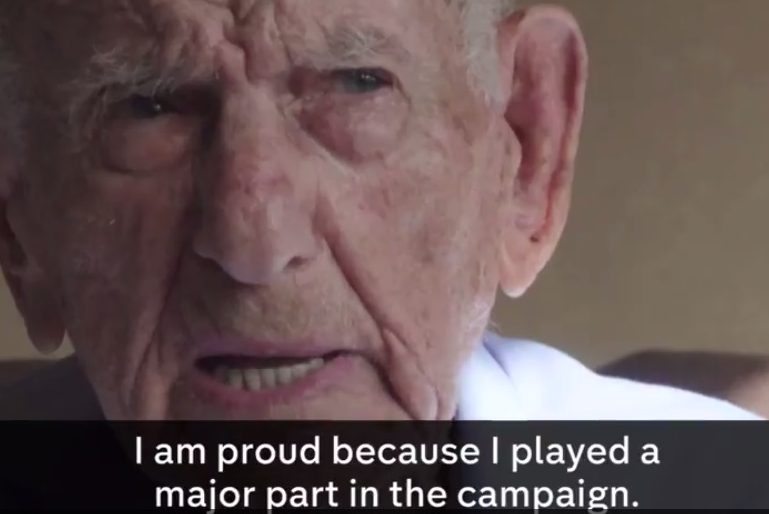 The 4 October 2016 is the 80th anniversary of the Battle of Cable Street. On that day in 1936, Oswald Mosley’s British Union of Fascists (BUF) marched into London’s East End on account of its prominent Jewish community. They were met with resistance from tens of thousands of anti-fascist activists and local residents who came out in support.

Max Levitas, who is 101 years old, was there that day. He has described what it was like to Channel 4:

“The working class were throwing marbles to stop the fascists.”
101-year-old Max Levitas shares his story of the Battle of #CableStreet80 pic.twitter.com/CryTS0ObZy

The people of Tower Hamlets came out to help Jewish people, English people, Irish people… to avoid people being killed on the case of fascism.

On the day, anti-fascists organised in the areas of East London that Mosley and the BUF intended to march through. Police attempted to clear a route via Cable Street, but the anti-fascists and locals had already built barricades. Levitas described his role:

I helped to build the barricades and spoke about why we are fighting and what they expected us to do. All the working class were throwing marbles and throwing stuff to stop the fascists coming in.

Hope Not Hate describes how police on the day beat the anti-fascist protesters. But they didn’t give up.

We don’t want fascism. We want to have peace in East London.

With the increasingly evident rise of the far right being observed across Europe and the world, these words feel particularly poignant.

We should all embody Max’s spirit, and work to continue his legacy of fighting fascism.

– Check out Hope Not Hate’s website set up to commemorate the 80th anniversary of the Battle of Cable Street.

– Read about how British right-wing newspapers backed Mosley and other fascists in the 1930s.