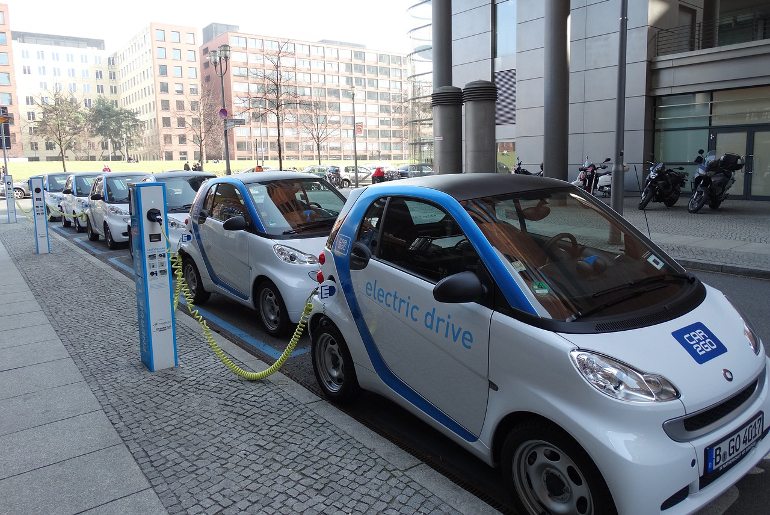 Plans to equip every new or refurbished home in Europe with its own electric vehicle charging point have been announced in a draft European Union (EU) directive. But as Europe surges ahead with green transport solutions, the UK is falling behind because commitments to the number of ultra-low-emission vehicles on its roads are well below target.

The EU directive, designed to boost the electric car market, is due to come into force before the end of the year. It also states that all new developments in the EU zone will require at least 10% of their parking spaces to have charge points by 2023.

For many people, the perceived problems of short range, time spent recharging, and limited charge points for electric cars are a big turn off. But the technology is constantly improving. Renault has just released an electric car with a 250 mile range, which will go a long way in allaying people’s fears. The increase in charge points is another turn on. Guillaume Berthier, Renault’s sales director for electric cars, said in The Guardian:

This kind of market stimulus is not just positive, it is mandatory if we want to see a massive rollout of electric vehicles in the near future…The question of how you recharge your car when you live in an apartment within a city is a very important one.

The move to electric transport provides both local short term and global long term benefits in reducing pollution. It can reduce the amount of carbon dioxide (CO2) produced by transport if the electric used for charging batteries is from renewable sources. So in the long term globally it could mitigate climate change by reducing man made CO2 output.

In the short term it can reduce the amount of pollutants (particulate matter, nitrogen dioxide and ozone) produced by combustion engines, which can become particularly concentrated in urban areas. Diesel exhaust is particularly strong in these pollutants and can cause a wide range of respiratory and other diseases.

A report released earlier this year estimated that 40,000 deaths a year are caused by outdoor air pollution in the UK. Air pollution is a matter of life and death, and the benefits to be gained by reducing it are enormous.

UK failing to meet its pledges

The UK government does not appear to be taking the threat of air pollution seriously. The government’s advisors, the Committee on Climate Change, set a target of 9% for the proportion of the UK’s car fleet to be ultra-low emission vehicles (ULEVs) by 2020. Current predictions made by the Department for Transport (DfT) show they will fall halfway short of the target.

The environmental audit committee heavily criticised the UK government for failing to increase the infrastructure and incentives needed to improve electric car use, and called for further support. Mike Hawes, a representative of the UK car industry, welcomed the committee’s findings, saying:

Renault acknowledges that increased electric car use could cause electricity supply problems, but old batteries no longer of use in electric cars could provide part of the solution. Old electric vehicle batteries that are no longer strong enough to power the vehicle can still store a significant amount of charge.

Renault is partnering with a company called Connected Energy to give these batteries a second life. The batteries are combined together into a pack which can be charged from dedicated renewable energy sources or using off-peak electricity. The energy stored can then be used for rapid electrical vehicle charging or sold back to the grid at peak times.

A 2 megawatt power station opened by BMW in Germany gives a second life to 2,600 electric vehicle batteries. The facility can store excess energy when needed, and make it available in seconds when required.

The consequences of failing to tackle air pollution will be deadly. The European Union is showing the UK a clean pair of heels in its pursuit of greener transport solutions. The UK government needs to act fast to avoid Britain once again becoming known as “the dirty man of Europe”.

– Keep up with The Canary’s coverage of Science and Technology by liking our dedicated Facebook page.