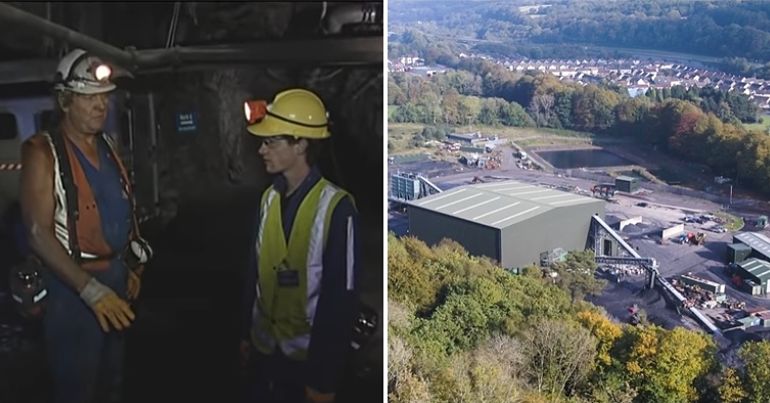 Following the UN climate summit COP26 in Glasgow in November last year, 190 countries and organisations, including the UK, agreed to:

So it’s somewhat hypocritical that Energybuild’s coal mine in Aberpergwm, near Glynneath in Wales, could soon get an extension licence. Environmental group the Coal Action Network (CAN) opposes this extension and it’s calling on both the Welsh and UK governments to block it.

However, there appears to be confusion as to which government or department makes the decision to grant or reject the extension. The Canary reveals there is disagreement between the Welsh and UK governments over responsibility for granting this extension. We also highlight CAN’s rebuttal of Energybuild’s “clean” mining claims.

Aren’t we phasing out coal?

Britain has committed to phasing out coal from its energy system by October 2024. The UK government also wants to decarbonise steel production in the UK by 2035. According to CAN, granting a licence extension at Aberpergwm undermines this:

It’s written an open letter to both the Welsh and UK governments demanding action. Additionally, over 4,000 letters have been written to Wales’s deputy climate change minister Lee Waters and Michael Gove, secretary of state for levelling up, housing and communities, to demand a block on this extension. CAN said it’s:

seeking to directly engage with relevant Ministers such as Lee Waters and Michael Gove with our recent open letter demanding a response to the over 4000 emails sent to them by people dismayed that this climate wrecking project may slip through, in the shadow of COP26.

CAN also believes the granting of this extension licence could have a knock-on effect:

Aberpergwm coal mine extension could set a dangerous precedent. Bryn Bach Coal Ltd, which operates the Glan Lash opencast coal mine, is currently awaiting a planning permission outcome on its application for an extension. They each claim to be the only suppliers of high quality anthracite coal, so have a similar (if conflicting) platform, and permission for one could bolster the chances of the other gaining permission if Ministers don’t step in.

So it believes the Welsh and UK governments need to put a moratorium on all new commercial coal mining. This, according to CAN, would send the message out that the UK really is “leading the world in phasing down coal”.

Energybuild claims the coal from its mine “fits seamlessly into the green economic revolution”. It adds that the mine is:

the only producer of high-grade anthracite in Western Europe. The area’s geology contributes to the unique characteristics of the anthracite we produce – clean burn, low emission, low sulphur, high efficiency.

The company also promises to move away from supplying the steelworks at Port Talbot. But CAN dismisses Energybuild’s claims as greenwash. It has also written to the Welsh government to rebut the company’s claims and to state that the UK already has a sufficient supply of coal to manage a coal-free steel transition. Additionally CAN wrote:

Increasing the supply and likely reducing the price in the process, is likely to jeopardise decarbonisation as it acts as a disincentive for companies to invest in alternative equipment for lower-carbon steel, and if they make the decision to replace e.g. a basic oxygen furnace, they’re locked into using coal for many years to come due to the size of investment and longevity of the equipment.

Mining in the UK won’t reduce the same amount of mining in Russia, Canada, or Colombia – it will add to it, as explained by LSE Prof. Ekins (OBE) in this interview we conducted.

It seems nobody wants to take responsibility

The Welsh government appears committed to moving away from fossil fuels:

We want to keep this coal in the ground

However, while it told The Canary it opposes the fossil fuel extraction, it says it can do nothing about the Aberpergwm extension:

We have been clear that we do not support the extraction of fossil fuels and are focused on the climate emergency.

As the original licence here was issued before licensing powers were devolved, Welsh Ministers are not able to intervene in the licensing process and appropriately apply Welsh policy.

The Canary also contacted Michael Gove’s Department for Levelling Up, Housing and Communities. Gove’s department is due to make a decision on a controversial coalmine in West Cumbria. But Gove’s department referred us to the Department for Business, Energy & Industrial Strategy (BEIS). The BEIS then said it was a matter for the coal authority and that it was Welsh ministers who needed to give their approval to the application:

The Coal Authority is responsible for licensing coal mines, including for Aberpergwm, and BEIS ministers have no formal role in the licensing process. The Coal Industry Act 1994 states, where a coal operator wants to mine in Wales, it must seek the approval of the Welsh Ministers as part of its application for a licence to do so.

It then added its position on the future of coal:

Our Net Zero Strategy makes it clear that coal has no part to play in our future power generation which is why we’re phasing it out of our electricity by 2024 – a year earlier than planned.

When we contacted the Coal Authority, it said:

To operate a coal mine an operator needs relevant rights and permissions including planning permission, a licence from the Coal Authority and to notify the Health and Safety Executive.

Under current legislation, when considering a coal licence application the Coal Authority needs to consider:

If these tests are met and the other permissions are in place then the Coal Authority has to issue a licence. In Wales additional powers were created in the Wales Act 2017 to enable Welsh Ministers to make the final decision on coal licensing matters.

The process for determining the Aberpergwm licence applications has not yet been concluded. This means that we cannot comment further at this time.

A just transition for the community

However, it should also be noted that some people in Glynneath support the mine. They say their livelihoods depend on it. So, if we’re as serious about transitioning away from fossil fuels and tackling the climate emergency as we need to be, we need governments to stop delaying and act. They also need to support this community’s transition away from coal.

Giving the local community a genuine choice means investment in infrastructure, retraining in desirable and viable jobs, and financial support for small and medium sized enterprises, particularly cooperative and social-interest companies that build and reinvest in their communities.

Communities have already begun workable energy alternatives to help the transition to sustainable energy. So it’s time the Welsh and UK governments stopped the blame game and started organising a sustainable transition for Glynneath and the wider community.